Six weeks before the country locked down in March 2020, Yunus Valli spent what he’s only willing to call “a substantial investment” overhauling the shop within his BP petrol forecourt in Sheffield.

The store was typical of the ones that Valli’s family company, Valli Forecourts, owned across the north of England: around 3,000 square feet, and a stop-off for those filling up with petrol on their way to work or travelling across the country.

Valli wanted to try and increase “dwell time” in the shop – the amount of time a customer browses the aisles before choosing to buy something. “We wanted something different, unique and something we spotted in the market there might be a demand for,” he said.

The Bramall Lane Spar convenience store became a glammed-up version of a service station. Walk through the glass door and you’re confronted with rows of pick-and-mix and a fridge full of garish drinks framing the store’s pride and joy: a three-berth Tango Ice Blast machine, which can dispense six flavours of slushie on demand. 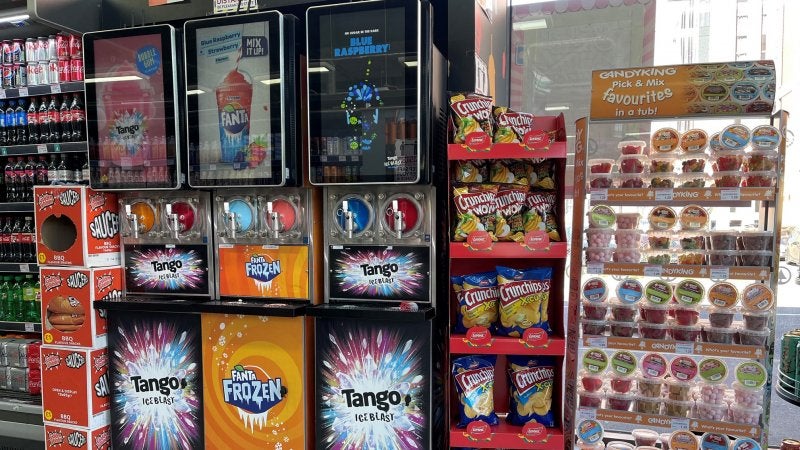 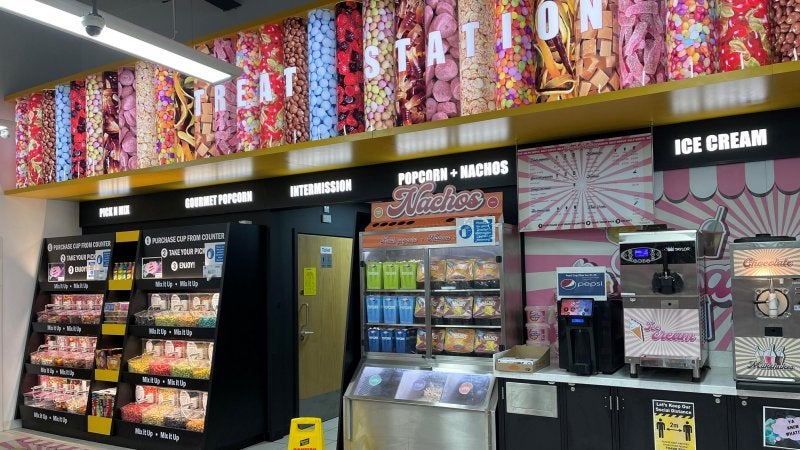 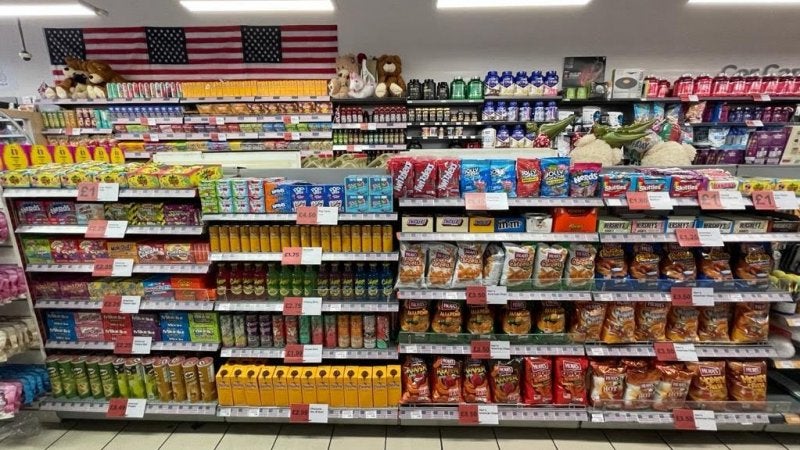 Next to the Subway counter are three milkshake machines – chocolate, vanilla and strawberry – beside a soft-serve ice cream machine. You can make your own warm nachos at the next self-service pod, or pick out your own mix of gourmet popcorn in up to a dozen flavours. Shelves emblazoned with the US flag sell E-number-laden drinks and sweets imported from the United States, with lemonades in kiwi, grapeberry and “ocean blue” flavours.

The pandemic stopped us from travelling, so the overhaul of the petrol station went unnoticed for a while to all but the locals who live nearby. One, a student called David, was baffled by the change when he went in to pick up his parcels from the site’s click-and-collect station.

“It was so bizarre to see,” he said. “It’s now got a cinema feel to it. People go on dates there.”

But then, in late April 2021, one video appeared on TikTok showing the sheer range of food and drink available at the service station. Powered by the platform’s supercharged algorithm, it bounced around TikTok’s estimated 17 million UK users.

Among them was a friend of Valli, who called the site’s proprietor early one April morning. “He said, ‘Guys, get ready to be busy’,” recalls Valli. “Since that day, things have been crazy.”

More videos appeared on the app. At first, Amrik Singh, the 28-year-old who has overseen the day-to-day running of the Bramall Lane station for nearly four years, was nonplussed by the increasing number of smartphone-toting teens coming to ogle the aisles.

As they were paying for their Calypso drinks and Tootsie Rolls, the new shoppers began to explain they’d seen the shop on TikTok.

Singh, who looks after the station’s Facebook page, started fielding questions from customers from as far away as Essex asking for the best time to make the four-hour journey north.

Sales have increased 65 per cent at the site since the station went viral on TikTok, according to Singh, and some stock has run low as the shop tries to keep up with demand.

Deliveries are being re-routed from a sister store in Leeds to meet customer interest. And the number of Tango Ice Blast machines may shortly double to try and alleviate queues in the shops as people flit between different flavours to make their own slushies.

“When you come in there, instead of spending five minutes, you spend half an hour or 40 minutes,” said Valli. “That’s what our aim was; if you’re coming to see us, you go away happy and with a smile on your face.”

The Sheffield garage and similar stores that have gone viral on TikTok, including a Premier convenience store in Gosport, have managed to rebrand for a social media age seeking experiences and new opportunities for producing content.

“Influencers want to perform an ordinariness,” says Nina Willment, who is writing a PhD on social media experiences at Royal Holloway, University of London. “And how they try and do that is presenting ordinary places. When these petrol stations go viral, we’re seeing a renegotiation of the relationship between the aspirational and ordinary.”

Even the big hitters of the retail world are getting involved. In time for its grand reopening this spring, Gateshead’s Metrocentre, the UK’s second-largest shopping centre, unveiled the Light House Experience, a series of three garden shed-sized structures housing colourful lights – the kind that make for an ideal backdrop to an Instagram post or TikTok video.

It has also painted empty sites in the mall “Instagram-worthy” pink to capture the social media crowd.

“I think retail has finally started to embrace the fact that if you offer something appealing and good, it’s a no-brainer to let and encourage people to share that,” said Graham Soult, a retail consultant.

“It’s a competitive world out there, and we’re trying our best, giving customers a reason to come back again and again,” said Valli.

And they have: travellers from Wigan, Chesterfield, Newcastle and Birmingham have visited his service station after seeing the Sheffield shop on TikTok.

Others aren’t so convinced. “TikTokers have now become obsessed with it,” said David, the student who lives nearby. “But it’s still a garage.”

Chris Stokel-Walker’s book, “TikTok Boom: China, the US and the Superpower Race for Social Media”, is out later this year.

Chris Stokel-Walker is the author of YouTubers and writes regularly for Wired, the New York Times and Newsweek.