The widespread introduction of the contraceptive pill in the late 1960s created the conditions for the summer of love: for the first time in history, women had control over their own bodies. Peace and (lots of) love ensued.

But in the five decades since, a different conversation about the pill has been underway among its users. For years, women have privately complained about its side effects – bloating, mood swings, in some cases more serious reactions like incessant, heavy bleeding or mental health issues. They’ve bemoaned the fact that doctors seem quick to prescribe it to manage everything from acne to polycystic ovary syndrome (PCOS), without treating the underlying causes of women’s health conditions – and when they question those decisions, their concerns are often dismissed.

Earlier this month, an offhand comment by Professor Anthony Harnden, deputy chair of the Joint Committee on Vaccination and Immunisation, inadvertently exposed this quiet controversy. On an episode of Good Morning Britain, Harnden attempted to calm hysteria about the blood clot risk of AstraZeneca’s Covid-19 vaccine, which is thought to be one in 250,000, by comparing it with the blood clot risk of the contraceptive pill, which is between 5 and 12 in 10,000 – over 125 times higher.

A comparison intended to reassure instead sparked panic and anger among women. Many shared their shock to learn of the risks of a medication they had been taking every day for years – some even complained they were never warned about that particular side effect at all. 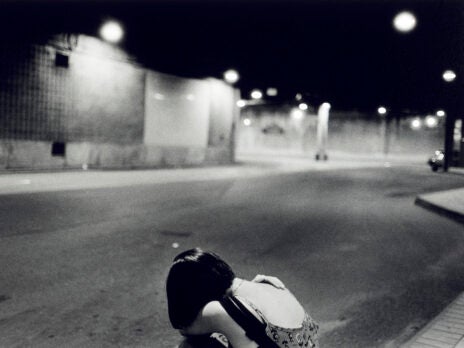 A PR crisis that had been underway for some time among pill users themselves was brought into the open. Why, people asked, were women being so casually prescribed a medication that carried such risks? And why did so many feel those risks were not properly explained to them?

On the first point, context is important. Experts, including the British Pregnancy Advisory Service (BPAS), have pointed out that drawing comparisons between the pill and the vaccine is unhelpful. Women’s baseline risk of blood clots is 2 in 10,000 (already higher than the AstraZeneca-related risk of a rare blood clot), but that increases to 1-2 in 1,000 during pregnancy. Looked at from that angle, the pill can reduce the risk of blood clots, by reducing the probability that a woman will become pregnant.

But if women are suspicious and feel overlooked, that could be because of how the medical establishment tends to communicate with them about contraception. In a rush to extol the benefits of the pill, some healthcare professionals have not always paid proper attention to discussing its downsides when issuing a prescription.

“A desire to prevent an unplanned pregnancy can sometimes come at the cost of honest and frank conversations with women about, for example, side effects and a recognition that for some women, not every method [of contraception] is the right one for them,” says Katherine O’Brien, a spokesperson from BPAS.

On social media, women have said they weren’t told about deep vein thrombosis (the type of blood clot associated with the pill) as a potential side effect when they were originally prescribed hormonal contraception.

“I went on the pill at 14 years old and was never once warned about blood clots,” wrote Emma Flint in The Independent. “The doctors told me about possible weight gain and irregular bleeding, but neglected to mention the far more distressing side effects that could come from this medication.”

There are other criticisms about way the pill is prescribed. Dr Amina Hersi, a GP in Bracknell who posts on Instagram as The PCOS Doctor, says her followers have been sceptical about the pill for years. “A lot of them actually hate it,” she says. Often, when they have questioned why the pill is being used to “regulate” their menstrual cycle when it does not address the condition itself, their concerns have been brushed off.

“They think that it’s something that doctors use to fob them off,” says Hersi. “Some people have had doctors who talk them through it and offered them a choice – and others have said, ‘Well, this is all I have, are you going to take it or leave it?’ It needs to be a proper informed discussion. It’s not fair just to put people on medication without explaining.”

Hersi adds that this is an issue of patient autonomy that medical professionals should take seriously.

“It might be a reflection of the nature of medicine that is often paternalistic and [can have an] ‘I know what’s best for you’ strategy, which often is not great,” she says. “Perhaps this is a way of highlighting to people that actually, we should tell people more about their medications, and then [let them] decide.”

For many women, the pill is a reliable and convenient form of contraception that, as their mothers and grandmothers discovered in the 1960s, offers them control over what happens to their bodies.

But its benefits are not an excuse for the medical establishment to hide or downplay its drawbacks. As any good PR person knows, sunlight is the best disinfectant: women need to be given the full picture to make the decision about what’s best for them. Ignoring or minimising the side effects rouses suspicion – and leads to panic when, as with the AstraZeneca story, those side effects come under the spotlight.

“Reading a lot of women’s comments about this, beneath some of it is a general anger and resentment about women’s contraceptive options and how we are just expected to put up and shut up, whether it’s the risk of blood clots, or it’s incessant bleeding,” says O’Brien.

“Much too often women’s concerns around their reproductive health and wellbeing are dismissed, or seen as irrelevant…

“We need to acknowledge that it’s very valid for women to have these concerns.”