On Saturday afternoon, Jack (not his real name) noted an issue with one of his favourite Twitter accounts. A long-time architecture and urbanism enthusiast, he had been following an account called ArchitecturalRevival for some time. He realised that, despite being an account dedicated to predominantly European architecture, it rarely shared any buildings from Turkey – specifically buildings built by Muslims or for Muslim worship (despite there being hundreds of thousands). So he tweeted about it, saying they should represent more backgrounds in their posts.

Almost immediately after posting, Jack was inundated with hundreds of white supremacist accounts (many suspected to be bots) tweeting racist messages at him. “They are white nations built by white people” one person replied to Jack’s tweet, which has since been deleted after being flooded with so many aggressive replies. “There’s no such thing as ‘black Europeans’”, “Stop spreading anti-white propaganda” tweeted two others. “Mosques are not and will never be european [sic]” said another.

Sometimes, when your Twitter feed is full of anti-Semites, Islamophobes, and white supremacists, you just want to look at some benign, pretty, wholesome content. It’s the benefit of following accounts that share old Vines, pictures of kittens, and videos of farm animals becoming unlikely friends. And over the last year, a popular safe-haven has emerged in the form of architecture accounts, which share pictures of old buildings and architectural detail. What was once a niche and often inaccessible subject, suddenly became a pet favourite of the masses, thanks in part to the work of these archi-fandom Twitter accounts.

But like all good things, they must come to an end. It would appear that many of the leading accounts in the architecture Twitter world may very well be, in some cases subtly and in other cases blatantly, pushing content with white nationalist undertones (and sometimes overtones). One of those is ArchitecturalRevival, the account that Jack fatefully tweeted about over the weekend.

On the face of it, ArchitecturalRevival seems like your average architecture account. It posts photos of traditional buildings from around Europe, some many people are familiar with and others that are more niche. It writes that it aims to celebrate “Beauty, Tradition, and Heritage” through the account, which of course is not in and of itself problematic. But a racist dog-whistle may lie in the things the account likes, retweets, and most importantly, omits.

On one occasion, the account retweeted notorious YouTuber JonTron, who is widely known for his anti-immigrant views and more specifically for saying he took issue with white people being a minority in the United States (to clarify – they aren’t). The account has also shown a preference for cultural conservatives in its “likes”, which these include tweets quoting Theodore Dalrymple, a famed anti-multiculturalist; Roger Scruton, a man known for making a career out of his prejudice; and Leon Krier, a disciple of Hitler’s chief architect Albert Speer. 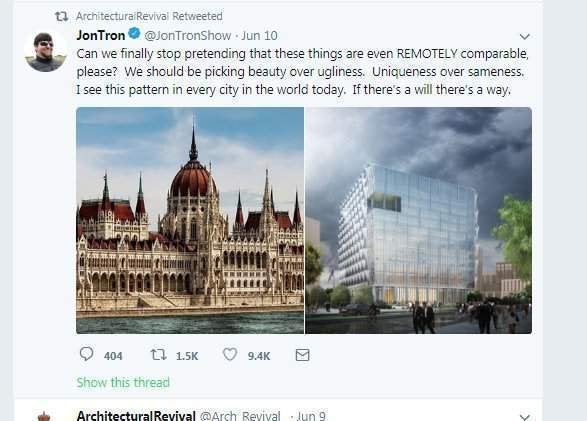 While the messages in these tweets seem relatively uncontroversial initially – messages of valuing “beauty” and “tradition” – these quotes are taken out of context, and were originally used as talking points to prop up white supremacy, equating “beauty” with whiteness and white culture.

One vocal critic of ArchitecturalRevival has been Ben Brock, an architecture enthusiast and the creator of last year’s viral Twitter competition the Cathedral World Cup.

“This account seems pretty innocuous [at first], but it follows about 50 people,” Brock argues. “Of those 50, maybe half are architecture twitter accounts and the other half are, broadly, ethnonationalists.”

One notable person on ArchitecturalRevival’s following list is Lauren Southern, a Canadian political activist known for being a vocal opponent of multiculturalism and feminism. She became especially infamous after being barred entry to the UK for attempting to stop an NGO rescue mission to save stranded migrants. The Southern Law Poverty Centre has said her “anti-feminist, xenophobic, Islamophobic diatribes tiptoe at the precipice of outright white nationalism.”

More concerning is that the account also follows “Trad Western Art”, a relatively small account focusing on, you guessed it, Western art. As recently as Saturday, the account has posted pictures with the label “hyperborean worldview” plastered on them, a phrase that links to “Hitlerist” Tumblr accounts that promote anti-Semitism and publish Nazi propaganda. 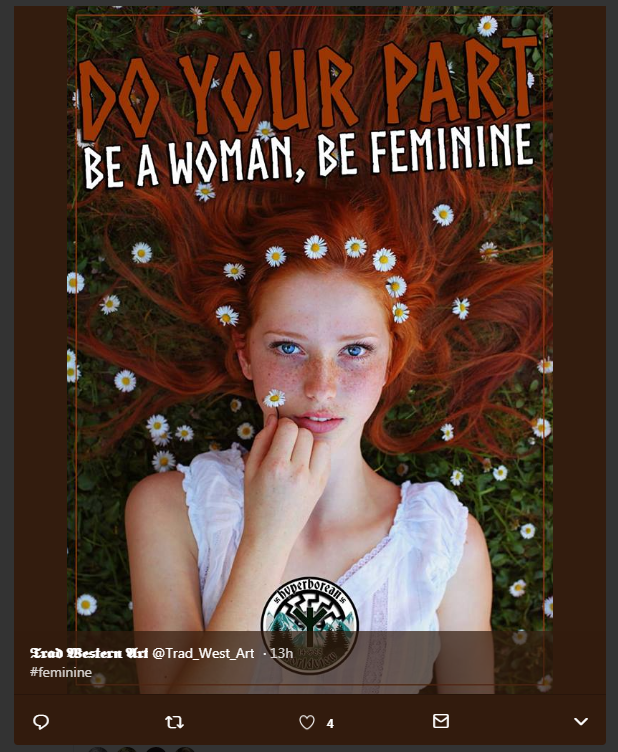 Another major problem with ArchitecturalRevival is the original claim that it is whitewashing the history of the buildings it posts about. The account retweets another Twitter account, European Beauty, on a near-daily basis.

Brock points to one of European Beauty’s latest tweets about Alhambra in Spain as just one example indicating whitewashing of the architectural history of European buildings.

The Alhambra is a palace and fortress complex located in Granada, Andalusia, #Spain. It was originally constructed as a small fortress in 889 A.D. on the remains of Roman fortifications, and then largely ignored until its ruins were renovated and rebuilt in the mid-13th century. pic.twitter.com/P0GRhxrZAI

“The phrasing is technically correct,” he explains about the tweeted posted above, “but neglects to mention that ‘renovation and rebuilding’ as done by Muslims, and that the building is probably the highest achievement of Islamic architecture anywhere in Western Europe.” Pointing to another tweet, Brock notes that an architectural feature is credited as an Indo-European creation, when in fact it is widely known to be Turkish, a nation European Beauty has a clear issue with (more on that shortly).

Brock argues that the account is deliberately and serially omitting the full history. “They are at best neglecting, but probably outright erasing, the huge contributions of non-white (especially Muslim) Europeans to European culture.”

The borderline denialism rife on European Beauty’s Twitter account reaches beyond simple omissions of non-white architectural contributions. Hidden away in the account’s replies, European Beauty both implies the non-existence of Turkey as its own state (referring to the very real nation as “the area now called ‘Turkey’”) and defends the use of the swastika in present-day art. 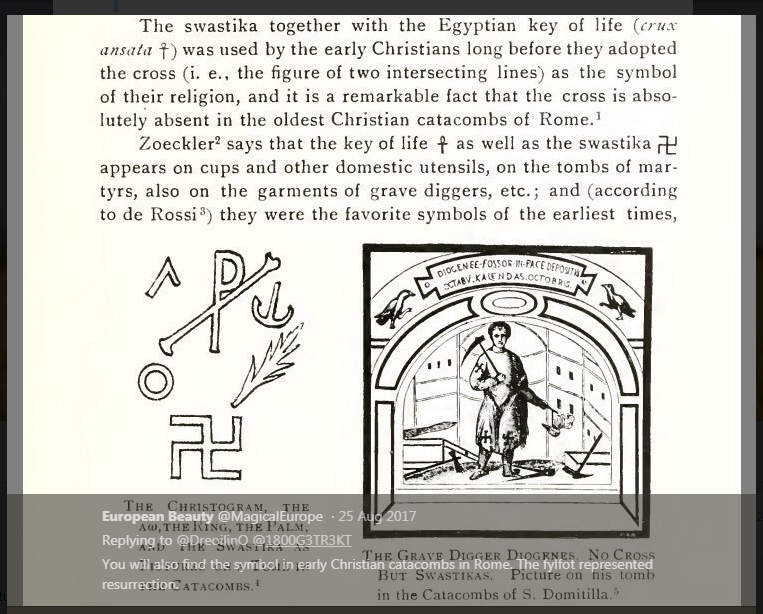 Another account floating around in the architectural Twitter orbit is Wrath of Gnon. A self-described traditionalist, it is the account that was posting quotes from Leon Krier, Roger Scruton, and Theodore Dalrymple liked by ArchitectureRevival. These were posted alongside standard architecture tweets. Although the account functions as a yet another architecture Twitter account, those it follows include famed alt-righter Richard Spencer as well as a handful of accounts self-identifying as alt-right and posting Pepe the Frog memes. 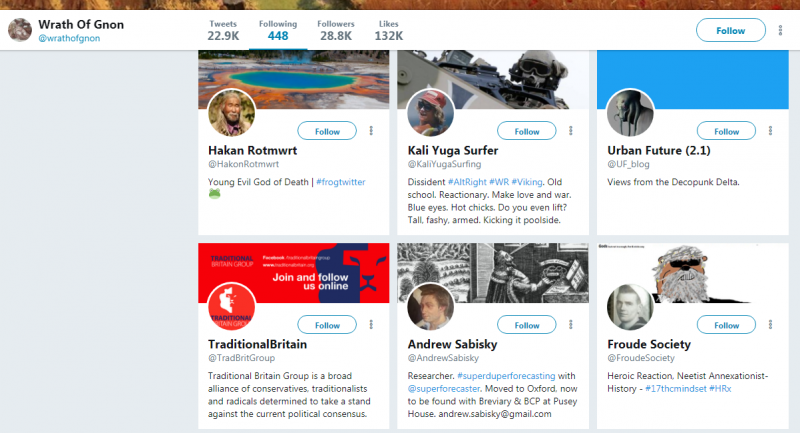 Senior editor at CityLab, the Atlantic’s publication on urbanism, Amanda Kolson Hurley posted on Twitter that, although Gnon’s tweets on architecture can be unproblematic, the account is part of the same alt-right camp as ArchitecturalRevival.

Of course, you may be thinking, white nationalism on Twitter is rife in small, largely unknown alt-right accounts. But these architecture Twitterers are by no means small fry. Wrath of Gnon boasts over 28.8K followers and ArchitecturalRevival has accrued 32.8K. European Beauty, although not strictly an architecture account, is just shy of 40K. These accounts are not toiling in obscurity, but are leading voices in an ever-growing Twitter fandom.

Whether or not these accounts themselves are truly pushing white supremacist messages, they are undeniably attracting copious fans who do. The replies to European Beauty’s pinned tweet (asking users to refrain from posting “Anti-European” remarks) is packed with anti-Semitic memes, Islamaphobic accounts, and racist conspiracy theories. (The link between the movement looking to “reclaim” European heritage from a multicultural society and white nationalist organisations is widely documented, from France to Poland to even the United States.)

When Jack tweeted his criticism of ArchitecturalRevival, he became a target for hundreds of, what he describes as, white nationalists. Arguably more worrying, though, are the tens of thousands of people following, liking, and retweeting from these accounts, completely oblivious to the fact that their intentions may not be what they seem. 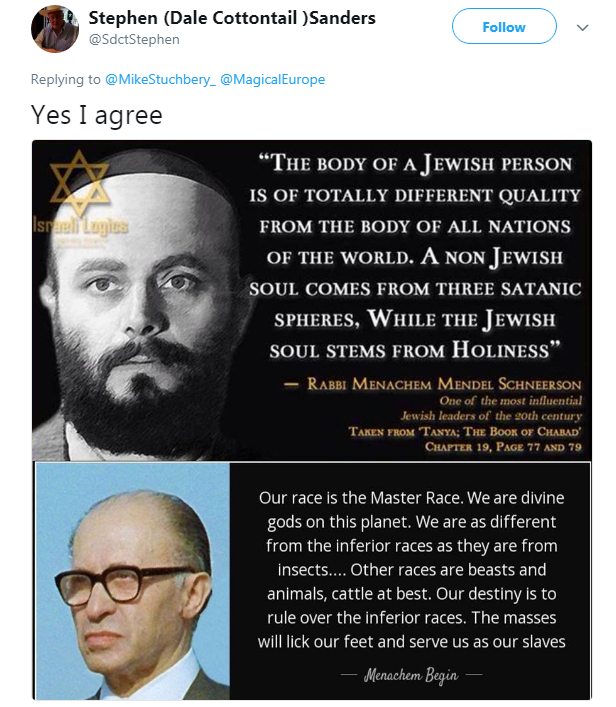 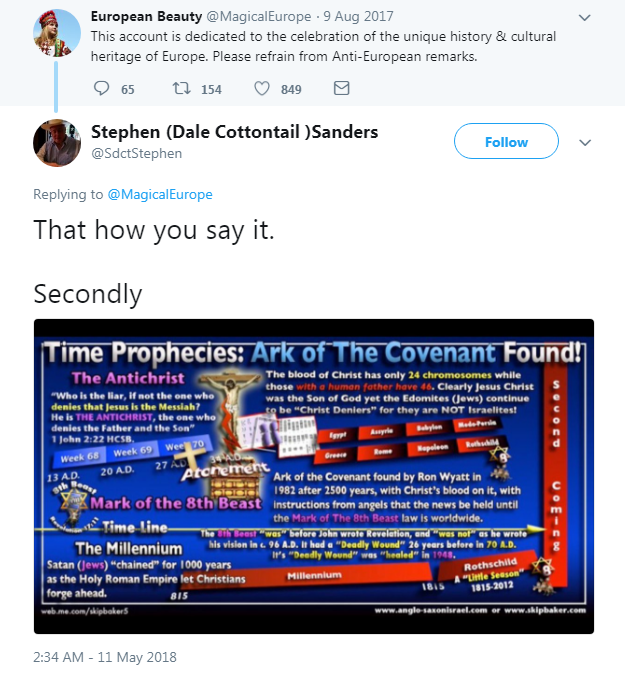 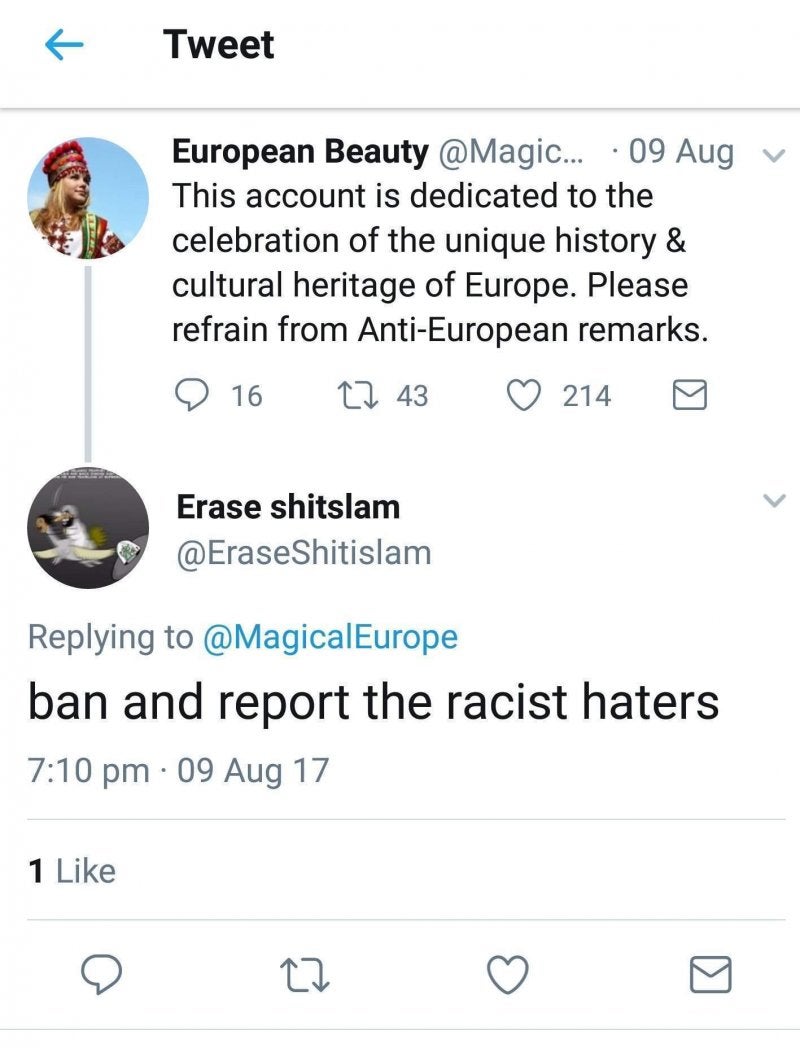