Gaming immersion. If you’re not a gamer then you might not know just how serious a business it is. The more “realistic” the game, for example EA’s popular war shooter Battlefield series, the more angry a subset of male gamers will be if their immersion into the game is anything less than perfect. These particular men take playing soldiers so seriously, they can only imagine themselves as the hero, no-one else. Battlefield has never been hugely realistic, but what matters is that the players find it so.

The latest iteration in the series, Battlefield V, is broadly set in WWII and the trailer audaciously features a female soldier. Fans are furious, declaring this an historical inaccuracy that will surely ruin their immersion. There’s even a protest hashtag, #NotMyBattlefield. Fun is a serious business.

War is a more serious business, though, as is historical accuracy. Any claims that women didn’t fight for Britain need to be challenged, because it’s simply not true. This isn’t something I learned in school, but at home. I am the proud video-gaming granddaughter of a female soldier who saw active combat.

My grandmother, Jeanne, (pronounced Jan, rhymes with nan which is what I called her) left school at 14, and was extremely bored by life at secretarial college, so she joined the Auxiliary Territorial Service (ATS) and asked for “the most exciting job they had”. She was 17 years old. The ATS was more or less “the women’s Army”, and had originally been created to provide traditional “women’s work” like cooking, filing or typing while men and boys got on with the combat business. 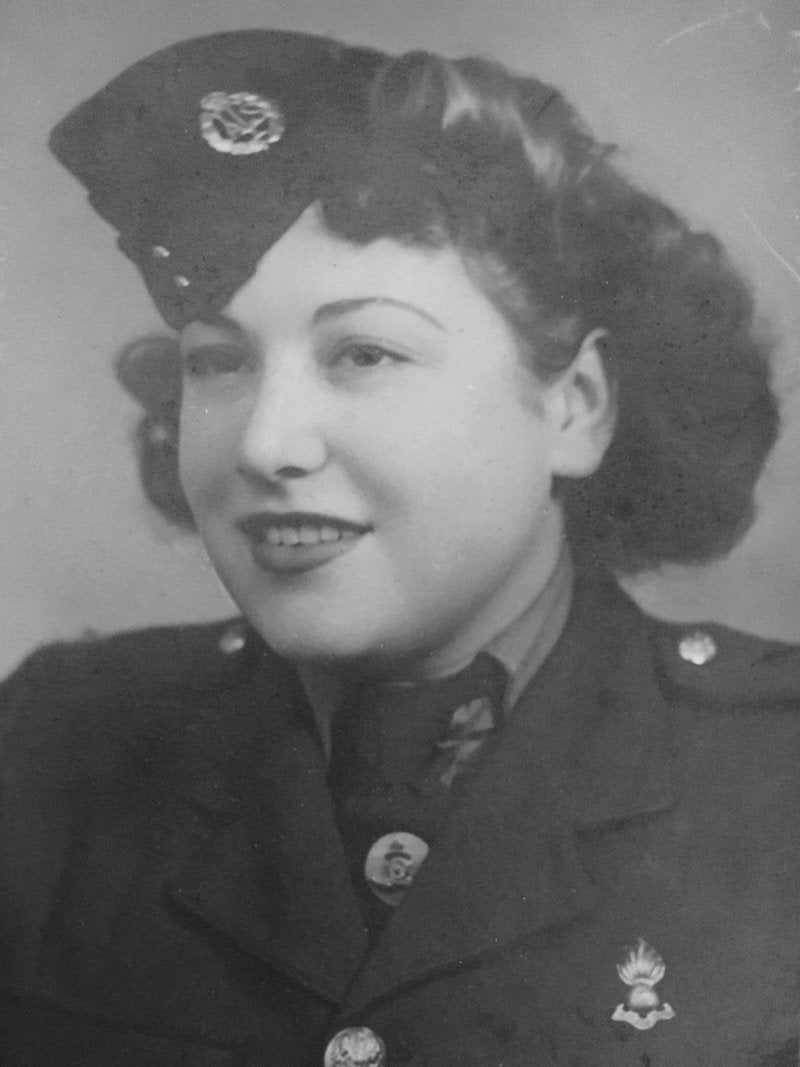 But the thing about wars is that people die, and by 1941 Britain had a shortage of men. The government launched the Newark Experiment, a top secret trial to test whether women were capable of manning (or womanning) the huge searchlights that had until then been operated by men. Women are of course capable of anything, and the success of the test, plus recommendations from leading engineer and women’s rights leader Caroline Haslett, led to further roles opening up to women, including anti-aircraft artillery. Enter Jeanne, as brave and naive as any soldier before her. Women were legally barred from joining overseas combat units, but I don’t doubt that she’d have served on the front if she had been allowed. Instead, she helped shoot at the Nazi planes attacking Britain.

Roles for women in WW2 were spread across several services including the Wrens (naval) and Waffs (air force). The ATS was the least popular because the living conditions were horrific and the work was so dangerous. Its reputation was so bad, the government failed to recruit the 100,000 additional women it desperately needed. If you joined the ATS, you were a woman made of stern stuff. When my nan arrived, there was no heating or running water. She used to talk about the rats and mice that ran over the girls’ faces as they slept, the lack of decent food which lead to desperate standards. We’d eat anything, she used to say.

She completed her basic Radar training in December 1941 at Oswestry in Shropshire and from there was stationed along the coast, defending Britain from enemy bombers for the entire duration of the war. She was part of an artillery regiment known as Ack Ack, named after the noise the guns made. To hear her talk about the gun sights she manned “wearing men’s battle dress, gaiters, boots, jerkins and overcoats” as part of a battery – words usually associated with male soldiers – was thrilling.

I grew up with these stories, the things that were easy to talk about. She didn’t talk so much about her friends who died. This wasn’t the front line, this was Britain, and yet over 700 ATS women were killed in duty. You can read many of their names here. I don’t know what number of casualties would be enough for Battlefield V players to recognise women’s role in the war. You’d think just one would be enough.

As fellow “Ack Ack girl” Vee Robinson said in a 2003 BBC interview, “the use of girls was not generally known to the `outside world’ and they were not allowed to talk about their work.” Their role in WWII clearly still isn’t talked about today, if the ignorant comments around ‘historical accuracy’ in games (where you can literally respawn when you die) is anything to go by, so I’m talking about it now.

The realities of war, of honouring those women and men who died, has nothing to do with Battlefield V. But when I play, seeing that female soldier, I’ll be thinking of my grandmother Jeanne, her friends who died and those who survived, and the thousands of other women who served alongside men, sacrificing their lives and lifestyles so I can have mine.