Celebrity YouTuber Logan Paul has apologised after sharing footage of an apparent suicide victim’s dead body with his 15 million YouTube subscribers. The 22-year-old filmed himself joking, laughing, and drinking after finding the body in Japan’s Aokigahara forest, an area where many people have died by suicide.

Wearing a green hat featuring an alien character from the children’s film Toy Story, Logan can be seen supressing laughter after filming the body, clothes, and personal items of the victim (their face was blurred out). “Buckle the fuck up because you are never going to see a video like this again,” were the words the vlogger used to introduce the video, which has now been deleted.

Nearly 600,000 people “liked” the video after it was uploaded on Sunday and before it was deleted (either by YouTube or by Logan) today. The footage was removed after a backlash which saw the video branded “disgusting” and “disrespectful” by the wider public, but YouTuber Philip DeFranco points out that Logan’s core audience seemed unperturbed by the vlog. Celebrities and other prominent YouTubers are now calling for Logan to be banned from the site, with Breaking Bad actor Aaron Paul branding the vlogger “pure trash”. Yet although YouTube’s guidelines mean it is happy to take down a video, taking down a star seems to be an entirely different matter.

There is no such thing as a disgraced YouTuber. In the 11 years the site has operated, many YouTubers have been disgraced, obviously, but they rarely remain so. Last year, family vloggers Michael and Heather Martin lost custody of two of their children when the wider public discovered their abusive “prank” videos. In September, the pair were sentenced to five years of probation for child neglect. In October, YouTube gifted Heather a Silver Play Button, a framed trophy awarded to YouTubers who surpass 100,000 subscribers.

We invented the cow 10,000 years ago. Lab-grown meat is just the next step 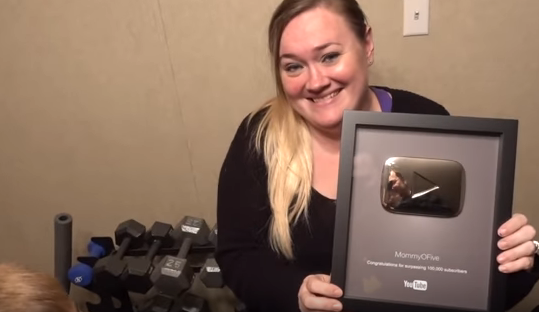 The Martins aren’t alone in continuing to thrive on YouTube after a scandal (Michael still has nearly one and a half million subscribers on his main channel, DaddyOFive). On separate occasions in February and September 2017, the owner of the most-subscribed YouTube channel, PewDiePie, was condemned by the public for his anti-Semitic content and use of racial slurs. By the end of last year, he was the sixth highest paid star on the site.

Alex Day, a British vlogger and musician who admitted to having “manipulative relationships with women” after 14 women and teenage girls accused him of manipulation and abuse also continues to make videos, and additionally earns £536 a month from fans on the subscription platform Patreon. Sam Pepper, who denied allegations of rape in 2014 but apologised for a prank that saw him promoting sexual harassment by pinching actresses’ behinds, currently has 2.3 million subscribers. His most recent video is entitled “HOW TO BUY ALCOHOL UNDERAGE *IT WORKED*”.

Logan Paul’s video is not a watershed for YouTube – it is just another day on the site. Last month, New Statesman reported on amateur detectives on YouTube who unethically delve into the personal lives of murderers and their victims in order to “solve” crimes. Some of these videos involve CCTV footage of murders, while others expose the names, locations, and occupations of victims before gruesomely describing their deaths.

It remains to be seen whether Logan Paul’s actions will provoke real change on YouTube. Jackie Newton is a journalism lecturer at Liverpool John Moores University who researches the ethics of tragedy reporting and authored the book Reporting Bad News: Negotiating the Boundaries between Intrusion and Fair Representation. Newton hopes Logan’s transgression will prompt YouTube to act.

“This underlines the need for YouTubers and all with a social media audience to have some basic grasp of the ethics of communication,” she says. “Journalism is a profession which grew up with a public interest role and tradition, so there are codes and benchmarks for all those practicing. By contrast YouTube ‘trusts’ its content providers to be respectful and offers ‘guidance’. That’s a big ask for a young person operating outside the norms of professional communication.”

YouTube’s guidelines have repeatedly failed the YouTube community and the public at large. For years, videos of child abuse have garnered millions of views on the site, with real change only occurring in November 2017, after New Statesman and other mainstream media outlets reported on the trend. Only then did YouTube tighten its child endangerment policies, banning the channel ToyFreaks, in which a father filmed his daughters in pain. It seems unlikely that YouTube was unaware of this channel before the backlash, as it was among one of the 100 most-viewed on the site.

And while YouTube’s policies may say one thing, their algorithms say another. Sensationalised content is among the most popular on the site, with Logan Paul’s video featured on YouTube’s “Trending” page before it was deleted. A decade ago, YouTube had a “Featured Videos” page where it showcased high-quality videos that it felt deserved to reach a wider audience. Now, quantity is valued over quality, and YouTubers have to resort to clickbait in order to garner enough views to be shown off on the site’s homepage.

Yet even if YouTube does act in regards to Logan Paul, it is unlikely the star will disappear. While YouTube can delete, ban, and demonetise, this new breed of social media star is nothing if not resilient. When YouTuber Endrit Ferizolli was jailed for staging a heist at the National Portrait Gallery, he took to Snapchat to give a tour of his cell. Logan Paul’s young fans still staunchly defend their hero, with comments on his most recent video reading: “you can support the youtuber, but not his act” and “I know what he did was purely Disrespectful but I can’t hate this man over that after loving him for so much longer I hope his other true fans will stay with him”. On Twitter, replies to his apology statement read: “U did nothing wrong ppl r taking it too far”, “Come on guys give him another chance”, and “you did the right thing logan”. Like a decapitated cockroach after a nuclear explosion, perhaps YouTube stars can never truly die.

YouTube did not respond to multiple requests to comment, but a statement it allegedly gave to YouTuber Phillip DeFranco expresses sympathy for the suicide victim’s family. “YouTube prohibits violent or gory content posted in a shocking, sensational or disrespectful manner,” it says, focusing on the video – not its creator. Logan Paul’s apology, tweeted this morning, promises that: “It won’t happen again.”

On YouTube, there is no line that cannot be crossed. No matter their transgressions, the disgraced YouTubers of the last five years all have one crucial thing in common – they continue to make videos on the site.