The Sixties had Woodstock. The Nineties had Lollapalooza. The Tens – and, if we’re being honest, just a single year of them – had Azeem’s Senior Flute Recital.

If you were inactive on the internet between 12 and 16 May 2015, you’ll be forgiven for not knowing who Azeem Ward is. After setting up a Facebook page for his end of year flute performance, the University of California student was inundated with over 100,000 RSVPs from the United Kindom, along with multiple requests to fly to England and play (for no apparent reason) Darude’s “Sandstorm” in Nando’s. After international news coverage, Ward – as all memes inevitably do – appeared on Jimmy Kimmel Live! to discuss his newfound fame. On 16 May, he had to turn hordes of people away from the 500 seat recital hall, and over 55,000 individuals tuned into a livestream of the event. Then, Ward disappeared. Not from social media, and not from the world, but from the internet’s collective consciousness. 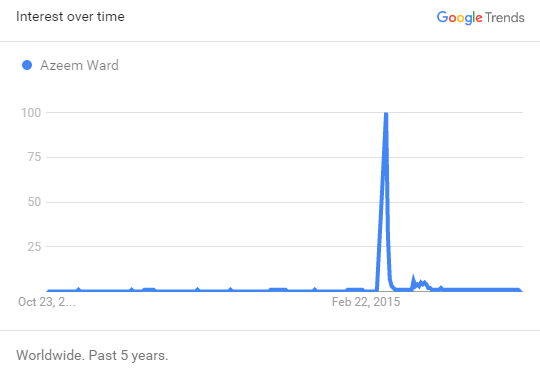 “I’d say no,” answers Ward, when I ask him whether, one and a half years later, he still receives any special attention or has any fan interactions. “I’m just regular Azeem now, and I’m okay with that. Regular me is a more focussed person that is not reacting to things that are happening around me.”

Richard Dawkins interview: “What I say in biology has become pretty much orthodoxy”

Ward is Skyping me from his home in Iowa, where he is getting his master’s degree in flute performance. He spends his time composing flute beatbox songs, learning how to produce music, and teaching a class on flute fundamentals at the university. “A lot of [the students] here in Iowa know what happened but they don’t go like: ‘Oh my God! It’s Azeem!’. It’s just like, ‘Hey, what’s up man? I saw that one thing about you on Jimmy Kimmel’.” 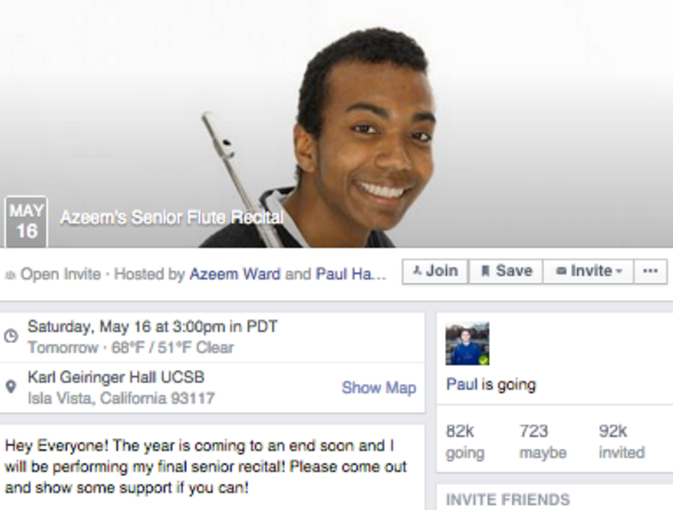 Ward regained his anonymity when he moved to Iowa, as many of his fellow undergraduate students in California recognised him because he was on the local news. “But the whole viral thing was a UK thing,” he explains, “It wasn’t really around the whole US.” 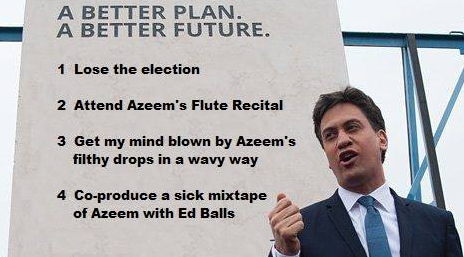 Four months after his famed flute recital, Ward did come to the UK and toured the country to perform as part of various university freshers’ weeks. “That was a crazy time,” he says, “I was over there for five weeks and played 22 shows in 12 different cities, all the way from London to Scotland.” His concerts were popular, though most people came to take a selfie or ask about how the recital happened, and only a few wanted to talk to him about music. Still, Ward profited from the events. “We did make some pretty good money,” he says, admitting he earnt around $5,000.

Despite clearly enjoying this time, Ward seems unfazed that his viral fame is now over. His only regrets, he says, are that he didn’t make any connections in the music business while in the UK, and that he didn’t have any social media accounts set up before he went viral, so there was nowhere for people to go to listen to his music. “When you go viral people hold onto that rather than taking you seriously as a musician,” he says. “Sometimes it annoyed me but sometimes I realised that I wouldn’t be there in the first place if it wasn’t for going viral.” 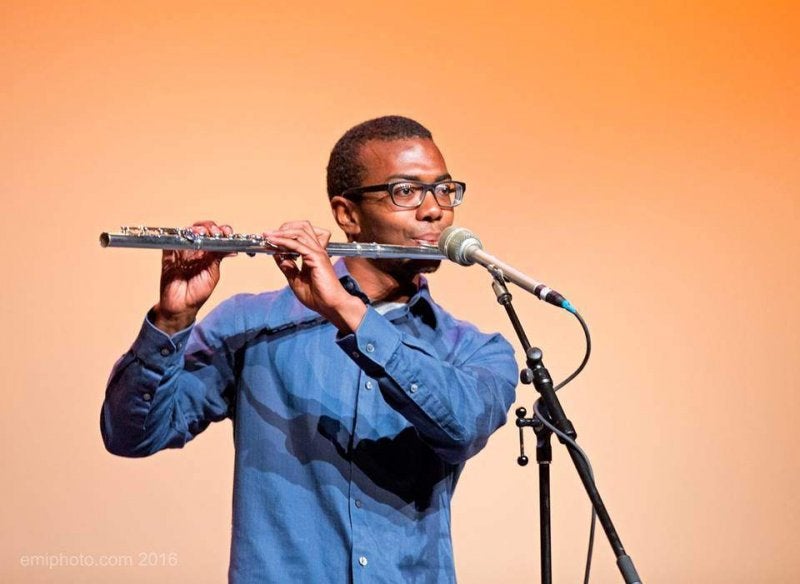 So what advice would Ward give to the next person who finds themselves, unwittingly, the object of the internet’s affection?

“I’d say don’t lose sight of what you’ve already been doing in your life, like keep your focus. I’d say that sometimes in your head you’re like ‘Oh man, I have to do this now’, but you’ve just got to stay focussed on your goals. When you have your own path and you go viral you have a lot of people asking you to do all these different things. It was pretty intense – I’m not used to having a lot of people look at me and my actions, so I was pretty anxious at first. In the end I realised that I came to do what I came to do, and I had to go do it.”

Although Ward doesn’t miss being internet-famous, it is clear that going viral had an impact on him. He recalls the peak of the madness with telling clarity, sharing specific details such as “256 people” clicked attending in “four hours”, and “then 512”, before 12,000 people RSVP’d overnight. Mostly, however, he seems very grounded, though he acknowledges it was “out of control” and “really crazy”.

Perhaps Ward feels this way because he received little in the way of negativity or hate. He fondly discusses memes that were created and art that was drawn about him, and the support of his family and friends. “Even though there were a lot of silly things going on, I managed to make it positive for the school,” he says. “I had no haters. Everyone was like ‘Damn, Azeem. Good job, man’.”

One day, Ward hopes to come back to London, although he is wary of returning. Not because of his viral fame, nor the number of selfies he might have to take with Nando’s customers, but because of Brexit. Our conversation, like all post-June conversations, turns swiftly to the topic, and Ward asks me about the economy. “I was thinking about trying to do a doctorate over in London, but if things aren’t going to be so good in a few years…”

Ward admits he wouldn’t be bothered if he never went viral again. “When I think of something going viral, I think it has a point in time where there’s so much interest and then it goes away. I’d like to produce material and the attention to keep going up.” So do you want to be famous, I ask? “Do I really want to be famous?” he ponders. “Being famous is okay, I guess. But I want to be is respected and appreciated.”

“Living the Meme” is a series of articles exploring what happens to people after they go viral. Check out the rest in the series here.

To suggest an interviewee for Living the Meme, reach out to Amelia on Twitter.