Venus the cat has been in the news. She has heterochromia – that is, her two eyes are different colours – as well as a perfectly placed black splodge (technical term), which makes her look like Popular Batman Villain Two-Face.

Why is she like that? One possibility is that she is a chimera. This term, taken from the mythical monster with the heads of a goat, lion and snake, refers to a real – albeit relatively rare – condition where two genetically distinct embryos merge in the womb. 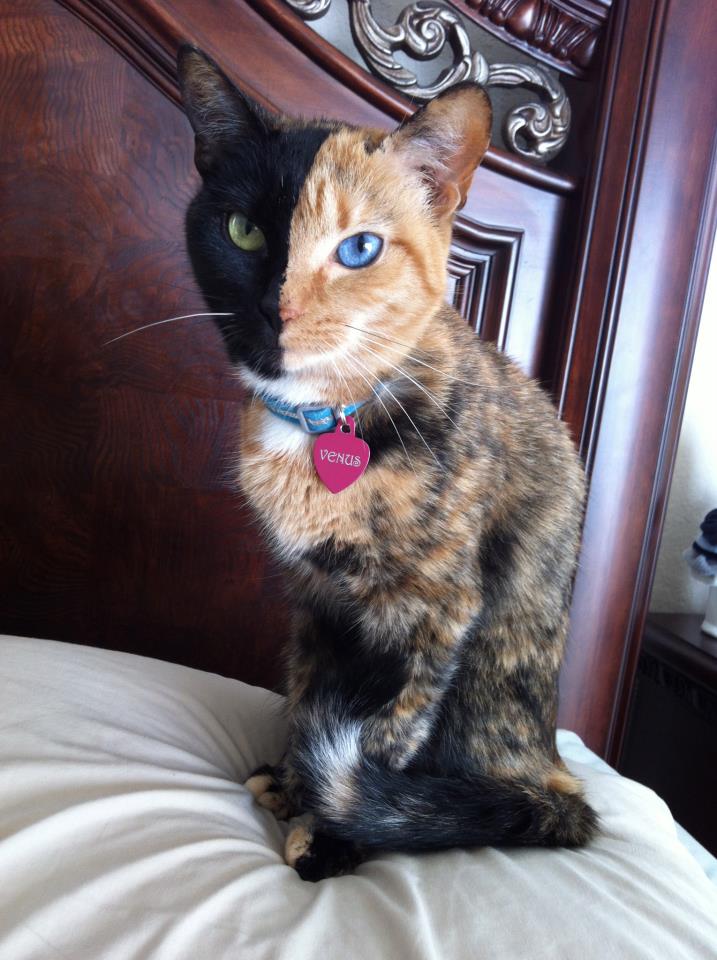 A chimera is essentially the reverse of identical twins. In the latter, one fertilised egg splits completely and forms two separate embryos; in the former, two fertilised eggs merge together and grow into one child.

The cells which come from each of the fertilised eggs maintain their own character – so if one egg had genes for black hair and the other for white, the resulting chimera would have mottled black and white fur: 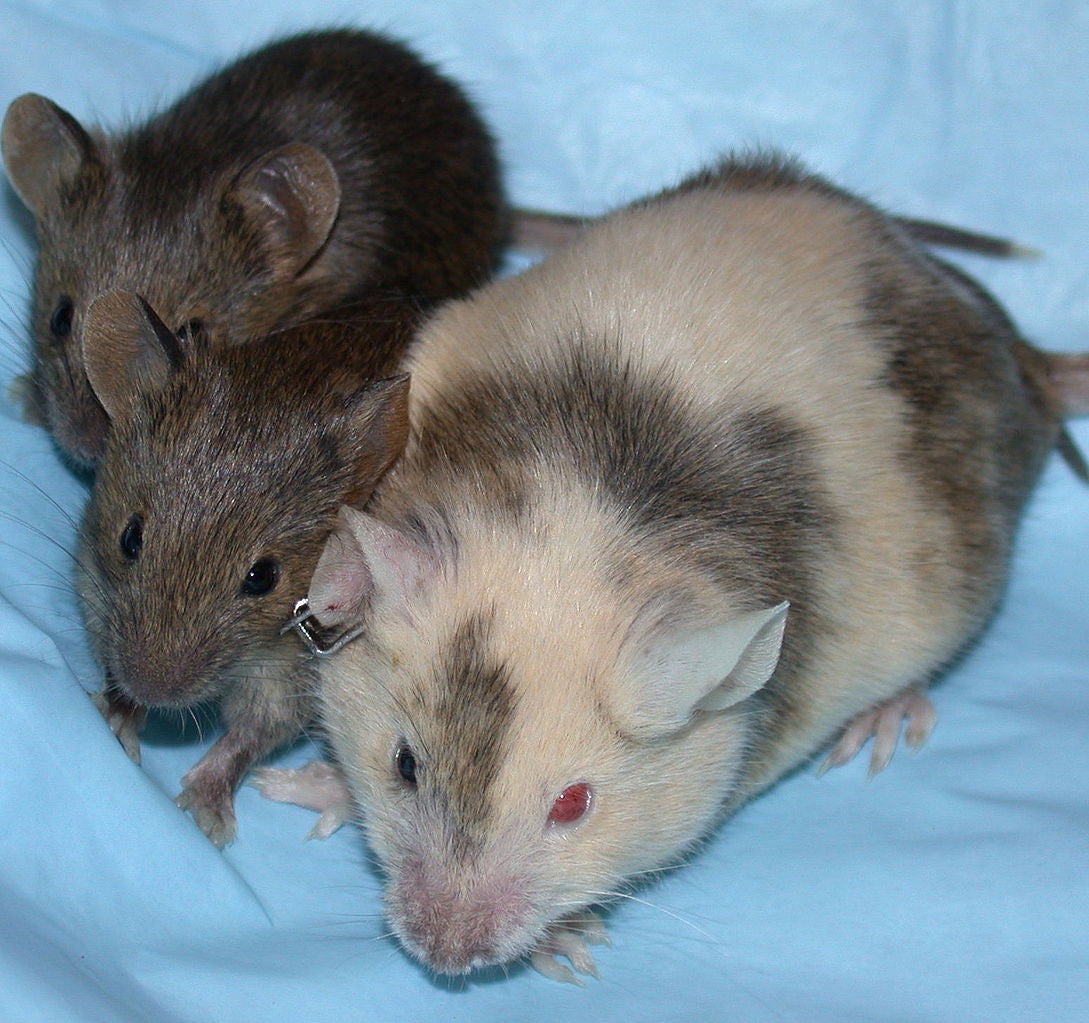 A chimeric rat with her babies. Photograph: Wikimedia commons

The thing is, Venus may not actually be a chimera.: her perfectly split face may just be a fluke placement of an otherwise normal tortoiseshell pattern. National Geographic‘s Katia Andreassi writes:

Female cats, said Leslie Lyons, a professor at the University of California, Davis, already have two X chromosomes so they can sport that coat without the extra X. That means Venus is not necessarily a chimera.

To find out would require genetic testing, said Lyons. With samples of skin from each side of the cat, “we can do a DNA fingerprint—just like on CSI—and the DNA from one side of the body should be different than the other.” 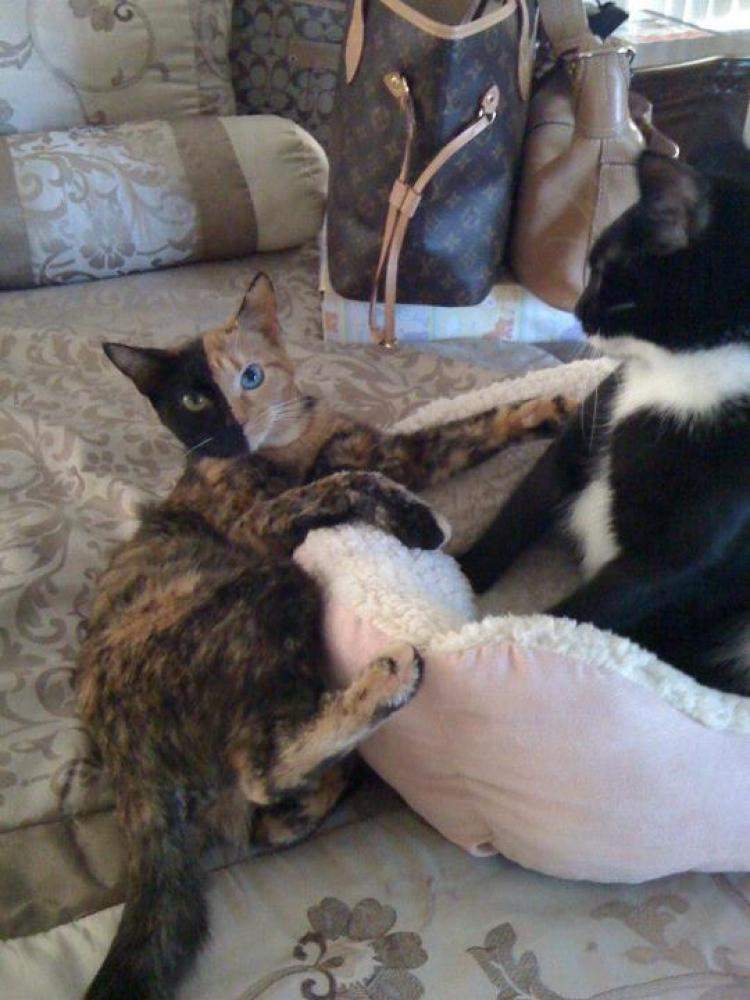 But there is still a mystery about Venus – her single blue eye. Andreassi adds:

Cat eyes are typically green or yellow, not blue. A blue-eyed cat is typically a Siamese or else a cat with “a lot of white on them,” she explained.

Venus appears to have only a white patch on her chest, which to Lyons is not enough to explain the blue eye.