Yahoo’s feature allowing readers to buy clothing worn by celebrities straight from the site clearly has a few kinks to iron out. Law professor Rebecca Tushnet reported that the site was offering readers the chance to “get the look” of:

A man holding spent .50 calibre shells look[ing] towards the Spozhmai Hotel on Qargha lake on the outskirts of Kabul on June 22, following an attack by Taliban militants. 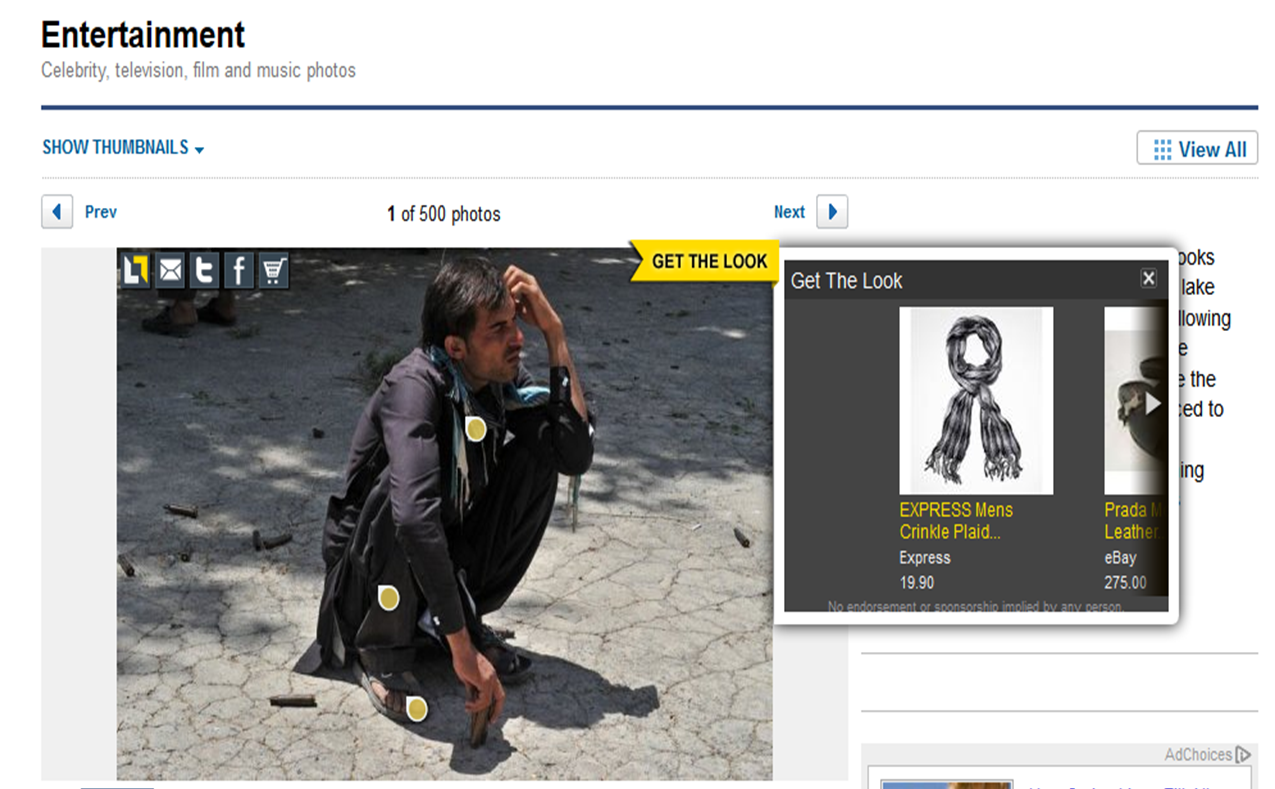 Yahoo have since taken the ad down, telling paidContent, who also reported the story, that:

In an effort to enhance the consumer experience with some new image-tagging technology on Yahoo! News, we experienced a mistagged photo. The photo in question was immediately flagged as inappropriate and the tag was removed.

“Immediately” is a moderately strange way of referring to three days. Tushnet first posted the pic on the 22nd, and it was still up when paidContent reported it on the 25th. More worrying, however, is that the process is not yet fully automated.

Computers may be good, but they aren’t that good; it remains someone’s job to actually link the pictures to the clothes. Between this and previous mishaps, like when readers of the National Inquirer were offered the chance to get the look of Elizabeth Edwards as she revealed that she was dying of cancer: 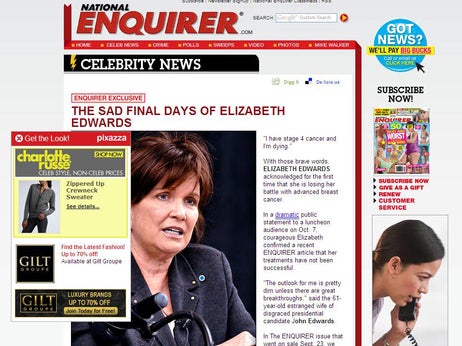 Or readers of US celeb mag Star were offered the chance to get the look of Nick Hogan, the son of wrestler Hulk Hogan, who had left a friend with serious brain damage following a car crash: 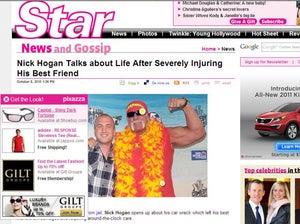 One would think that maybe the humans in the chain ought to be given a tiny bit more discretion. Or at the very least, filter out keywords like “massacre”, “cancer” and “traumatic brain injury”.