The end result of Louise Mensch and Luke Bozier’s side-project, MenschBozier, was revealed today by TechCrunch. It’s called Menshn, and it’s Twitter. Twitter may have already invented Twitter, but that won’t stop MenschBozier.

The new site is focused around sending Tweet-like messages (of up to 180 characters, rather than 140, which is a crucial differentiator for some reason) about specific topics. The site will launch in the US only, and be focused around the American elections.

I had a brainwave over Christmas about Twitter hashtags and the frustration of following one topic, especially in politics.

Then I got my husband on Twitter [Peter Mensch is the manager of heavy metal band Metallica, among others] and although he liked following people in the music industry and what they had to say, he hated the mundane tweets about people having breakfast. He wanted something on topic.

Menshn also aims to encourage quality with a rating system, similar to that on sites like Reddit, and by stripping out many of the features that make Twitter such a vibrant medium, like retweets and mentions (yes, the site’s name is a pun on a functionality it doesn’t actually have). The site still has its analogue of following someone, likely called something like “Mensching” them, but if your tweet is the top five per cent of tweets, then everyone will see it, whether they follow you or not.

Menshn seems to be the creation of someone who likes twitter but is annoyed that they don’t have enough control over it. For Louise Mensch, it will most likely be a better experience; Twitter must be a horrible place for her to be, because the service simply doesn’t deal well with people who set out to abuse celebrities and nothing else. But for most other people, all the functions which Mensch and Bozier seem to dislike so much – the “off topic” discussions, personal conversations, viral jokes and ephemerality – are precisely the important functions of the site. Persuading people to give those up for the chance to have their tweet seen by everyone (in a function that absolutely will not scale – can you imagine seeing the “top five per cent” of the 340 million tweets sent per day?) is unlikely to happen any time soon.

Well, we got on Menshn, and first impressions are that it has a bit of a troll problem: 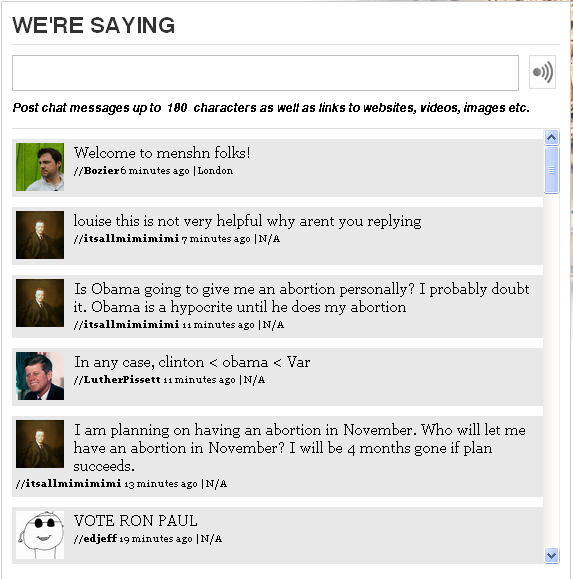 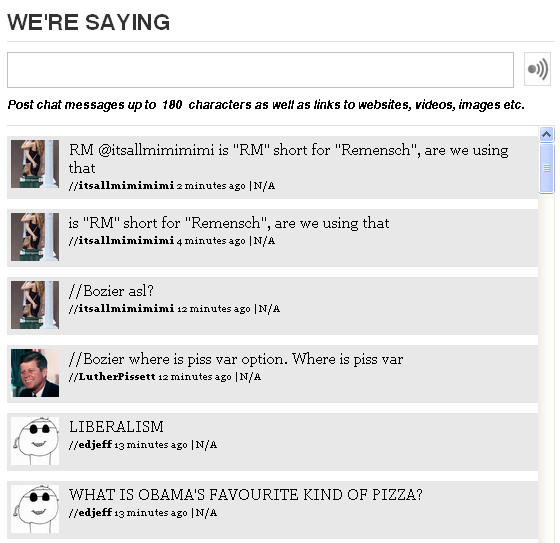 Also, the rules are amazing:

menshn is for talking on topic. We’re passionate about politics and we love debate. But if you harass, spam, clog feeds and so forth, we can delete your account without notice. So be like Fonzy and be cool.

menshn will grow and change. We can change what menshn does and the service it provides without notification to you or other users. See rule 4. We reckon you’ll figure it out if we do.

You can say that again.