The weirdest moment for me, the day the Queen died, came a few moments after the news broke when I felt the sudden urge to check Wikipedia. There it was, near instantaneous evidence of the continuity of monarchy: an entry titled “Charles III”. For the first time since before my parents were born, Britain had a king.

The weirdest thing about the days since is how quickly this has stopped feeling weird. Human beings can adapt to all sorts of horrors, to abuse and dictatorship and poverty, and it’s very easy for what once felt outlandish to become entirely normal: adapting to a new head of state is, comparatively, a doddle. A few days ago Prince Charles was still the guy with the controversies and the funny ears who engaged in a legendary phone call with his now Queen Consort while married to Princess Diana; a man who Harry Enfield could portray as a red-faced, power-crazed type on The Windsors. Now, through nothing but a few speeches and some ritual and the complete takeover of BBC One, he’s become our dignified and much-loved king.

A Times chart doing the rounds makes the point. Over the last three years, polling from YouGov shows, the public has been divided on the question of whether Charles will make a good king, with roughly a third of the electorate saying yes, another third saying no and the last third shrugging their shoulders. (There have been fluctuations, but that’s the gist.)

The latest edition, though, shows a transformation. Now Charles is actually king, the proportion of the electorate who think he’s any good at this king-ing lark has doubled (to 63 per cent); the proportion that thinks he’s bad has halved (to 15 per cent). Whether it’s the man’s actual performance, the ineffable magic of monarchy or merely the wall-to-wall coverage that’s done it, it’s hard to be sure. 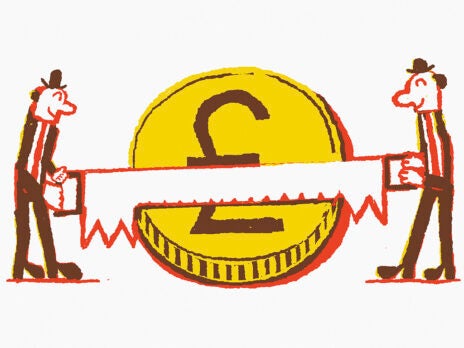 This will no doubt be disheartening to Britain’s republicans: their biggest opportunity to make their case in decades, and the public has responded by tugging the forelock as never before. I’m not sure they should worry, however. New leaders always get a honeymoon bounce – even Liz Truss, it’s likely, will get one, despite the mess the country is in. And Charles doesn’t need to fix the mess, merely to look dignified in its vicinity. He has also just lost his mother and has, for the most part, genuinely handled his duties this last week well. Of course it is easier to imagine someone as king when you can see them doing it.

On the other hand, though, Britain is still in crisis, economic inequality is still through the roof, and whatever else it is the monarchy is a symbol of that. What’s more, the affection attached to the Queen stemmed as much from longevity, the simple fact of her constant presence over 70 years, as it did from the crown itself. This current polling may say as much about our feelings towards her as towards her eldest son. If the king’s other realms start to declare themselves republics, then surely all bets are off.

[See also: Will the monarchy last?]