The heatwave has given way to grey cloud, the summer is over, and across the country millions of children are heading back to school. Many parents will be scrambling to sort out their school uniforms: buying plenty of the right colour socks, and a pair of shoes that fit and won’t fall apart after a few weeks – an endeavour that is prohibitively expensive at the best of times, particularly now as the cost-of-living crisis intensifies.

Luckily for me, much of my daughter’s uniform from last year is still usable, but like many other parents, I still had to do a bit of scrambling. And last week, my scrambling took me to the local branch of a British retailer in search of a white polo shirt for my five-year-old.

There, between the rows of grey trousers and white shirts, I came across something that provoked me to shout in anger at no one in particular. On one side of the rails were polo shirts marked for girls, on the other, for boys. The difference? A frilly collar – and you can guess who that was for.

When you have children you start to notice the things that haven’t changed since you were little, even if they probably should have done. Our obsession with clothing and toys clearly marking our offspring as girls or boys is one of these. Walk into any clothes shop, go into the children’s section, and you will see it clear as day: the girls’ clothes will be a riot of pink, sequins and unicorns, of frills and fairies and rainbows. The boys’ are a dark, brooding mass of navy blue and grey and red; no unicorns in this land of nascent masculinity, and no frills – only dinosaurs, trucks, plain shoes and the occasional football. 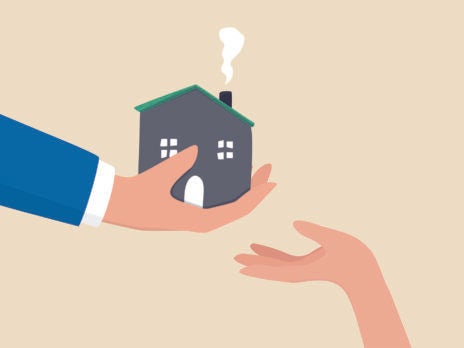 What people miss when they criticise inheritance tax

It might seem trivial, but it isn’t. It’s insidious and it sends all sorts of harmful and confusing messages to children about who they are and what they can be.

Last month, the German newspaper Süddeutsche Zeitung published data analysis showing how children’s fashion “cements gender images”. Their findings were wide-ranging, from the language encouraging boys to be active and do things like “surf”, while girls can “dream”, to the unsurprising prevalence of pink for girls, and definitely not for boys. Perhaps its most disturbing finding was on length: girls’ shorts were 6 centimetres shorter on average than boys. The researchers were looking at clothing available online for children under ten.

There is so much to unpack here, and so much that we ought to know already. This overt gendering tells boys and girls that they are different. It tells girls they ought to be pretty and passive, and that their bodies are on show, unlike boys. It also reinforces, for boys, that they must not like or have anything to do with what is marked as girly, soft and pink.

It wouldn’t matter, perhaps, if boys and girls could pick whatever clothing they wanted and that was the end of it. But that’s clearly not the reality. A girl can go to school in trousers, but a boy would have to be incredibly brave to go to school in a skirt.

This summer, in fact, a secondary school in Devon banned skirts under a new “gender-neutral” policy. But a truly gender-neutral policy would be one in which boys and girls could wear skirts if they wanted to, rather than one that implies there is something somehow undesirable about the skirt – as code for the feminine.

The problem is that the way we divide girls and boys reinforces ideas about women as objects. It also reinforces ideas about men being stronger and cleverer – in short, superior. We will never have true gender equality until the day that clothes and toys associated with girls are no longer interpreted as inferior.

[See also: Serena Williams has been a tennis player like no other, and perhaps the greatest of all]