Unsurprisingly, the press scrutiny of Meghan Markle’s return to the UK has been rabid – if anything, it has become a national pastime. During a period of national mourning after the Queen’s death last week, what better way to commemorate the life of our longest-reigning monarch than squeezing out vitriolic non-stories about her grandson and his wife?

From poorly sourced rumours about Meghan grabbing all the juicy funereal action for the purposes of their Netflix reality series, to an online celebration of adults sniggering at Meghan as she shakes hands and greets members of the public, the British media has had a field day with taking pot-shots at mourning family members. Suddenly, we turn to body language experts who can somehow spot “narcissism” through a slight interaction or hand gesture.

I’ve never been overly invested in the drama between the royals – never a “Team Meghan” or “Team Kate” kind of girl, but nor have I ever come to Markle’s defence. But the obsession with her is fast-becoming undeniable.

Whether it’s years (and it really is years) of Piers Morgan denouncing her live on TV, or GB News presenters calling out the couple for how they are mourning, the virtue signallers of the right continue to embarrass themselves in the middle of what is meant to be the nation coming together in reflection and dignity. It is remarkable, truly, that the same people don’t direct quite the same energy at Prince Andrew. 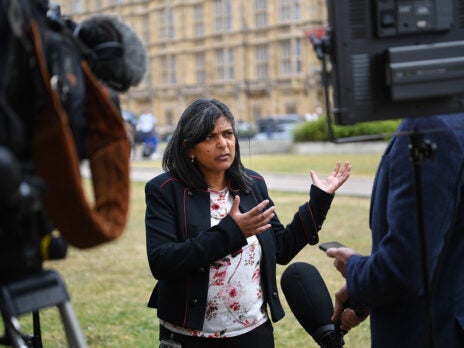 Who is authentically black if not Kwasi Kwarteng? 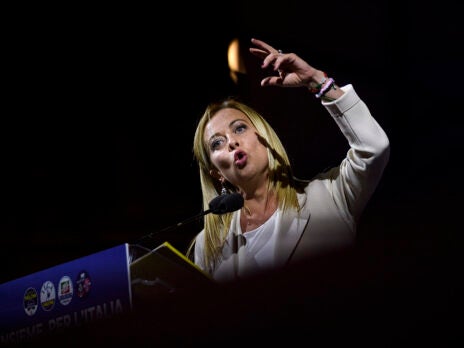 The left understands the family better than Giorgia Meloni ever will

Sorry, but the Tories haven’t deliberately crashed the pound

The warped double standards have been illustrated perfectly this week. When a man heckled Andrew, the grand old Duke of York, the right condemned it as shameful and disrespectful, but tripped over themselves in the melee to celebrate and giggle at other mourners openly disrespecting Meghan for having the temerity to engage with them, comfort them and thank them for coming to mourn someone with such a profound importance to her husband. That wasn’t disrespectful, see, that was just deserts.

Depending on its mood, the media will condemn her for not turning up at royal events, but then say how disgraceful it is for Meghan to appear in public. Once the British press declared her an enemy, she entered a losing game. She became sport, a target, and every interaction or statement she makes is overexamined and dissected. Journalists dribble over her in the hopes they catch her forgetting to smile at someone, a dog barks at her, or a baby starts crying in her presence. And failing that, you can always get a scoop by interviewing a bitter relative from somewhere buried deep in American obscurity.

The Queen’s death is not an opportunity to bash Meghan. It is never appropriate, but this occasion least of all. But the media will continue regardless. The “patriotic” virtue signallers of the right do not care about the royal family – they want clicks, views and bait for its audience. The death of the monarch it claims to love is no exception to this: it’s merely an opportunity to lay yet another trap for its favourite prey.

[See also: Who will be attending the Queen’s funeral?]