That the housing market in London and the south-east of England is broken seems to be broadly accepted by everybody except the politicians who could do anything about it and out-of-touch boomers with nice houses they bought in the Nineties. Yet even for people as empathy deficient as the “let them quit avocados” brigade, the news that four in ten people under 30 are spending 30 per cent (or more) of their salaries on rent ought to be a cause for concern.

The renters are of course the most obvious losers, caught between rising rents and energy bills and inflation pushing up the cost of leisure and essentials. But they aren’t the only ones. The young are more likely than older people to actually spend their money in the wider economy. Any hit to their fortunes will have a disproportionate impact on businesses such as restaurants and the ailing night-time economy.

Cramped conditions can also have secondary effects on income and wellbeing which aren’t immediately obvious. For example, inadequate fridge and freezer space – not uncommon in crowded house shares – can preclude bulk buying and batch cooking, forcing renters to pay more to eat and pushing them towards junk food too.

Ant Breach of the Centre for Cities has further argued that the pain extends far beyond the south, too, because if richer southerners had more disposable income they could spend more of their money “importing” goods and services produced in the parts of the country the government intends to “level up”.

The balloon debacle is a needless crisis – but a crisis nonetheless 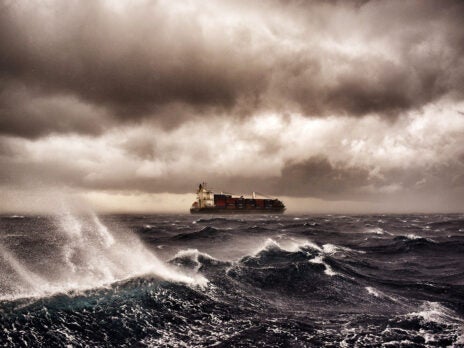 One might have expected the Conservatives to think a market-led approach would be the ideal way to try to close the gap between north and south. Then again, perhaps the most honest summary of levelling up was offered by Boris Johnson when he told the Tory conference that it was about avoiding building homes near Stoke Poges, so perhaps not.

The political consequences of all this for the Conservatives could be disastrous. Voters who see their quality of life declining month-on-month aren’t going to be inclined to return the governing party at the next scheduled general election in 2024.

The long-term trends are perhaps even more dangerous. For starters, the exorbitant cost of living in London is changing England’s electoral geography, with more and more voters pushed out of the capital into the commuter belt, and formerly true-blue seats put at risk as a result.

Even if the Tories were prepared to go to the wall for the sake of leafy Home Counties villages, they would – if they had a better grasp of their own interests – implement bold reform in London, if only to keep Labour voters in it. With a substantial majority and only a handful of London parliamentary seats marginal, whoever wins the leadership should commit to a bold Metropolitan Planning Bill to crack open the capital’s housing market. Sadly, neither candidate looks likely to do anything of the sort.

On the sociological level, all this means it is increasingly difficult for younger people to accrue capital, acquire property, and settle down and start a family. Without this, the Tory assumption that young people shift rightwards as they get older will cease to be true. Why would they?

[See also: Will the housing market crash soon? 50-year mortgages suggest it might]

@HCH_Hill
Henry Hill is the deputy editor at ConservativeHome.