Someone, somewhere, is speaking to an executive in a tie right now, pitching a three-part miniseries on the feud between the footballers’ wives Coleen Rooney and Rebekah Vardy. How could they not be? In the era of true crime telly everything is fodder for an adaptation, and there’s no drama more ready to be dramatised than the “Wagatha Christie” trial.

To recap — for those who found living under a rock too hectic, and instead decided to settle down in the molten core of the earth — Vardy, wife of Jamie Vardy, is suing Rooney, wife of Wayne Rooney, for libel after Rooney undertook a deft bit of detective work in 2019.

Concerned that one of her Instagram followers was selling details about her personal life to the Sun, Rooney posted fictitious stories to her account and gradually limited which of her followers could see them. Eventually, one account remained, while the faked stories continued to appear in the press. As Rooney tweeted in October 2019, employing the most masterful ellipsis of all time, it was “………. Rebekah Vardy’s account.” Rooney — like all footballers’ wives and girlfriends since the turn of the millennium — is regularly nicknamed a Wag, so it’s no surprise that she was christened Wagatha Christie for her efforts.

Vardy denies leaking Rooney’s information and is suing her for libel; the trial began today at the High Court. Papers and punters alike are already speculating on who will win, but to anyone paying attention it’s already obvious. It’s the British tabloids who will emerge victorious. 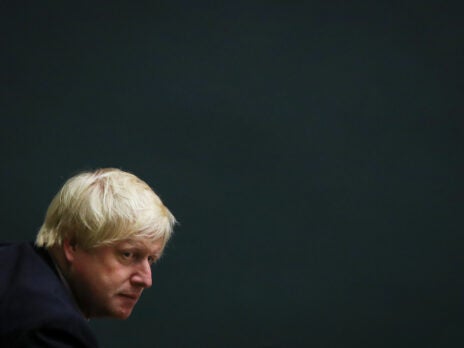 Before the trial is dramatised on our TV screens, it will flood our handheld ones. The Sun website has 264 articles featuring the words “Wagatha Christie”, while the Mail Online is running a liveblog that accumulated more than 600 comments in its first four hours. Vardy and Rooney wouldn’t be engaged in an expensive court battle if it wasn’t for the tabloid press and yet, like a schoolboy taking bets at the side of a playground boxing match, the papers will profit and emerge unscathed.

Both Vardy and Rooney have long been the subjects of demeaning headlines in British newspapers. The paparazzi began hounding Rooney when she was just a schoolgirl in a puffer jacket in 2003; for almost 20 years her every move has been photographed and scrutinised. In May 2005, when she was just 19, a Sun headline branded her a “Top Chav”. In 2012, at the dawn of a new feminist enlightenment, the Evening Standard promoted her to “Queen Chav”. Rooney has been a repeat victim of invasive long-lens bikini photography (and has even had to deny pregnancy rumours for daring to eat before donning a two-piece).

Vardy’s fared slightly better, but despite running countless stories about how she looks on the beach the Mail disparaged her in 2016 for taking “EIGHT foreign trips in ten months”. A few months earlier the paper blamed “pouting WAGs”, including both Vardy and Rooney, for England being knocked out of the 2016 European Championship.

The Vardy vs Rooney case couldn’t exist without tabloid culture that rewards salacious, ill-sourced gossip — and tabloid culture couldn’t exist without Vardy, Rooney and other Wags either. In a way, both women are destined to lose the case: no matter what the judge rules, it’s been speculated that neither will reap their legal costs. Cui bono? The tabloids are the only winners.