Do I like taxing business? Absolutely not. In fact, I would prefer that corporation tax was lowered for smaller and medium-sized enterprises – because I believe that the lower the tax these companies face, the more investment they are able to make in employment.

However, I recognise that big oil companies are some of the businesses that have done well out of the war in Ukraine, raking in billions of pounds of profits. Shell’s quarterly profits have almost tripled year on year to $9.1bn, while BP’s have more than doubled to $6.2bn. Moreover, the multimillion-pound salaries and bonuses that the CEOs of these companies earn hardly reflect performance or value for money. For example, Ben van Beurden of Shell made £6.1m last year, and reportedly has received an additional £18m from share valuations.

The problem with the oil companies is that not that they are earning megabucks in profit (which is not in itself a bad thing), but they have also been ripping off consumers. Some oil companies have not fully passed down the 5p cut in fuel duty announced by the Chancellor at the Spring Statement to motorists at the pumps. We also know that there is a rocket-and-feather approach to pump pricing: when the international oil price goes high, the prices increase overnight, but when they decrease, it can often take weeks to feed back through the pumps to the consumer.

This has been highlighted by both the RAC and FairFuelUK, and has also been written about by Liam Halligan, the free-market economist, in the Telegraph. Earlier this year, he wrote that following the outbreak of the conflict in Ukraine, the price of crude oil rose dramatically, which in turn meant the price of filling up also rose. Since then, oil prices have fallen from $128 a barrel on 8 March to $109 last week. However, this has not translated to the pumps. Back in January, the average diesel price per litre was around £1.46, but now it is more than £1.80. 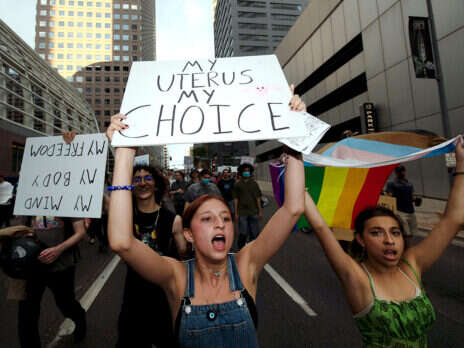 If we believe in fairer capitalism, there has to be a corrective mechanism. A windfall tax could raise up to £2-3bn that could then be given back to the lower paid, either in the form of energy rebates or tax cuts.

This in itself would help the economy, because millions of people would have more money in their pockets. They would be able to spend this in the service or leisure economy rather than face a de facto lockdown at home because they can barely afford to feed and clothe their families.

It is astonishing to me that sections of my party say that this tax would be unconservative. First, as the former Treasury minister Jesse Norman rightly pointed out on Twitter, Margaret Thatcher thought it was the right thing to do – recognising in 1981 and 1982 that desperate times call for desperate measures.

Second, the same Conservatives who have suddenly become ideological about windfall taxes were far less ideological when it came to raising National Insurance earlier this year to pay for the National Health Service.

We need to get a sense of perspective on this and realise that a windfall tax on oil and gas companies is one way we can help people without raising the national debt. This year alone the interest payment will be around £80bn. I am of the view that it’s irresponsible – and unconservative – to put more pressure on borrowing, which increases inflation and the cost of living, and will mean less money for public services due to the interest we will have to repay. Introducing a windfall tax is one clear-cut way that we can ease the burden for the many who need this help now.

[See also: Would a windfall tax really be spent on reducing energy bills?]

Conservative MP for Harlow and chair of the Education Select Committee.