Netflix was the future once. Not all that long ago, we lived in an era where watching television meant waiting for programmes to come on scheduled TV, or else recording them in advance, or relying on Sky+ type recording boxes with pricey subscriptions. Worst still, everything – even DVDs purchased for £15 or more – came with endless adverts before you could watch what you wanted. And how could you discover what to watch next?

It’s no wonder that when Netflix suddenly offered hundreds, if not thousands, of television box sets and movies for a couple of pounds a month, it took off like a rocket. When a few years later it announced it was going to make its own shows – House of Cards was its first real hit – that seemed a strange and esoteric choice, which turned into a triumph.

People would discover Netflix from a friend or a lover, “borrow” their account for a while, and eventually get their own. Netflix grew like crazy because it was both different and better than what came before – leading it to a valuation in excess of $300bn by October last year, making it worth more than the entertainment behemoth Disney.

[See also: Netflix’s Anatomy of a Scandal is an unconvincing take on politics post-#MeToo] 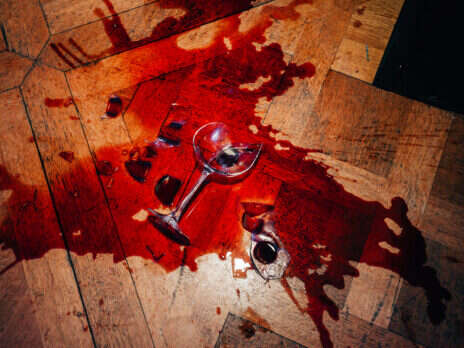 We are being gaslit by Boris Johnson’s government

A mere six months later, two-thirds of that valuation has been wiped out: Netflix’s worth has dropped to around a “mere” $100bn, and for the first time in a decade it has lost rather than gained subscribers – down 200,000 in the first three months of 2022. Even worse, it’s expecting to lose another two million in the next three months. Given the company has borrowed billions to fund its programme-making, and its sky-high valuation relied on growth, there’s reason to panic: did Netflix get everything wrong?

The short answer is no, Netflix did plenty right: it showed there was a better way to watch television and movies. Netflix made it normal to sign up month-by-month with no one-year or two-year commitment – a much disliked requirement of cable and satellite television. It made no adverts the norm too, depriving it of advertising revenue.

But once other companies saw what Netflix was doing, it turned out to be not all that hard to copy. Netflix didn’t own most of the rights to the programmes it aired – meaning the people who owned the rights could either charge more for them, or take the rights back for their own rival streaming services. When it comes to making programmes, existing entertainment companies know how to do that – and often know how to do it more cheaply than Netflix.

[See also: I’m quitting Netflix – but not for the reasons you might think]

Worse still, companies such as Apple and Amazon have reasons to get into streaming, but their livelihoods don’t rely on it. They need their programming to tick over, not to make profit. Where Netflix once stood out as special, it’s now one streaming service among a crowd.

Here’s why Netflix should really panic, though: Netflix’s response to its latest bad results smacks of the alarmed reaction of the music industry in the early 2000s. Netflix’s plan to save its growth is to crack down on account sharing – with its echoes of the music industry’s claim that Napster was killing music – because it was one of the first platforms which allowed MP3 file sharing. Its other plan is to reintroduce advertising, which it had defined itself against for its existence – and which for most people undermines the raison d’être of its product.

Netflix, once the disruptor, is rapidly becoming the disrupted. Worse still, it’s dealing with being disrupted no better than those who went before it. The Netflix story for the next year or two might be one to watch with popcorn.

[See also: In with the old: How radio is beating streaming at its own game]