Kimberlé Crenshaw’s ears must have been burning with alarming regularity and intensity over the last couple of years. We meet in one of the dining rooms of her hotel in central London, her base while she’s on a whistlestop lecture tour. Two days before our meeting she spoke at the School of Oriental and African Studies, and later this evening, she will speak at the London School of Economics. Her subject is intersectionality and feminism. In recent times, intersectionality theory – the study of how different power structures interact in the lives of minorities, specifically black women, a theory she named in the 1980s – has enjoyed a resurgence in popular and academic feminism. Her name and her work has become an introductory point for feminists of all stripes.

Of course, she says, the concept of intersectionality is not exactly new. “So many of the antecedents to it are as old as Anna Julia Cooper, and Maria Stewart in the 19th century in the US, all the way through Angela Davis and Deborah King,” she says. “In every generation and in every intellectual sphere and in every political moment, there have been African American women who have articulated the need to think and talk about race through a lens that looks at gender, or think and talk about feminism through a lens that looks at race. So this is in continuity with that.” 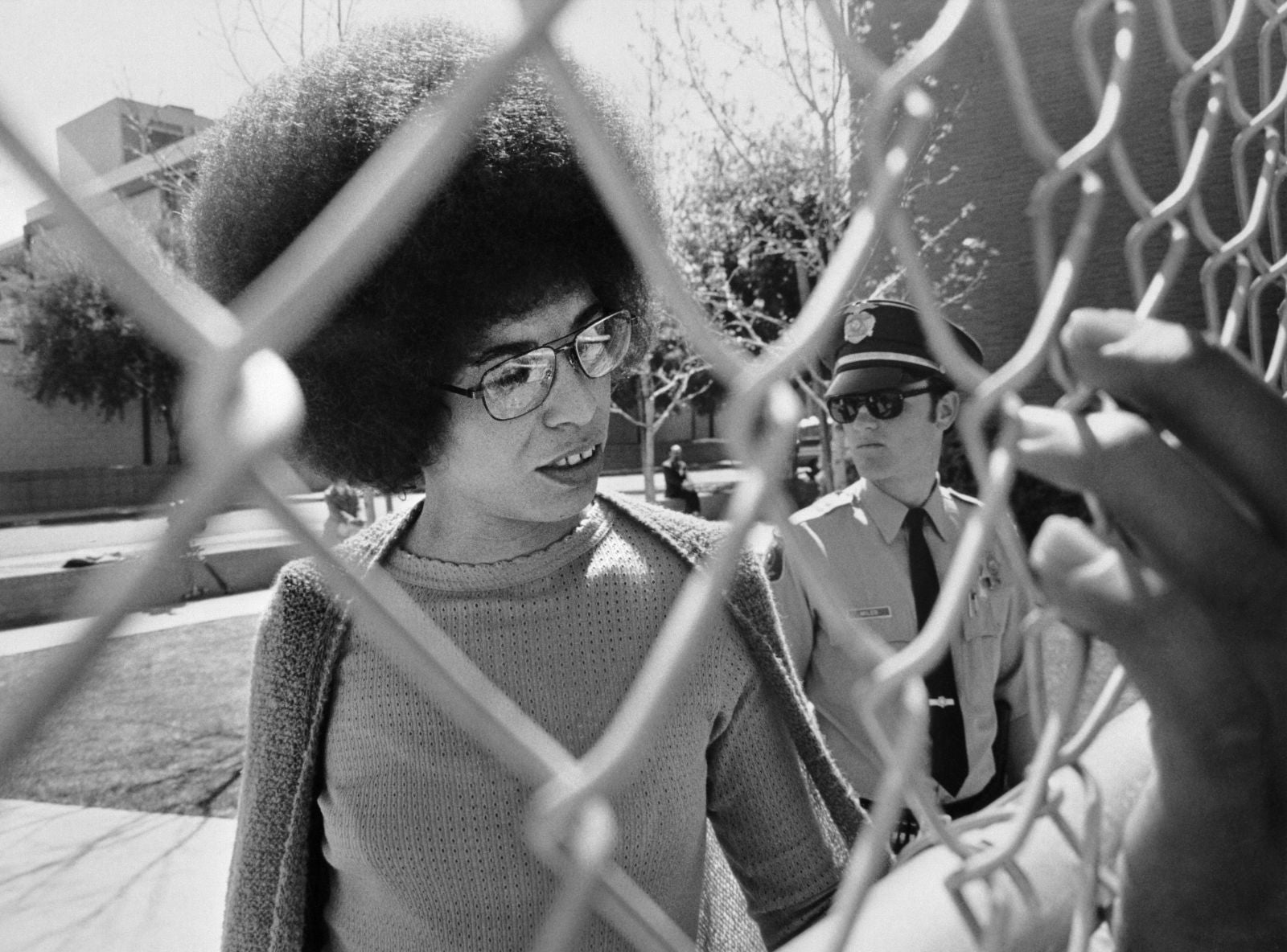 For Crenshaw, a law professor at UCLA and Columbia, intersectionality theory came about specifically to address a particular problem. “It’s important to clarify that the term was used to capture the applicability of black feminism to anti-discrimination law,” she says. In the lecture she delivered at the LSE later that evening, she brought up the case of Degraffenreid vs General Motors, in which five black women sued GM on the grounds of race and gender discrimination. “The particular challenge in the law was one that was grounded in the fact that anti-discrimination law looks at race and gender separately,” she says. “The consequence of that is when African American women or any other women of colour experience either compound or overlapping discrimination, the law initially just was not there to come to their defence.”

Laid out like this, it may seem baffling that so many have had a problem with the idea of intersectionality. What is it, I asked Crenshaw, that makes it so difficult for people to grasp? She pauses briefly before she answers. “I’m only speculating, but there lots of different reasons. I mean, intersectionality is not easy,” she says. “It’s not as though the existing frameworks that we have – from our culture, our politics or our law – automatically lead people to being conversant and literate in intersectionality.”

On the charge that intersectionality is not new, she gets philosophical. “Well, a lot of things aren’t new,” she says. “Class is not new and race is not new. And we still continue to contest and talk about it, so what’s so unusual about intersectionality not being new and therefore that’s not a reason to talk about it? Intersectionality draws attention to invisibilities that exist in feminism, in anti-racism, in class politics, so obviously it takes a lot of work to consistently challenge ourselves to be attentive to aspects of power that we don’t ourselves experience.”  But, she stresses, this has been the project of black feminism since its very inception: drawing attention to the erasures, to the ways that “women of colour are invisible in plain sight”.

“Within any power system,” she continues, “there is always a moment – and sometimes it lasts a century – of resistance to the implications of that. So we shouldn’t really be surprised about it.”

There is sometimes a failure to make analogies, she says. Feminists who have answers for the questions of class politics and how it plays out along gender lines sometimes exhibit an unwillingness to apply the same principles around feminism and race. “That ability to be intersectional – even though it’s not called that – isn’t replicated in [this] conversation,” she says. I think that the same kind of openness and fluidity and willingness to interrogate power that we as feminists expect from men in alliance on questions of class should also be the expectation that women of colour can rely upon with our white feminist allies.”

I bring up a tweet I recently read, about the “perils of yelling at white women for a living” to ask what form pushback takes when discussing intersectionality in feminism. “At the end of the day, it really is a question of power: who has the power to end the debate? To walk away? To say, “I’m done talking about it, and I can go on with my rhetoric in a ‘business as usual’ kind of response?”” She smiles. “Sometimes it feels like those in power frame themselves as being tremendously disempowered by critique. A critique of one’s voice isn’t taking it away. If the underlying assumption behind the category ‘women’ or ‘feminist’ is that we are a coalition then there have to be coalitional practices and some form of accountability.”

But she also stresses the importance of black feminists being the originators of dialogues about their own experience. “When I was writing in the late 80s, there was a strain of discourse among women who were not the subjects of traditional feminism, to simply make critique a difference,” she says. “So just the claim of ‘woman’ or ‘feminist’, prompted some women of colour to say, “but that’s not me”. Well, yeah – that might not be you. But say what difference it makes that it’s not you – what difference does it make in what kinds of interventions come out of a feminist frame that doesn’t attend to race?” She pauses, spreads her hands. “That is our responsibility. It’s up to us. Granted, the space has to be open and there has to be a sense of receptivity among the sisterhood, but I really don’t want other women to feel that it’s their responsibility to theorise what’s happening to us. It’s up to us to consistently tell those stories, articulate what difference the difference makes, so it’s incorporated within feminism and within anti-racism. I think it’s important that we do that apart, because we don’t want to be susceptible to the idea that this is just about the politics of recognition.”

No discussion of Crenshaw’s work can be complete without discussing the congressional hearings of October 1991, organised to address the claim that Supreme Court nominee Clarence Thomas had sexually harassed a colleague, Anita Hill. In his denial of the allegations, Thomas said it was a “high tech lynching”. Crenshaw was part of the legal team that represented Hill – and arguably changed the course of history with regards to the recognition of sexual harassment in the workplace. A documentary film, Anita, has been made of the events of the time, a period Crenshaw describes as “life-defining”. 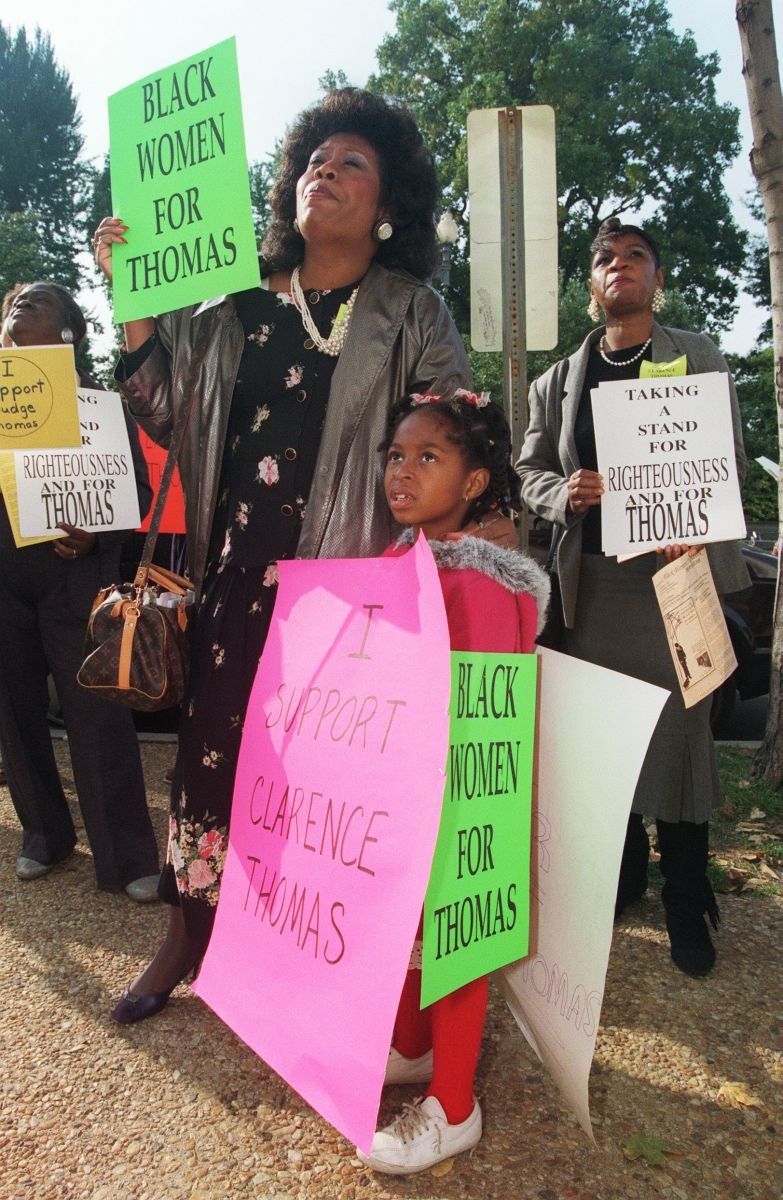 “When we were defending Anita Hill, it was it felt like there was 10 of us against the whole world,” she says. “There was overwhelming criticism of Anita Hill from Clarence Thomas’s camp, the Republican camp, from the White House, from the senate judiciary committee. And the Democrats were not defending her.” Thomas’s ‘lynching’ comment, she says, communicated to many African Americans this was a race issue – leaving Hill with no base to rally. “Lynching is representative of the quintessential moment of racism – and that in turn centres African American male experiences,” she says.

Crenshaw talks about a sort of ‘collective forgetting” – the fact that black women were not spared from lynching themselves, and the way that racist sexism played out for black women involved sexual violence that was never prosecuted. Rosa Parks, she says, “was a rape crisis advocate before she sat down on that Montgomery bus. The very fact that there are a range of experiences around sexualised racism that’s not remembered – and we only remember one experience – is what then replayed itself in the 1990s.”

She describes coming out of the Capitol to find it ringed by largely African American women “holding hands singing gospel songs in support of Clarence Thomas. It was like one of these moments where you literally feel that you have been kicked out of your community, all because you are trying to introduce and talk about the way that African American women have experienced sexual harassment and violence. It was a defining moment.”

One consequence of this was Anita Hill’s claim being taken up by mainstream white feminists – only she was stripped of her race, reinforcing the idea that the case was a race vs. gender issue. “She simply became a colourless woman, and we as African American women feminists were trying to say, “you cannot talk about this just in gender terms – you have to be intersectional – there is a long history you cannot ignore,” but they didn’t have the skills to be able to talk about it,” she says. That led to another big moment: the moment when, as Crenshaw puts it, African American feminists had to “buy their way into the conversation”.

Nearly 2,000 African American feminists across the US collectively raised $60,000 and bought ad space in the New York Times. The ad, called African American Women in Defense of Ourselves, was signed by 1,600 women, and covered among other things, the historical discrimination against black women, as well as what had been happening in the hearings. “That was a moment where black women came forward. Twenty years later,” says Crenshaw, “that has been forgotten.” The legacy of the Anita Hill case is one that subsequent generations of women in the workplace will benefit from. “Many women who talk about the Anita Hill thing, they celebrate what’s happened with women in general: the fact that we have more elected officials now because they were outraged when they saw what the men were doing, Emily’s List came in and really helped women get elected, and so on. So sexual harassment is now recognised; what’s not doing as well is the recognition of black women’s unique experiences with discrimination.”

The forgetting is important to note. Crenshaw recalls the strong anti-harassment work of the civil rights movement, and speaks of a “certain ahistoricism” in some of the conversations around feminism and anti-racism work.. “Intersectionality was something I wrote in 1986, ‘87 and there’s whole generation now that has come to the conversation after black feminism and other forms of intersectional work tilled the soil,” she says. “And I think sometimes its hard for people to imagine what the world was like at the point when none of that work had been done. So I think it’s useful to tell genealogies that include social histories – so people have a sense that the way we talked about it then was as against the constraints of the time. And the way way we talk about it now has built upon that. There are many things that are forgotten, and many other things that are elevated.”