“My feelings are all over the place. Worry at not knowing what I’m likely to lose, not knowing or being able to try out what might go in its place to see if it works… not being involved in change that is about how I live my life. I worry about others, my loved ones, friends hoping I can maintain relationships and not have to rely more on them for help.”

It’s been a week since John Kelly heard that the government is going ahead with its closure of the Independent Living Fund – the standalone fund that helps him and 18,000 other people with severe disabilities to live in their own homes.

The Court of Appeal had quashed the government’s first attempt to do so, when five ILF users secured a widely celebrated victory in November. But despite the court ruling that the DWP had breached the Equality Act’s public-sector equality duty – finding that briefings given to the then disability minister Esther McVey by officials didn’t adequately make clear “the potentially very grave impact” the closure of the ILF could have on those using it – in fact, the judgment only meant the government had to reconsider its decision (this time paying “proper attention” to its legal obligations). Mike Penning, the current minister for disabled people, announced last week that this has now been done – and has simply moved the closure date for ILF back by three months to allow for time lost following the Court of Appeal judgment.

John, 44, has been relying on the support of ILF for over 20 years. He has a long-term joint impairment that means he uses a wheelchair. Like other ILF users, John needs help with aspects of day-to-day living: getting out of bed in the morning, going to the bathroom, getting something to eat.’

The real Cornwall: a county poorer than Lithuania and Hungary 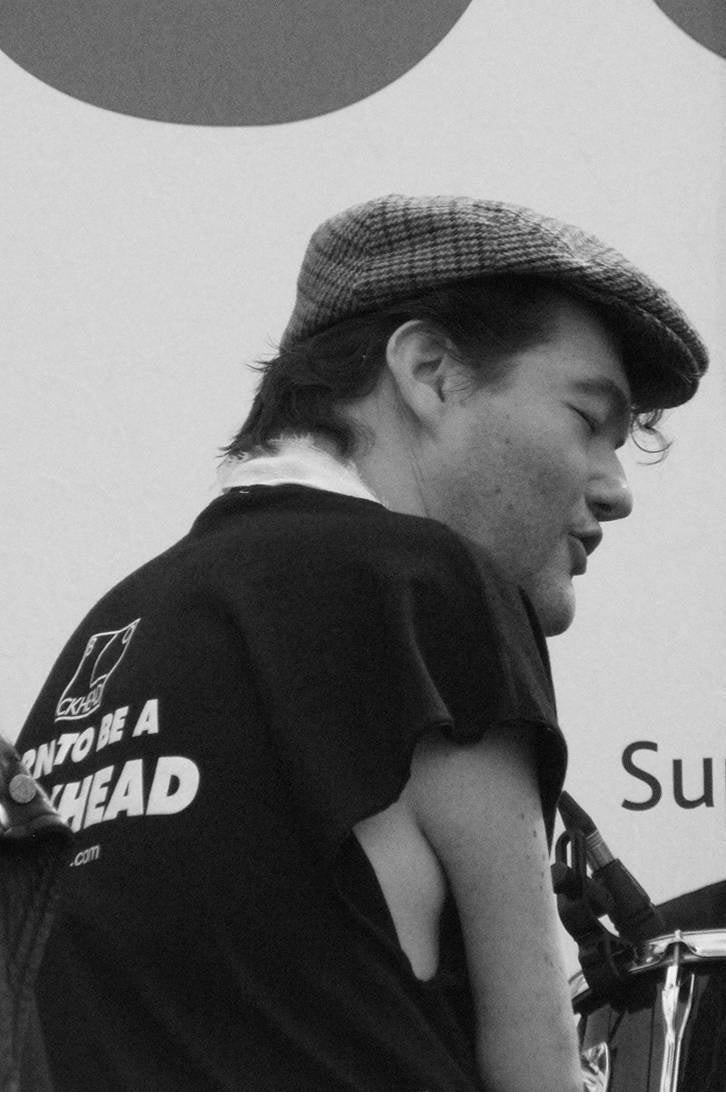 Before ILF, John tells me he relied on his mum for care and when she became ill with cancer, a care agency.

“It was very basic and a bit impersonal, run by the clock fitting all my needs into an hour here, an hour there,” he says. “The workers were lovely but often I wouldn’t know who was coming in [to my home] and obviously they didn’t know much about me, where things were in my house, or how I did things.”

John describes ILF as “completing changing” his life. On top of the basic care costs his local council provides, ILF gives him 65 hours a week: allowing him to hire three to four personal assistants.

“I have choice and control over the basic but fundamental things”, he says. “I no longer have to fit my life into boxes and hourly care slots, I don’t have to worry as much about how long it takes me to shower or get dressed or go to the toilet.”

ILF means the basics of health and dignity: getting to the bathroom when you need it, having a hot meal, and living as an adult in your own home. It also means having the parts of life that can actually be defined as living: nipping to the shops, seeing friends, going to work.

John is an artist and has built a successful career working as a facilitator and musician. To the applause of David Cameron, two years ago he was singing Ian Dury’s 1981 song “Spasticus Austisticus” at the Paralympic Opening Ceremony as fellow performers waved placards for “Equality” and “Rights”.

“I don’t know what the future holds,” John tells me. “Not in the insecurities we all share, but… the basics. How many hours support I’ll have, will I have to decide between a shower and a meal because the care clock is ticking once again?”

“All because someone who doesn’t even know me has decided they know a better way for me to live independently,” he adds. “They consulted but the problem is they haven’t listened.” 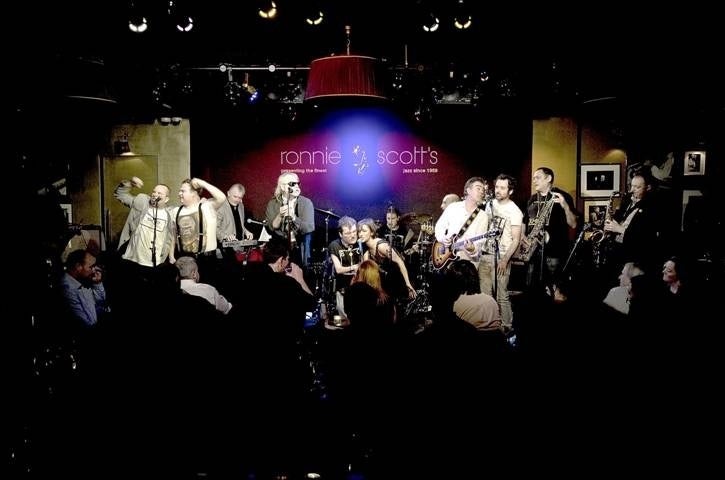 As John Pring noted on Disability News Service, when the Government consulted ILF users on its original decision to close the fund, the responses painted a chilling picture. “ILF allows me to do, as closely as possible, what normal human beings do. I do not do ‘activities’ or ‘access the community’ – I go out for a drive, for a picnic, to visit people, the kind of things ‘real’ people do,” described one respondent. “Before I was introduced to the ILF I was looked after by the local authority. I had no life at all, just a horrible existence. I didn’t get out of bed for months at a time. I was not encouraged to take part in life with the children. My care was extremely basic – to be kept clean, fed and medicated,” said another.

The closure of ILF means that people currently supported by it will, from 2015, be transferred to this local authority care provision. The money, crucially, won’t be ring-fenced – meaning local councils will have no obligation to spend it on current recipients.

These are the same local councils that just last week have been found to be enduring such deep cuts that the UK is breaching the European charter of local self-government. Local authorities do “not have adequate financial resources” and this is likely to “get worse in years to come”, the Council of Europe said.

“Local authority support for social care’s in crisis and things are going to get worse as central funding for local authorities is slashed,” Ellen Clifford, from Disabled People Against Cuts, the campaign who supported the legal challenge against ILF’s closure, tells me. “Social-care packages are ever diminishing, and increasingly stretched local authorities can’t fulfil the same outcomes as the ILF… We’ve seen [this already] with the impact on disabled people who missed out on ILF support following its closure to new applicants in December 2010.”

“Just today I attended a case conference with a disabled woman who has serious physical and mental health impairments and due to the fact that her needs are not being met [by her local authority] her children are being put on the ‘at risk’ register… Still with no forthcoming appropriate increase in support,” she says. “Disabled people’s fundamental human rights are being infringed left right and centre by the increasing failings in local authority support.”

It was a year ago that Alan White and Kate Belgrave reported for the New Statesman that local authorities were already tightening care eligibility criteria so that they only fund people who have “substantial” or “critical” needs. The council facing a judicial review for capping care costs in a scheme where some disabled people were being told to find cheaper means of support such as receiving “their care in a residential or nursing home”. The woman who has cerebral palsy and is in the “substantial” needs band and has to stay in bed at the weekend, because her care hours don’t stretch to weekends. Research by the Financial Times this month declared there’s now a £20bn black hole in the public finances  – suggesting that even greater cuts will have to be made to social security and cash-strapped local government because other key areas of spending (such as the NHS and schools) are protected. Things are getting worse, not better.

As Kate put it: “Anyone who says councils will be able to finance these complex care packages [of ILF users] in this appalling funding environment, with these monumental care funding gaps, is either dreaming, or lying.”

Perhaps the worst thing is that this isn’t news to the Government. It knows exactly what closing the ILF will mean for the people relying on it. Just last week, its own analysis admitted that it’s “almost certain that closure of the ILF will mean that the majority of users will face changes to the way their support is delivered, including the real possibility of a reduction to the funding they currently receive”. [My italics] This could mean “the loss of a carer or personal assistant”, it adds.

I speak to John from the road, travelling from his flat in South London to the first date of his tour. He’s performing in The Threepenny Opera this month; enabled, as always, by the system of support he has built with ILF over years. “Imagine a world where evil goes unpunished and lowly souls remain on the poverty line,” the promotional blurb of the show reads. John suggests it seems fitting for the times we’re in.

“I’m worried about losing what I’ve worked so hard to achieve in order to manage my own life,” he tells me. “I’m fearful of enforced, rushed, ill-considered changes for political point scoring, fearful of the experiments with my life…”

“I’m angry [too],” he says. “We shouldn’t have to be fighting for such basic things in 2014, in the UK, in a civilised, democratic, ‘world leading’ country…. [But I will do. I’ll] fight for the same choice and control to be able to participate, contribute and live a full meaningful life.” 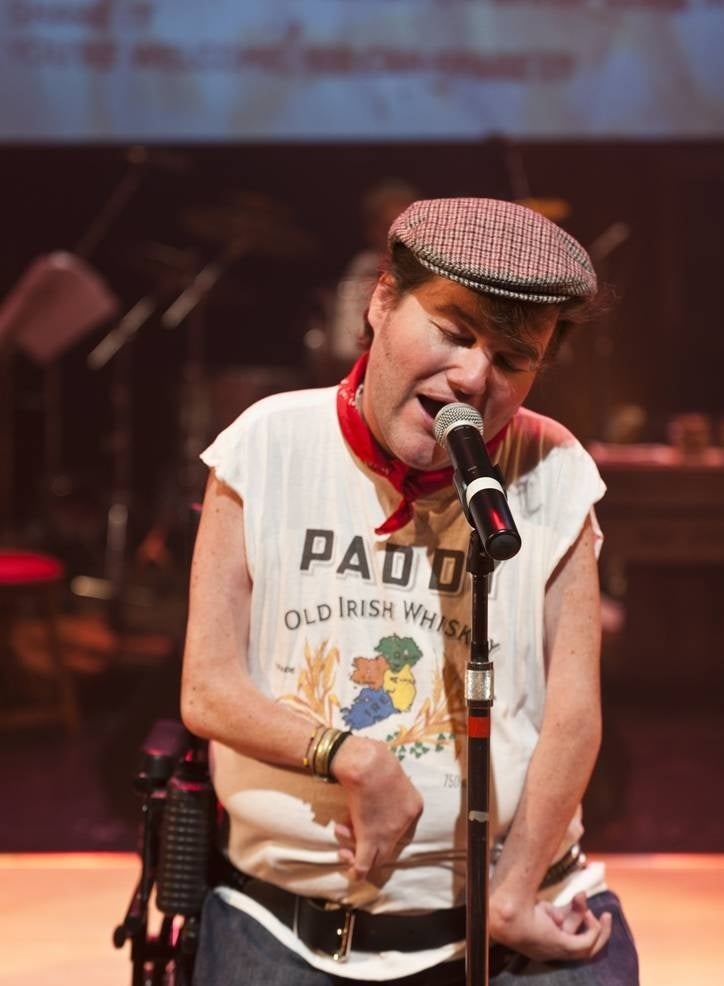 The fight continues,” Ellen says. “We’re seeing… how local authority support is failing to meet the needs and rights of disabled people under the UN Convention on the Rights of Persons with Disabilities. The strength and resolve of grassroots disabled people got us this far and we’re not giving up now. This has never just been about protecting support for existing ILF recipients, however important that certainly is, but it’s also about the fundamental right to independent living for all disabled people.”

“I’m not fighting for more or extra, just for the same,” John tells me. “The only time usually a government or society takes these kinds of freedoms away are when we’ve broken the law and go to prison,” he adds. “And it isn’t me that’s robbed the bank.”