My dad was never one for boats. He’d avoid them if he could. I have a childhood memory of him walking along the Richmond riverbank, keeping pace with the rest of our family as we rowed chaotically along the Thames in a hired boat. We waved across the river and giggled about his insistence on staying ashore.

On family holidays, he approached any journey that would take us across water – the catamaran to France, the ferry to a Greek island – with a clenched jaw, and face set with reluctant acceptance.

As a landlocked London child, I found these journeys thrilling, and always assumed it was seasickness that put him off. He was, after all, fine in the water, teaching me on Cornish beach trips to “dive into the belly of the wave”, and splashing around when the bell rang to signal the wave machine at Brentford Fountain Leisure Centre on Saturday mornings.

Now, when I’ve looked back on his life since he died in 2018, I’ve wondered if there was a different reason. At the end of August 1976, as civil war gripped Lebanon, he fled his home city of Beirut for Cyprus by smuggling himself on to a small boat loaded with watermelons. He was 21, a mechanical engineering student at the American University of Beirut. 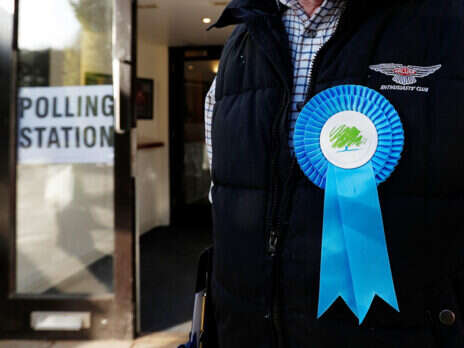 [See also: “You don’t see them until the last minute”: how a small Kent town became part of a refugee crisis]

War meant the schools and universities had closed, and his future was on hold. Day-to-day life was fraught with danger. A neighbour in his family’s apartment block was killed by a stray bullet flying through the window and ricocheting off the wall into his head. Barricades and police lines criss-crossed the city. My dad and his friend had been jailed and beaten when they were caught breaking curfew to drive to the Lebanese mountains, in a car “borrowed” from the friend’s parents, for a sliver of fun.

He left his parents, his childhood and the city where he was born for an uncertain future in Europe, travelling from Cyprus, again by boat, to Greece, where he stayed with his sister, who had settled in Athens.

The youngest of four, he was the last of his parents’ children to leave. As the poem by Warsan Shire, popularised on placards at recent pro-refugee protests, goes: “No one puts their children in a boat/Unless the water is safer than the land.”

I thought of my dad’s journey, and spoke about it on the New Statesman Podcast, after 27 people drowned trying to cross the Channel from Calais on 24 November. They are believed to have been mainly Kurdish people from Iraq and Iran. They boarded an inflatable dinghy to sail across one of the world’s busiest shipping lanes for a chance at life in the UK.

Kurds, one of the most persecuted minorities in the Middle East, have a proverb for their repeated betrayal by the world: “No friends but the mountains.” The grim consequences of that betrayal have now washed up on European shores: desperation, misplaced trust, thwarted hope.

Fewer than 3 per cent of refugees in Europe seek sanctuary in the UK, according to the charity Care4Calais. But many of those who do have their hearts set on British shores have existing ties to the country. They may have family connections there, or already speak English.

[See also: Why the language we use to talk about the refugee crisis matters]

As he sailed among the watermelons, my dad also had Britain in his sights. He would be able to meet up with his brother, who had already relocated there, he spoke English, and he admired the UK. Growing up, he had become a Liverpool FC fan (chosen due to his love of the Beatles), and his natural reserve and dry sense of humour meant his friends nicknamed him “The Englishman” – a moniker that endures on his gravestone, in a very English west London cemetery.

When I visited the “Jungle” migrant camp in Calais in 2016, as the French authorities demolished it, I met Kurdish people trying to reach the UK. In a catch-22 of the asylum process, they could only apply once on British soil – which they could only reach via dangerous routes.

One was an unaccompanied 15-year-old boy from Iranian Kurdistan called Ardalan. He had a legal right to join relatives across the Channel but no funds to make his case. His father, a mechanic in Britain, would visit him each month, but the Kafkaesque asylum system was stopping Ardalan from making the reverse journey. “I just want to go so that I can be with my dad,” he told me, standing in the mud after a break from lessons in the school tent.

Today there is a record backlog of asylum claims in the UK. Nearly 90,000 people are waiting for a decision, and the average claim takes over a year to process. While they wait, asylum seekers are not allowed to work – a nonsensical rule that stirs up resentment in areas where they are housed, and makes them vulnerable to unscrupulous employers.

My dad ended up in London, on a student visa to continue studying engineering. Prohibited from getting a job, he supported himself through his degree by working illegally at night as an usher in the West End (Chekhov’s Uncle Vanya, which he saw hundreds of times from the aisles, became his favourite play.)

Nearly 50 years ago, he found dry land to call home – forever sceptical about boats, but evangelical about his fellow traveller, the watermelon. People make similar journeys every day, risking everything for the hope of a more secure future. And in ever greater numbers, they are losing their lives, or languishing in limbo while the world squabbles over their fate.

Topics in this article: Migration, Refugees