Forget Hartlepool’s Labour history. By one key measure it was one of the most difficult seats for Labour to win. Hartlepool is not just in England, but is a town that has more voters who say they are “more English than British” than most others. Equally important, it has fewer voters who say they are “more British than English” than almost anywhere else.

It is the “more English” who have overwhelmingly supported both Brexit and Boris Johnson’s Conservatives and the “more British” who provide the bulk of Labour’s support. 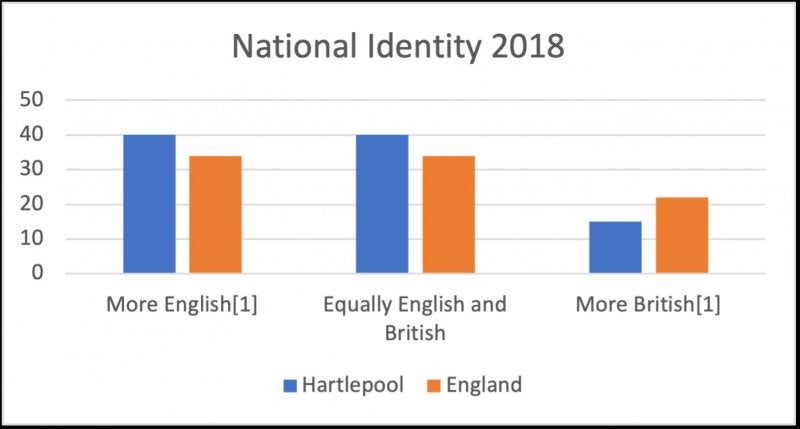 Is this the revival of Tory moderates?

In the 2019 election, Boris Johnson’s Conservatives crushed Labour among the more English, taking 68 per cent of their votes. Today’s Labour bedrock is the more British. Indeed, in 2019, in one of the party’s worst ever election results, Labour actually beat the Conservatives among these voters (taking 40 per cent to the Tories’ 32 per cent).

This decisive tilt of English-identifying voters is one of the most significant changes of the last 20 years. In 2001 Labour won among the more English. Back then, it didn’t matter that Hartlepool was so English, because the English were almost as likely to vote Labour as anyone else. The loss of Labour working-class seats over the following 20 years was, to a very large extent, the loss of the votes of the English.

Once you understood this, Hartlepool looked pretty difficult for Labour. The 2019 general election vote for the Brexit Party, which took 26 per cent of the vote in Hartlepool, made it even more challenging. Despite speculation about where its votes would go, a “more English” voter had been six times as likely to vote Brexit Party as a “more British voter”. It was hard to see those votes going anywhere else but Tory in the by-election.

If we apply the vote share each party got by national identity in 2019 to the make-up of Hartlepool in 2018, we would have predicted the Conservatives to get 51.9 per cent of the vote and Labour 23 per cent. In the by-election the Conservatives got 51.2 per cent and Labour 28.7 per cent. If anything, Labour’s defeat in Hartlepool was overdue. (That’s such a dodgy calculation on so many levels its apparent accuracy has a large measure of serendipity. Nonetheless, only the wilfully blind would suggest national identity plays no role in English elections.)

[see also: Why did Labour do so badly in the Hartlepool by-election?]

But few analysts do take much notice of national identity in English elections. It’s very unlikely that any studies of Thursday’s local and mayoral elections will even provide data on national identity, though we can be sure that Labour’s worst results will be among the more English voters. It’s true that English national identity is rarely articulated explicitly. Voters don’t say “I’m voting X because I’m English” in the way that a Scottish voter might do. They know they are English, and they don’t need to say so. But as academics Ailsa Henderson and Richard Wyn Jones warn, recent politics can’t be understood if Englishness is ignored.

English identity does not stand alone. It is closely associated with a deep sense of local belonging that makes the loss of economic prosperity, a declining sense of community and political marginalisation so potent. Immigration has been more disconcerting to an English sense of belonging in places afflicted by these problems than in more diverse and mobile cities. Scottish devolution is often seen as unfair to England. Wanting politicians to stand up for English interests may mean expecting them to understand all these things.

The relationship between Englishness and voting Conservative is not entirely straightforward. Boris Johnson is much more of a British nationalist than an English nationalist. He rarely says anything about England and his unionism has no room for England as a nation. By contrast, Hartlepool’s English want England’s interests prioritised over those of the Union. They don’t care much whether Scotland or Northern Ireland leave. Most will want to exclude Scottish, Welsh and Northern Irish MPs from making English laws, something Johnson opposes.

The key to Johnson’s appeal is his Anglocentric British nationalism that regards the whole Union as the expression of England’s interests and institutions, ignoring the complaints of the Welsh, Scots and Northern Irish. This very English attitude alienates voters in the rest of the Union, but it cements a bond with voters who want English interests prioritised. Brexit too, although articulated by British nationalists, chimed with the English desire to deepen national democracy and national sovereignty. Labour is trying to say that Brexit is done but makes no attempt to show that it understands why people might have voted for it in the first place.

All of which is a problem for a Labour Party that has to win back “more English” voters. Labour in England is also an Anglocentric British unionist party that doesn’t speak to England. It rejects any idea of English nationhood, English institutions or English democracy and rarely even names England when it is talking about England. Labour doesn’t even offer the visceral sense of “being for the English” that Johnson’s Anglocentric Britishness provides. The limp Union flag behind Starmer’s shoulder is a lowest common denominator unionism, an attempt to claim we are all British at just the moment when being British is no longer a unifying identity across the Union.

Labour’s reluctance to negotiate the complexities of national identity is beginning to look like an existential crisis. There is a “more British” part of the electorate where the party is at home (though it competes here directly with the Greens and the Lib Dems). Unless it can speak to English England, it cannot and will not win.