Next Wednesday, 2 December, as lockdown lifts but most of the population continues to avoid travel and steers clear of each other, the government will lock several dozen people inside a metal tube and fly them across the Atlantic. The Home Office has declined to comment on how many people will be aboard its deportation flight to Jamaica. It has also declined to outline for what crimes these people have been convicted, though it has certainly attempted to give the impression that they are very bad.

But campaigners, such as BARAC UK, have pointed out that many of those who’ve been put on such flights in the past were not hardened criminals at all, merely people who had fallen foul of the immigration system. Others may have committed minor offences, but already served sentences – and are now being punished again, sent to a country where they may never have lived, three weeks before Christmas in the middle of a global pandemic.

Home Office spokespeople say they make “no apology for seeking to remove dangerous foreign criminals to keep the public safe”. Yet there is a strong argument that they should.

Consider some of the Home Office’s other greatest hits of the last few years. In 2017, the department threatened to deport 21-year-old Brian White, who had grown up in a Zimbabwean orphanage before being adopted by a British family. It had previously rejected his naturalisation application. Officials relented, after an outcry, and White went on to take up his place at Oxford to study chemistry. What would have happened if he’d had a less inspirational personal story is an open question.

What if Keir Starmer’s gamble backfires? 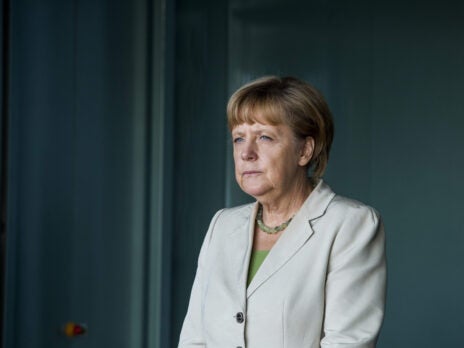 In 2019, the Home Office refused permanent residency to Anna Amato, an Italian-born woman who had lived in the UK for 55 of her 57 years, had been educated here, paid tax, married a British man and had British children. The department told her she didn’t provide enough evidence of her status, despite submitting so much evidence that it cost £35 to post.

The same year, the department told Furaha Asani, a researcher at Leicester University, that it was giving her three weeks’ warning of its intention to deport her to the Democratic Republic of Congo. Asani grew up in Nigeria, and despite her Congolese passport, knew nobody in the war-torn central African state in which she had never lived. There was, to the surprise of nobody outside the Home Office, outcry about that case, too.

These are the incidents we know about. Vulnerable people whose careers are less impressive or elbows less sharp are, as ever, less likely to get media attention.

Last December, the Financial Times exposed the motivation behind the free workshops offered by the Home Office’s National Community Engagement Team, which it claimed provided a “valuable opportunity to learn more about what support is available to local people… in vulnerable circumstances”. The team was accused of using these meetings as a way of making contact with those in vulnerable situations so that it could find out who they were and pressure them to leave the country.

Each of these stories is a scandal: an inhumane attempt by a faceless bureaucracy to ruin lives and break up families because somebody, somewhere, doesn’t have the right piece of paperwork. But they do concern foreign nationals.

The big one, of course, did not. The Windrush Scandal saw more than 80 British citizens, who had lived here for decades quite legally under the terms of the British Nationality Act 1948, deported all the same. Many more were detained, denied medical care, or lost their homes or jobs. A British government department was so keen to remove illegal immigrants that it ended up removing British citizens too. The Home Office is not only inhumane; it’s also incompetent. (Amelia Gentleman has documented all this for the Guardian, and in her book The Windrush Betrayal: Exposing the Hostile Environment.)

A question often asked, whenever someone has drifted into religious or political extremism, is: who radicalised them? This is generally asked of religious fundamentalists or white supremacists. It’s rarely asked of government departments. That may be because the answer is obvious: a series of increasingly hardline Home Office ministers, who apparently either worship or live in fear of the Daily Mail.

But there is a reason we don’t accept “I was only obeying orders” as a legitimate excuse for wrongdoing. And surely not all the blame can be laid at the feet of ministers: even Priti Patel has pledged a culture change within her department. We shall see. Given that it is only months since she made that promise, and the Home Office is arranging deportation flights all the same, it is hard to have faith.

So perhaps a better question is: can the Home Office be de-radicalised? A major government department has, over years, drifted into increasingly unhinged and extreme positions, which have seen it ruin the lives of law-abiding migrants and legitimate British citizens alike. Perhaps its institutional culture can be dragged back to decency.

Or, just possibly, the Home Office is too rotten to save. Perhaps it is time it were abolished, and its functions performed elsewhere.