Sean Bean is having a vape and an espresso in the Palazzo Medici. As he puffs away in a chamber filled with autumnal Florentine sunshine from its grand arched windows, the English actor’s choice of vice appears incongruous in such luxurious surroundings. A tray with Prosecco and glasses sits untouched on an oval table.

I meet him here, beneath a high ceiling adorned with bas-reliefs and walls of Renaissance paintings, because he’s promoting Medici: The Magnificent, a big-budget Netflix series that sees the 59-year-old play the snarling, manipulative nobleman Jacopo Pazzi – head of a rival family to the House of Medici in medieval Florence. The first scene is a classic Bean entrance: wielding a sword at his enemy, his shoulder-length hair aflutter, he remarks: “Always looking for trouble, aren’t you boy?” Cue duel. 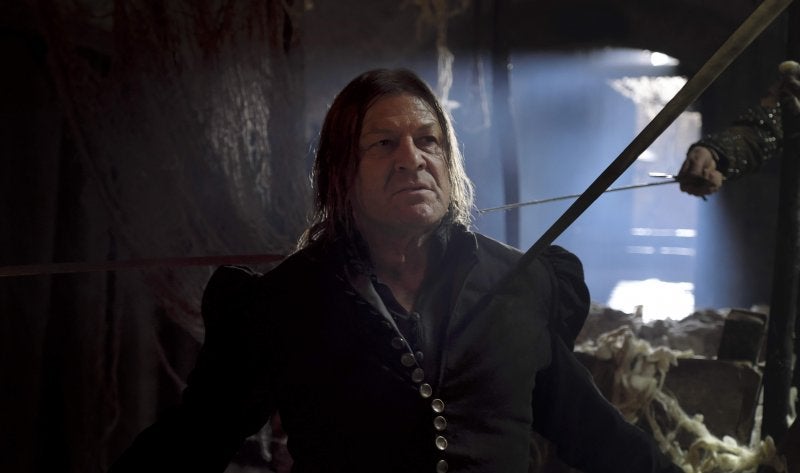 His green eyes flash similarly today, though his hair is cut short, there’s a brush of stubble, and he’s traded his doublet for a smartly pressed navy shirt. The Yorkshireman’s familiar Sheffield vowels are back, too.

“It [swordfighting] is something I quite enjoy, there ain’t no lines to learn,” he laughs, a veteran of fight scenes from more than three decades of playing action villains and noble fighters alike. “Every character I’ve played with a sword is always a good swordsman. There’s hardly anybody who’s crap is there?”

Wryly aware of his CV of macho roles – from a heartthrob rifleman in the Nineties TV series Sharpe and James Bond’s nemesis in GoldenEye, to Lord of the Rings’s Boromir and Ned Stark of Game of Thrones’s first season – he still regards Medici as a fresh career move.

Made by Lux Vide, a European production company working to make Italian TV go global, the high-end drama was filmed in its historical setting, from the hilltops of Tuscany to this very Palazzo, meaning a tourism pull for viewers – and fun for Bean. “Subconsciously you absorb it,” he grins. “You just take it for granted that you are in a nice big cathedral with cobbled streets… When you’re at school, in history, it was a bit of a drudge wasn’t it? Because you couldn’t picture anything.”

Yet Bean jokes about flicking to the back of scripts when he receives them, so often has he come to an untimely end on screen (the real-life Jacopo was eventually hanged).

His tally of 25 deaths is so varied – showered with arrows, torn apart by horses, buried alive, decapitated, toppled off a cliff by cows and many more – that he’s become an internet meme with the #DontKillSeanBean hashtag. There’s even a “death reel” on YouTube, compiling his colourful demises. “I’m not complaining, I don’t mind about that, I’ve been some wonderful characters,” he smiles. “But I have been surviving quite a bit recently – well, up to about last year!”

He’s happy to laugh at his career, playing himself as a “spirit guide” cross between Boromir and Stark in Channel 4 stoner comedy Wasted, but says he prefers “personal, smaller dramas”. “If you’re playing one-dimensional characters, which you usually are in the big blockbuster things, that’s fine, that’s fair enough, but you can’t sustain yourself on that… you’ve got to go back, do something that is actually quite dense… these big films, the characters aren’t quite as defined or as thought-out or realistic, but that’s probably the intent.” 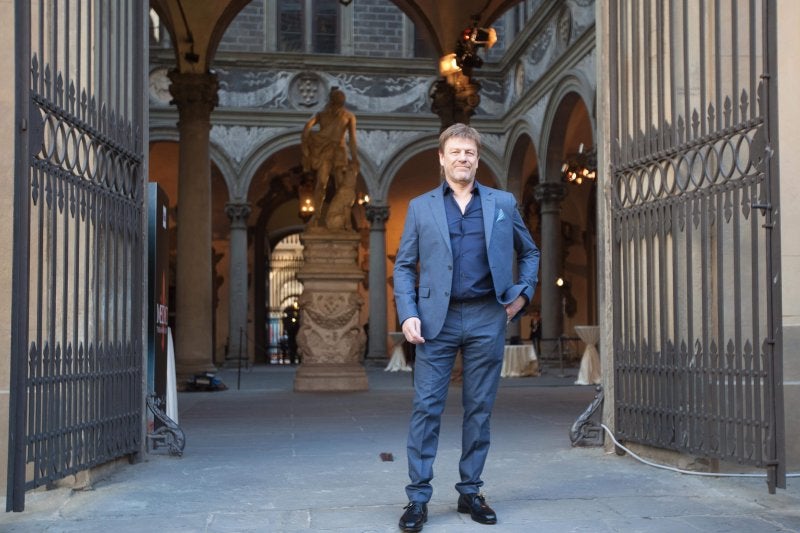 Contrary to his reputation in pop culture, Bean tries to choose roles or projects he hasn’t done before. “If I feel as though I’m repeating myself, that’s just not very good,” he says.

He was brought up in Sixties Sheffield by his father, who owned a welding business, and his mother, who worked as its secretary. His family never moved out of the two-bedroom former council house where he grew up.

Bean, who praised Jeremy Corbyn in 2015 after the Labour leader was first elected, appears frustrated today. “He [Corbyn] does actually believe in what he stands for,” he says. “Although he’s often made to make compromises ever since he’s become leader, he’s had a constant attempt to compromise him and I guess he’s treading a fine line – he’s got the press against him, hasn’t he, in the main?”

While Italian audiences will draw comparisons between their tempestuous politics and the factionalism of the Medici rulers, Bean also sees parallels with Britain.

“At least in the Medici, it looks believable what they’re saying, you think they’re actually feeling it,” he says. “Whereas today, you watch people talking and they sound like mouthpieces – like something with a CD in the back of it.

“It’s like Theresa May, she’s just like” – he puts on a mechanical voice – “WAH WAH, like a kind of robot. How can they keep repeating the same things and expect us to believe it? ‘Brexit means Brexit’? I mean, how many fucking times can you say that?”

He repeats in a slow-motion drawl: “Breeexit means Breeexit. It doesn’t actually make any sense. Nothing makes sense any more, nothing. It’s just like background music, lift music. And I think that, you know, [they’re] just kind of outright liars, really, for the most part.”

After playing his Machiavellian character, he reflects that politicians “use any means at their disposal in order to protect their positions and keep their privileges. And ultimately, they justify it now by calling it ‘democracy’, don’t they? But there’s a lot of strings attached!”

This article appears in the 24 Oct 2018 issue of the New Statesman, The Brexit crash