Blackness is in vogue. All over the world people are raising their fists and singing along to Beyoncé’s Lemonade, Bristol just elected its first black mayor, and Malia Bouattia recently became the first black, Muslim woman to head up the National Union of Students. You would think things were looking up – except they’re not, because being in vogue doesn’t help the young black men still being incarcerated in their thousands and killed in their hundreds by police in America, the white-dominated media insisting that “black power seems to have gone to everyone’s heads”, or the fact that actually, Malia Bouattia isn’t really black.

You’d be forgiven for thinking so. Bouattia spent the past year working in the capacity of Black Students’ Officer for the NUS, identifies as Algerian, looks as though she could be mixed-black, and recently wrote an op-ed for the Guardian in which she stated: “This week I became the first black woman to be elected president of the National Union of Students, and the first Muslim who will hold this position too.” Seems pretty clear.

However, in less of a Rachel Dolezal-inspired move, and more of what in my opinion is a continued misguided attempt at solidarity, Bouattia (along with the NUS as an organisation) is still in the habit of making use of the term “political blackness” – meaning it throws all people of colour under the banner of blackness (sometimes with a capital B for emphasis), and that those who are, say, Asian or Arab, openly call themselves black and are eligible, under that mandate it seems, to become elected officials without making clear their actual ethnic identity.

Bouattia herself has written about political blackness in a piece which was supposedly celebrating Black History Month, but seemed to have more of a focus on the struggles shared by minority ethnic people in the UK. “Many organised under the label of political Blackness,” she wrote, “to reflect shared experiences of marginalisation and racist oppression from the state by African and Asian-descended people, and to build solidarity between groups. 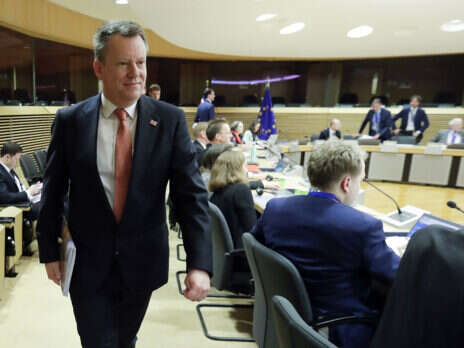 Is David Frost making empty threats about tearing up the Northern Ireland protocol? 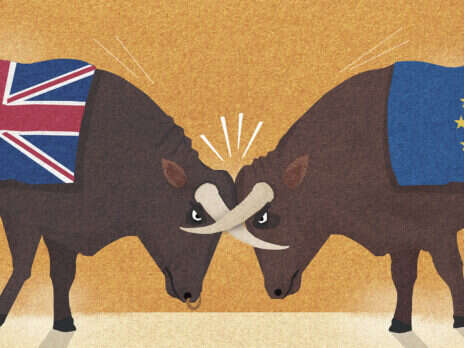 “Instead of pandering to politicians or begging for concessions from the state, these groups took direct action to force Black issues on the agenda and create spaces for self-empowerment, whilst also influencing government policy in the process.”

Herein lies her justification for the use of political blackness: she believes that minority ethnic people have more that should draw us together than drive us apart. In many ways she’s right, and her work as a student campaigner influenced by this thinking has been consistently excellent – one student campaigner revealed to me that as well as doing big work, like testifying against the government’s toxic Prevent agenda at the United Nations in Geneva, in her former role Bouattia also made time for personal phone calls with BAME student officers around the country. She is likely to make an outstanding president, and undoubtedly serves as an inspiration in a climate where women of colour are vastly underrepresented in politics.

I also appreciate that political blackness is a historically relevant term, uniquely British and developed in the 1970s and 80s as part of the anti-racist movement. As put by Carol Roper in an article from The Multicultural Politic collective: “In the face of the virulent racism of the Thatcher years, Black identity never embraced a single homogeneous identity and was able to contain within it a multiplicity of difference.” Nathan E Richards has also rightfully highlighted Sara Ahmed and Heidi Safia Mirza in an article for Media Diversified, who have both written and edited important work while identifying as politically black academics. And as Richards wrote, this discussion regarding whether we should re-evaluate political blackness is not an attack on them – nor, in this case, on Bouattia.

But, put simply, just as I didn’t have the indignation of being compared to a terrorist and told I smelt of curry while growing up, as a few of my Asian classmates did, neither did they suffer from attitudes of anti-blackness imparted by other people of colour while they were a teenager, nor were they ever roughly called nigger by a group of sniggering adolescent boys at a party. My point is that people of colour in the UK, despite our minority status, will have had hugely different racialised experiences, and to conflate them seems to me to be unwise and outdated. Political blackness was even criticised nearer the time of its inception by cultural stalwarts such as Stuart Hall and Tariq Modood.

Although I will always condemn racism and support those who have faced prejudice, I wouldn’t pretend to relate to the Asian experience, and the idea of deeming myself “politically Asian” is farcical. Despite the good intentions of the NUS, who have put a lot of time and effort into furthering the cause of minorities (see the Black Students’ Campaign, for example) I can’t get away from the fact that I believe political blackness in the twenty-first century undermines the struggles that black people go through in the UK. And, as an editor for gal-dem.com, a new magazine which is written exclusively by women of colour, I know there are ways for BAME people to support each other without returning to the misguided notions of the past.

At the very least the NUS, with Bouattia at its helm, should look into re-naming their “black” officer roles, even if Bouattia herself continues to choose to identify as black. This is of course semantics – may even seem slightly petty – but it would be something that relieves any confusion, and means that the identities so hard fought by people of colour in the UK, remain, in some small way, intact.