Luton South in Bedfordshire is not the most glamorous of constituencies, but in every election from 1951 onwards it went to the party that formed the government. It was, in the words of the trade, a “bellwether”. What was good for Luton South was good for the rest of Britain.

Then came 2010 and Lutonians ruined everything. They voted Labour when the country didn’t and were bellwethers no longer, just ordinary voters again. In losing statistical prestige, however, they gained something more interesting. Their constituency bore witness to the kind of power organised religion can have if mobilised behind one of the parties.

Before the last election, the local Labour Party in Luton was in trouble. Not only did it have to overcome the unpopularity of Gordon Brown, it had the added disadvantage of having been represented by Margaret Moran. Moran had enthusiastically backed the Iraq war and then became one of the most egregious abusers of the parliamentary expenses system. She had been deselected, but residual unpopularity would surely doom any successor. As if that wasn’t tough enough, the television presenter Esther Rantzen chose to run in Luton South, too, attracting much publicity.

Labour’s central office in effect gave up. Over the course of the campaign, the Conservatives spent almost half as much again as the incumbents, and Rantzen and the Lib Dems were not far behind. When all the spending was tallied up, every vote in Luton South cost more than £3 – the most expensive in the country.

How to nationalise water by stealth

Into this hostile arena walked Gavin Shuker, Labour’s 28-year-old candidate, a Luton boy with no political experience. He had alienated many leading figures in the local party: first, by putting himself forward from outside the constituency’s usual hierarchy; and second, by winning selection (by just two votes).

“The party chair’s first words were: ‘You have just lost us Luton South,’ ” Shuker told me over coffee at a café near Luton train station, where we were joined by Fiona Green, leader of the “broadly evangelical, broadly charismatic” City Life Church in the town, and John Whittaker, the current chair of the local Labour Party, who is another member of the congregation. Shuker led the church until his selection as candidate.

Labour does not “do God”, in the words of Alastair Campbell, but this group of believers does, and they won the party the seat. With minimal funding from the centre, and no expectation of victory, they created a strategy on the fly.

In hours spent on doorsteps, they realised that techniques honed telling sceptics about their faith worked well on potential voters, too. Often that involved “sucking up” a voter’s 15-minute rant about Moran’s expenses and the Iraq war, but it also made a lot of friends. Or, as Whittaker put it: “We worked our arses off for five months knocking on doors.” Green recalled: “You do not expect people to change their minds on the doorstep but they did. It was amazing.”

On the eve of the poll, bookies were offering odds of 5/1 against the Labour candidate, but the team was right to be confident. Turnout was up 11 per cent on 2005. Labour’s percentage share declined, but the swing against it was below average. Shuker won and Rantzen lost her deposit. The two Luton seats are now Labour’s only representation in eastern England.

“When I came into parliament, I had about ten MPs who came up to me to say their second-favourite result was Luton South,” Shuker said. “The party had written off the seat and I genuinely don’t think we could have held on to it if we hadn’t done what we did.” In short, a small, tight-knit group of politicised believers took on the combined spending power of the Tory party and a celebrity, and won. The question is whether this is a one-off, or something that can be repeated elsewhere.

“When I was leading at church, I was thinking: how do I build a church with people who do not go to church?” Shuker said. “How do I attract people aged 18-35 and how do I make it seem normal? And that’s the same challenge the party is facing. If people feel welcomed, if they feel valued, if they don’t feel guilt-tripped, if they feel that what they can contribute at this time is sufficient, if they have fun, then you are doing it right.”

With less than a year to go until the next election, it is worth asking whether Christians could have a decisive impact on the vote, especially as we are witnessing a general shift leftwards in pronouncements by church leaders. 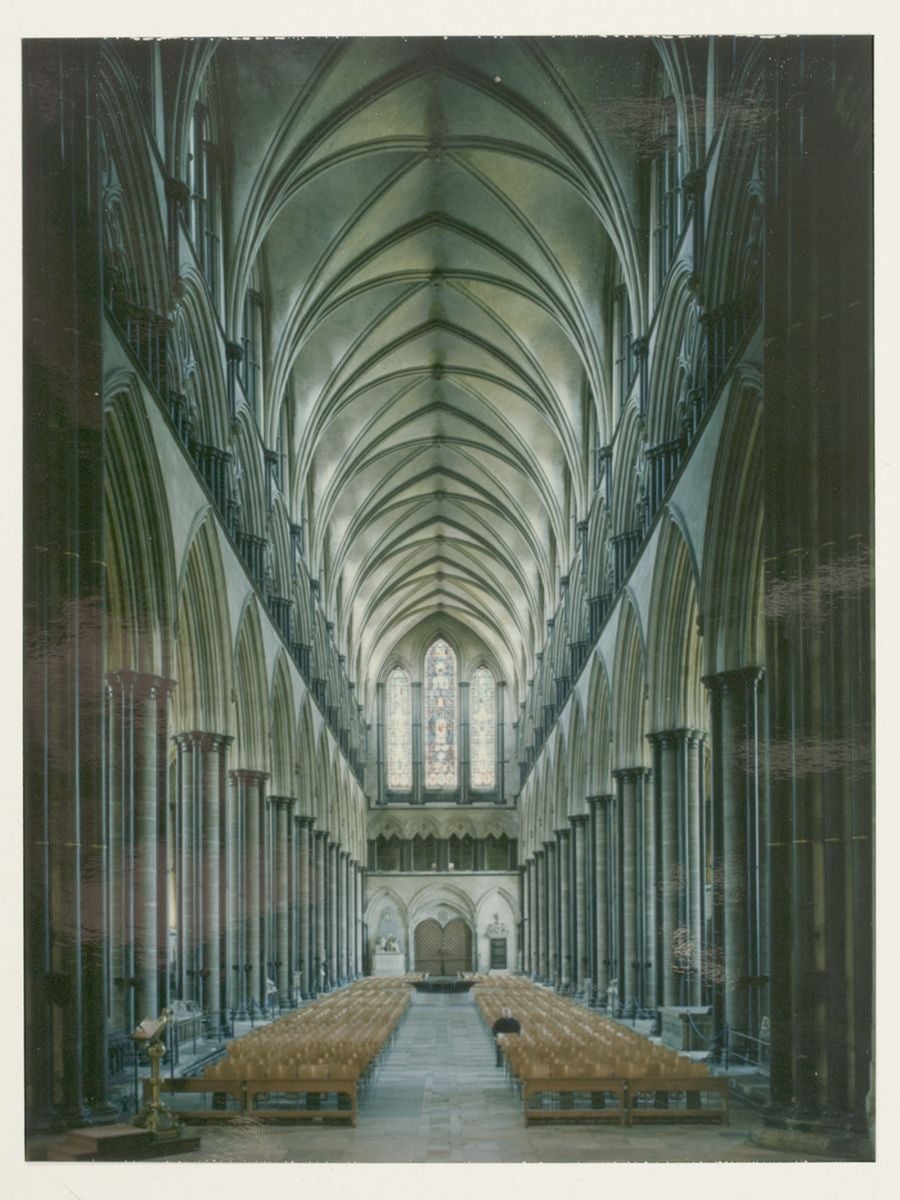 In search of a mission: as congregations of many mainstream churches shrink, evangelical groups have been expanding rapidly

The Archbishop of Canterbury, Justin Welby, has made repeated political interventions since his appointment. In March last year, just before he was formally elevated to the See, he lambasted a government attempt to cap welfare increases at 1 per cent a year. Since then, he has criticised energy companies and promised that the Church of England will drive the payday lender Wonga out of business (although, after the Church was discovered to have invested £80,000 in the company, he had to soften his rhetoric). In Rome, Pope Francis has been pushing a similar message.

Ed Miliband and his party should not assume, however, that this means believers will necessarily follow the bishops in the polling booths. Research by Linda Woodhead of the University of Lancaster shows that most Christians who attend church don’t much care what their religious leaders think. Only one in 50 Anglicans, and one in 25 Catholics, takes guidance from church leaders in reaching moral judgements.

Besides, Christianity is a waning faith in Britain. Between the 2001 census and that of 2011, the number of people calling themselves “Christian” fell by 4.1 million while those declaring themselves to have “no religion” rose by 6.4 million. Christians have the oldest age profile of any faith and are ageing rapidly. And although 33.2 million British people still called themselves Christian in 2011, few of them turned up to church on Sundays, the average attendance dropping from 1.04 million to 898,000 over the decade.

Yet the political parties should not see these figures as reason to dismiss Christians, because even though congregations are declining, the parties are declining even faster. Party members account for just 1 per cent of the electorate – a quarter of the level of the early 1980s. And, like Anglican churchgoers, they are ageing. Committed young activists with the time and inclination to spend trooping from doorstep to doorstep are in ever shorter supply, which is why Shuker’s congregation had such an extraordinary effect in Luton South.

It will not be enough to win over clerics, however, because the traditional denominations cater for a dwindling share of Britain’s believers. The country lost more than 800 Anglican, Baptist, Presbyterian and Methodist churches in the second half of the past decade. The growth area is at the charismatic end of the faith – Pentecostals and similar, smaller groups, which opened more than 2,000 churches over the same period. This has a parallel with politics, too. New organisations such as Make Poverty History, Stop the War, UK Uncut, Citizens UK and the People’s Assembly have made much of the running, while party conferences increasingly resemble bingo halls.

The successful political party will be the one that best harnesses the energy now being expressed outside conventional hierarchies. As such, it is not surprising that Andy Flannagan – an Irish singer who doubles as the head of Labour’s Christian affiliate, Christians on the Left (previously called the Christian Socialist Movement) – wants to grab some of that energy for the party and re-create a Christian socialist wing that was present at Labour’s formation but has since fallen away.

“There has been a lack of inclusiveness, a lack of tolerance of Christians, which is dangerous, because you slide towards a Democrat/Republican separation and none of us want to go down that path,” Flannagan told me when we met at Portcullis House in Westminster. “The Labour Party is stronger when formed from a broad coalition.”

The Conservative Party laughs that off, saying that it is the natural home for believers. “There’s a massive difference between a party that set the tone and said, ‘We do not do God’ . . . and a party that says, ‘No, we do do God.’ Whether you have a faith, or no faith, and whether it’s a Christian faith or whatever, we want you to join in,” says Colin Bloom, leader of the Conservative Christian Fellowship.

At the election next year, the “big society” party will be competing with the “one-nation” party for the activists and energy of faith groups, but doing so with very different messages. The Conservatives, Bloom says, will stress how they have handed control of local services to faith groups and left them to get on with it. Labour will explain how Christians share their ideas of social justice and appeal for a broad coalition.

The difference in emphasis between the two parties reflects a theological divide in Christianity that opened up under the influence of Tom Wright, Welby’s immediate predecessor as bishop of Durham. Although outside the Church Wright is known chiefly for his opposition to gay marriage, among left-leaning believers he is praised for urging Christians to engage in the world more and worry about saving souls less.

The seeds of Wright’s doctrine fell on well-prepared soil, thanks to an Anglican shift to urban areas in the 1980s. A new social mission consciously opposed to the harsher variant of Thatcherism inspired vicars and believers.

If that sounds like Barack Obama-style community organising, Citizens UK, for one, would be delighted. An umbrella organisation that brings together 250 civil society groups – half of them faith-based and half of them secular – it has proved a powerful mobilising force. Among its victories, it counts a pledge by the government to cap the rates payday loan companies can charge. It invented the “living wage” and is pushing for better conditions for care workers.

“We have no ambitions to be a Westminster power, but we have ambitions to be a power broker . . . we have to do politics,” says Neil Jameson, executive director of Citizens UK. Its 2010 national assembly attracted Gordon Brown, David Cameron and Nick Clegg, yet no amount of wooing will make it line up behind any one party.

“Our links with the wider community offer faith groups an opportunity to reach out beyond their walls and tackle concerns they share with a broader congregation of local citizens,” Jameson told me. “Crucially, this work is non-partisan: our interest is in the health and well-being of civil society and increasing the participation of ordinary people in public life – whatever their political persuasion.”