Which front page today will affect this country’s leadership the most? Is it the questions about Boris Johnson’s relationship with his girlfriend, splashed by almost every daily paper? Is it Jeremy Hunt’s call for Johnson to put himself up for debates and interviews, which he has so far been ducking?

It’s a small exclusive report puffed on the front page of the Express.

Headline: “Scandal of 64,000 who died while waiting for social care” 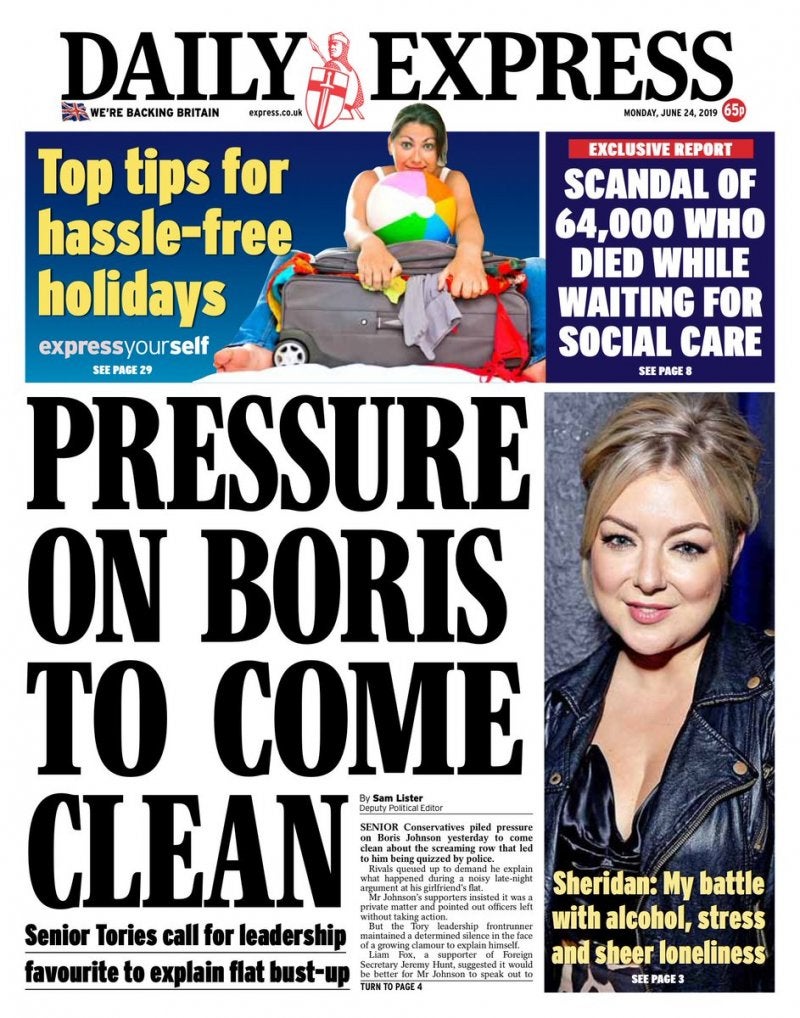 The headline within the paper reveals: “Scandal as 77 a day die waiting for social care”

This is part of the Daily Express’ “Respect for the elderly crusade”.

It reports on analysis by the charity Age UK that nearly 64,000 people over 65 have died after making a request for state support, since the government announced it would publish a green paper on fixing the crisis in funding social care.

Two years ago, in the March 2017 Budget, the government announced that it would publish a green paper on adult social care, to allow for a public consultation and a new policy for funding it. This was also a promise in the Conservatives’ 2017 election manifesto.

It was originally supposed to be published in summer 2017, but has yet to appear. It has been delayed eight times by my count, the most recent government utterance being that it will be published “at the earliest opportunity” – watered down from its previous line earlier this year of “the first opportunity in 2019”. This is even vaguer than the Health and Social Care Secretary Matt Hancock saying in January that he “certainly intend[s] for that to happen before April”.

With a funding gap of £4.4bn for English social care projected for 2023/24, according to the Health Foundation, the government is delaying and worsening a huge crisis. Without a new funding commitment, the money for adult social care is only rising 1.4 per cent a year for the 3.6 per cent rise in demand.

This is a nightmare for the government, whatever the party. But it’s a particular challenge for the next Tory prime minister, as an immediate funding crisis that most affects older voters, who are more likely to vote Conservative.

Although the stereotypically right-wing Express has changed the tone of its reporting under a new editor in the past year, it’s still telling that this paper – with a relatively older and conservative working-class readership – is taking this up as a campaign. It chimes with some of my reporting on austerity in Conservative heartlands, where local Tory politicians can sometimes sound like Corbynites in the way they condemn a lack of government funding.

Quietly, these tremors could end up meaning more for the premiership of whoever wins the Tory leadership contest than their Brexit outlook or domestic rows.