One of the more facetious arguments Scotland’s Yes movement touts is that the nation enjoys a kind of innate moral superiority to England. To them, our big southern neighbour is a country of Trident, Brexit, brutal welfare reforms, unhinged education reforms, NHS privatisation, austerity and neoliberalism. The not-so-subtle message is that England is a thin-lipped land of devil-take-the-hindmost fatcats, racists, isolationists, pompous boors and weepy imperial historicism. Scots, by contrast, are virtuous angels interested only in the common weal.

Despite the past year, this still seems a little harsh on the English. And, of course, Scotland has its fair share of bigots and cranks, most of whom seem to be members of the SNP or the independence-supporting Greens.

But Yessers have long argued that separation would allow the Scots to unleash their inner Scandinavian, to break free of the Union’s Anglo-Saxon constraints and construct a society run along more equitable lines. In the past year, Nicola Sturgeon has begun to test the public’s appetite for such a settlement – she has announced Universal Basic Income pilots in Glasgow, Edinburgh, Fife and North Ayrshire, raised income taxes for the better off, and borrowed the baby box scheme from Finland, which provides new parents with a starter pack worth around £160. This builds on Scotland’s existing “free stuff” culture: no tuition fees, prescription or hospital parking charges, and state-funded care for the elderly.

Brexit gives the First Minister another opportunity to emphasise that which divides us. In the referendum, 62 per cent of Scots backed Remain, inspiring a (failed) attempt by Sturgeon to rekindle momentum for independence. Since then, she has attempted to use her government’s resources and influence to drag Theresa May’s administration back from the hard Brexit cliff edge it seems determined to inhabit. This week, Sturgeon published an assessment of the impact Brexit would have on the Scottish economy, warning of a £12.7bn cost to GDP and a fall in real household incomes of 9.6 per cent, or £2,263 per head. If Britain really must leave the EU, then it should at least stay inside the single market and the customs union, she argued. 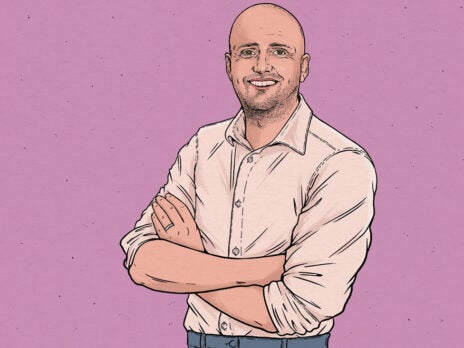 She also insisted she wanted to “change the narrative” on immigration, and persuade people it is in fact vital to the Scottish national interest. This stance has been a key part of the SNP’s reinvention of itself as a left-liberal party and its attempts to head off accusations about the darker side of nationalism. Alex Salmond was given to stating the “Scotland is not full up”. Sturgeon has now put some economic heft behind that stance, warning that without immigration the nation’s recent population growth would go into reverse, leading to fewer working age taxpayers supporting an increasing elderly population.

You can look at it in two ways: either the First Minister is a genuine social democrat and a realist who accepts that if Scotland isn’t leaving the UK she must pursue her values within existing structures; or she is cannily (and metaphorically) rebuilding Hadrian’s wall, driving public policy to the point where the differences with England are so great that separation seems the only logical option. Sturgeon being a politician, it’s probably a bit of both.

Were Sturgeon and her party a typical leader and movement she might currently be afforded greater benefit of the doubt. Brexit is not popular north of the border, and neither is Theresa May or, really, Jeremy Corbyn. That the First Minister is in many ways leading the fight against hard Brexit should therefore be winning her support across the spectrum. But of course the wounds of 2014 remain fresh. Many No voters from the independence referendum, even those who are staunchly anti-Brexit, have not really made their peace with the SNP since that bruising experience. While they like Sturgeon more than her divisive predecessor, they none the less believe the imperative of breaking up the UK informs all of her decisions to a greater or lesser extent. There is a trust gap that is perhaps unbridgeable.

The polls are not currently kind. The National Centre for Social Research reported last week that 63 per cent of Scots want the maintain the same immigration rules as the rest of the UK after Brexit, while 67 per cent feel the same about trade rules. A poll for the Times this week found support for independence sitting at 43 per cent, significantly below the level Sturgeon needs if she is to use Brexit as leverage for separation. The same survey found 54 per cent are against a second indy referendum in the next five years, 51 per cent are against one after the Brexit negotiations but before the UK leaves the EU (with 35 per cent in favour), and 47 per cent against holding one even after Britain has left the EU, compared to 36 per cent for.

The poll also shows that Sturgeon is on course to win the next Holyrood election, but with a substantially reduced number of seats would lead a minority government in a parliament with no majority for independence (the current SNP administration, though minority, can add the Greens to provide a majority).

Victory in 2021 would mean that by the end of that parliament Nationalists had been in power for almost 20 years, an extraordinary achievement by any standards. But Nicola Sturgeon will be leading a nation that, with 2014 by then a fading memory, looks like it will deprive her of her ultimate ambition. Her fate: to be remembered as a talented, combative, regional British politician. In other words, to have won the battle but lost the war.