At the crest of the 2015 nationalist tsunami which pulverised Labour in Scotland was the seat of Glasgow North East, where the SNP candidate Anne McLaughlin achieved a swing so outrageous it broke the BBC’s swing-o-meter. It’s a curious situation then, to be talking to the newly elected Labour MP Paul Sweeney, who has just achieved a hefty swing himself to oust the SNP and take back a seat which is ranked as one of the most deprived in the UK.

While the SNP remains the dominant party in Scotland with 35 seats, more than both Labour and resurgent Tories combined, this is the kind of victory which Labour activists and chiefs would barely let themselves dream of after their Red Wedding-esque cull two years ago.

It was a fantasy thought so out of grasp, that funding and resources directed towards Labour’s effort were minimal compared with more “winnable” seats such as the similarly deprived neighbouring Glasgow East, famous for excruciatingly patronising Iain Duncan Smith visits, where the Labour candidate came within a still very impressive 75 votes of the SNP.

So how did he manage it? “The majority was huge and I think the swing to the SNP last time was the biggest in Scotland so we thought that was a big challenge. We campaigned on a message of positivity to improve the lives of people in the north east. Glasgow is the cradle of the Labour Party and Labour movement and people have always been socialist in outlook. 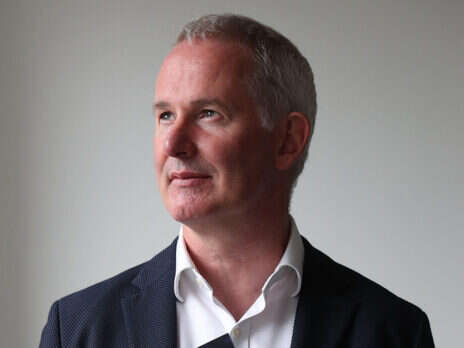 What would Liz Truss as prime minister mean for Scotland?

“There are multiple strands to this. A part is people are opposed to a second referendum but people are also looking for hope. People were looking for that in the SNP and they have been found wanting in not being truly radical.”

He’s certainly a photogenic MP, noticeably featuring quite prominently in celebratory pictures with Scottish Labour Leader Kezia Dugdale. Yet the gleam of the modern, 3D-printed politician is incongruent with a far more traditional story – a shipyard worker, whose words on flying down to London to take his seat were, “Off to pick a fight with the Tories” – the stuff of Glaswegian mythos.

Off to pick a fight with the Tories.

The campaign focused on local credibility, Sweeney making much of his involvement in the restoration of the Victorian era Springburn Winter Gardens, once derelict and standing as a skeletal reminder of glorious past but now mid-resurrection. It’s a shoot of optimism in a constituency with obvious visible signs of deprivation, and chatting to Maureen, a mature student outside Kelvin College, it’s clear there has been historic disappointment in governments of all kinds: “I don’t vote to be totally honest with you. I did vote for independence, but I don’t trust politicians.”

Her younger friend Laura is more positive, and talks quickly about how she voted Labour, even though she wants independence because “Jeremy Corbyn really stands for something. Just because he doesn’t want to incinerate the world!”.

This is an almost perfect representation of how the election seems to have played out here, the SNP remaining strong with people in their 30s and over, while the Corbyn bounce has captured the 18-24s. It seems the optimism of that 2014 Yes movement has been co-opted by Corbyn’s radicalism in what is ranked as the most left-wing constituency in the UK.

A bit further east in bright Dennistoun, it seems that radicalism isn’t all that the youth share with elsewhere in the UK; there is an almost Shoreditch-like quantity of beards and quirky, tasty-looking cafes where before there were greasy spoons (not that there is anything wrong with a potato scone or a hash brown, quite the opposite!).

It’s too easy to reel off the oh-so-original factlets that journalists like to use about the east and north of Glasgow, “its got a lower life expectancy than the Gaza Strip” being a personal bête noir. In reality this constituency contains within it the gentrifying Dennistoun, suburban Robroyston with its rather nice new estates, and even relatively deprived Springburn showing a new optimism with its restored gardens.

Over a rather tasty artisan bread cheese roll (they were out of avocado on toast or affordable housing) local Robert says something out loud once unthinkable in this city: “I’m a Tory”. And this seems testament to the detoxification of the brand in Scotland by Ruth Davidson, who has won a stunning breakthrough, but has done so by running as far away as possible from May’s calamitous manifesto – repudiating the potential fox hunting legalisation, winning exemptions for Scots on the Winter Fuel Allowance cut and not-so-codedly calling for an “open Brexit”.

So why didn’t the Tories bounce here like they did in other constituencies across Scotland? “What I hate more than anything is independence and if that means voting for whoever will stop us going through that rigmarole again I’ll do it, but the Tories have no chance here,” Robert replies.

Glasgow North East, as the name hints, is not one place. It is north and it is east, but it is also the industrial past and the artisan-roll future. The new MP seems to reflect those divergent paths, and if he’s off to pick a fight with the Tories, well that’s a well-trodden path for Glasgow MPs, but he’ll need to be more successful than his forebears. Winter Gardens are hopeful, cheese rolls are tasty, but it’ll take more than that to cast off the old problems and the tired poverty clichés.