The first time Stephen Travers put his hands on a bass guitar he was fifteen years old. It felt like he had just plugged his body into an electrical socket. The connection was both instant and enduring; it would propel him into the spotlight on stages across Ireland, but also make him an innocent target.

At 24 years old, Travers joined the Miami Showband. Wild screams and frenzied audiences greeted the bell-bottomed, wide-collared cabaret bands at the time, and his was one of the most famous. In 1975, their music was freeing for young people living under strict conservatism on one side of the border and armed conflict on the other. Six weeks after Travers joined; half of the band was murdered.

On Friday ReMastered: The Miami Showband Massacre will screen on Netflix, shedding light on Travers’ story. The documentary is one in a series investigating the manipulation, targeting and murder of famous musicians; the assassination of Bob Marley, the unsolved murder of Run-DMC’s Jam Master Jay and Johnny Cash’s controversial performance at the Nixon White House are among those featured.

“We were one of the main threats to anyone who wanted to foster sectarianism,” Travers tells me. The Showband were “mixed”, encompassing three members from the North, two of them Protestant. All they cared about was music – a shared enthusiasm that immunised them to the political divisions tearing apart the island. They breezed through border checks, and were often asked for autographs by soldiers. 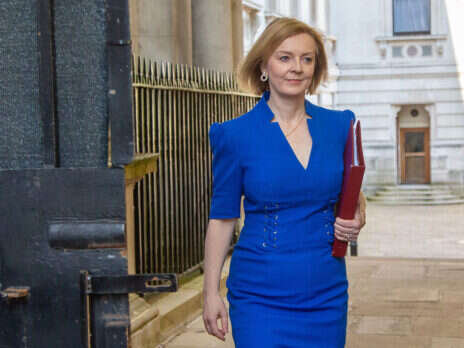 In the early hours of 31 July 1975, five members of the Miami Showband were headed back across the border after a show in the Castle Ballroom in Banbridge when their mini-bus was flagged down by torches at what appeared to be a military checkpoint.

Men in uniforms of the Ulster Defence Regiment (UDR) ordered the band to get out and line up. A man with a British accent appeared to be in charge. Trumpeter Brian McCoy reassured everyone: “this is the British army.” “Uniform, to me, meant law and order,” Travers says. “They were there to protect us.”

Moments later the Showband’s bus was a twisted and fiery wreck. Two British soldiers had placed a timed bomb on the minibus that then exploded. Travers believes they intended it to explode after the bus crossed the border, killing the Showband in order to frame them as IRA members and pressure the Irish government into sealing the border.

McCoy was executed alongside frontman Fran O’Toole and guitarist Tony Geraghty, at least one heard pleading for his life. Travers was shot and nearly died. The sax player Des Lee, born Des McAlea, was blown clear and ran for help. Two serving soldiers with the British Army and one former soldier, all belonging to the UVF, were sentenced to life in prison. They were released in 1998 as part of an amnesty.

A later meeting with a UVF representative inspired Travers’ commitment to reconciliation. He helped found the Truth and Reconciliation Platform (TaRP), which brings together survivors of loyalist and republican attacks to confront the seeds of violence that still germinate in communities where kneecappings and death threats are commonplace.

Travers’ father served with the British Army during the Second World War. He grew up respecting soldiers, which made evidence of British collusion in the Showband massacre even more devastating. But he believes some British soldiers have since risked everything to blow the whistle.

Fred Holroyd and Colin Wallace, two former British intelligence officers who appear in the Netflix documentary, both raised suspicions of collusion with the British government. Holroyd was later placed in a psychiatric institute and Wallace was framed for murder (Colin Wallace has since clarified that he was convicted of manslaughter, which was later overturned by the court of appeal in 1996).

Fingerprints later found on a silencer would link UVF brigadier and former British soldier Robin “the Jackal” Jackson to the Showband massacre, but charges against him were subsequently dropped. In 1975, Colin Wallace reported to a senior officer that Jackson was involved in the Dublin and Monaghan bombings; Jackson was later allegedly protected from prosecution by special branch.

Above all, Travers wants answers from the British state. In 2017, Belfast’s High Court ordered police and the Ministry of Defence to release more than 80 types of document relating to the Miami Showband murders. Yet the MoD later indicated that a large number of the documents relating to the UDR members involved in the Showband attack were destroyed in 2005 – but provided no explanation for why, or how, this happened.

Travers finds solace in the potential that their story might now “reach the entire world” thanks to the Netflix documentary. He hopes the film will bring awareness of how “scare tactics against minorities” and politicians peddling false information can incite violence.

With the Brexit deadline one week away and the question of the Irish Border no closer to a resolution, Travers condemned Jacob Rees-Mogg’s suggestion of a return to checks akin to those used during the Troubles.

“The worst type of ignorance is wilful ignorance,” he says.