From Lancashire to Somerset, local journalists on petrol station forecourts have faced shocking abuse this week from motorists who choose to blame the media for the current fuel crisis.

That vitriol is a triumph for a Downing Street PR campaign that aims to shift attention from the government’s mishandling of supply chains by exploiting the worrying tendency of sections of the public to hold news outlets accountable for all of society’s ills.

Boris Johnson cynically fed that narrative in a Sky News interview broadcast on 29 September. “I think that what happened with the petrol pump business is that unfortunately there was a slightly misleading account of something which got leaked and caused a totally understandable surge in demand,” he said, deliberately excusing the motoring public for panic-buying.

The aggressive campaign to undermine journalism and brand the crisis as an agenda-driven scare story began when unnamed ministers briefed the Mail on Sunday in orderto discredit an exclusive report by ITV News that BP was experiencing petrol supply problems. “HGV boss accused over leak behind fuel panic”, the paper reported on its front page. “Ministers point finger at ex-BBC man who is a diehard Remainer.” 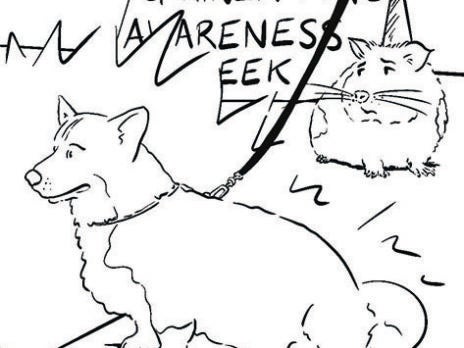 [see also: Why Keir Starmer must have the courage to take on the hard Brexiteers]

Transport Secretary Grant Shapps went on the BBC’s Andrew Marr Show and accused the Road Haulage Association (RHA) of “irresponsible briefing”. Rod McKenzie, managing director of policy for the RHA and former head of BBC Radio 1’s Newsbeat, denied leaking information from a Cabinet Office video call attended by many industry bodies and large companies. He did not attend the meeting and a later report in the Telegraph identified his colleague, Duncan Buchanan, as being on the call. The RHA collectively rebutted claims it was the source of the leak.

Government spinners will hope that their brutal scapegoating of suspected whistleblowers will intimidate anyone tempted to disclose details to the media from the many government-run supply chain meetings in the months ahead.

Joel Hills, business and economics editor at ITV News, has been reporting on these discussions for months. He disclosed details of a Defra-hosted meeting in June when representatives of 60 food industry companies warned of summer shortages on shelves because of an acute shortage of HGV drivers. He reported fears from the National Pig Association that a cull of healthy pigs might have to take place because of a lack of CO2.

On Thursday 23 September, Hills produced the first of two reports from a Cabinet Office supply chain meeting on 16 September. First, he revealed that Tesco had informed the government that it had a shortage of 800 lorry drivers. The following day he covered the petrol angle, reporting that BP’s head of UK retail, Hanna Hofer, warned the government that BP had “two thirds of normal forecourt stock levels required for smooth operations” and the level was “declining rapidly”. She said BP was preparing to restrict deliveries “very soon” and that the situation was “bad, very bad”.

[see also: Is Labour missing a trick on the fuel crisis?]

The exclusive was published on the ITV website at lunchtime. Hills shared it on Twitter at 1.33pm with a tweet that avoided sensationalism: “BP is being forced to close some of its forecourts due to delivery problems. There’s plenty of petrol + diesel but BP has told the government that transportation to the 1,200 sites it supplies is being hampered by a lack of HGV drivers.”

This was excellent reporting. It should not be censored and certainly not traduced.

ITV issued a press release to news outlets. BP produced a statement confirming it was “experiencing some fuel supply issues” and had “seen a handful of sites temporarily close due to a lack of both unleaded and diesel grades”. By afternoon, Reuters and the BBC were running stories.

Hills went on air that evening, reporting from a petrol station in Kent that was experiencing shortages. While he was filming, motorists arrived carrying jerry cans to fill up. His report referenced supply problems in Coventry, Worcester and Chippenham but refrained from using footage from the 2012 fuel crisis.

Broadsheets and tabloids alike judged this a good story. “We’re running on empty,” said the Sun on the Friday morning, over a picture of a pump nozzle. “Warning of fuel shortages amid supply chain crisis,” said the Guardian. The story “swept like wildfire through the bush and I just did not expect it”, says Hills. “In terms of a story we have reported that has had a resonance, I have never had anything like this.”

[see also: How Brexit and Covid-19 caused the number of HGV drivers in the UK to plummet]

The frenzied public reaction shows the continued power of the press to influence public behaviour, but more importantly a lack of confidence in the supply chain among consumers.

Edmund King, president of the AA, is a communications veteran of several petrol crises, including the threatened tanker driver threat of 2012 and the heavy snows of 2010. He says that sometimes an individual or an organisation might have a hidden motive for “spooking the motoring public” by leaking inside information, but that the media itself is not to blame for reporting it. “The media deals in clear messages. That’s their job. And shooting the messenger, particularly if it is another messenger doing it, is awkward.”

As panic-buying has led to ugly scenes on forecourts and fears of disruption to essential services, the government has blamed the news for its own failings. “The problem isn’t journalists, it’s that the public no longer trusts what the government says,” argues Paul Lashmar, reader in journalism at City University, London. “On this occasion the piece was measured, it was reporting a set of facts that the public needed to know.”

Ian Burrell is a media commentator and a former assistant editor of the Independent.