It says something about how last week’s election will change our politics that, today, the Commons passed the Withdrawal Agreement Bill – and in the hours leading up to it, nobody seemed to be paying that much attention.

That’s not because it isn’t important – it is. It means that Britain will now, finally, leave the EU on 31 January 2020. It means we are finally about to lose our European citizenship. It means the Remain cause is finally, officially lost.

But the truth is that, after months in which every vote was on a knife edge and any parliamentary debate felt like it could lead to the fall of a government, there was no tension in this one. We all knew it would pass – which it did, by a majority of 124, substantially more than the government’s own 80 seat majority.

And so, everyone ignored it. Instead they talked about the new Bank of England governor (Andrew Bailey, formerly of the financial Conduct Authority) at one end of the internet, or the new host of Love Island (Laura Whitmore, who replaces Caroline Flack, who has been charged with assault) at the other. 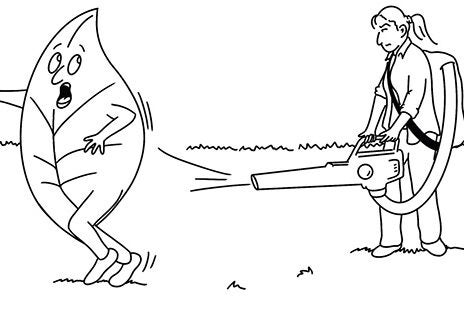 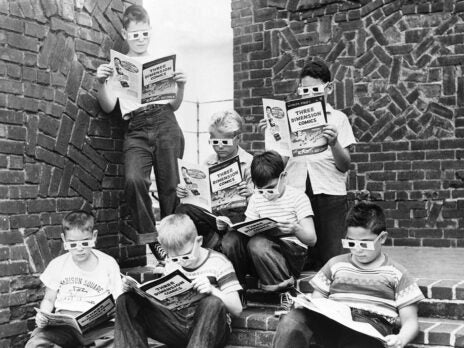 The other thing is – we are all very, very tired. After this year, with that election at its end, a lot of people are winding up early for Christmas. And so, the bubble is deflating, the discourse is dead. Even the NS office is half-empty, and two colleagues who shall remain nameless spent the entire morning giggling helplessly, before one of them asked for my help in opening a tube of Berocca.

So, that’s where we are. At the start of the year, anything could happen, and everything was desperately exciting. Now, we know what’s going to happen, and it isn’t. And the only comfort to be found is that we all, at last, might finally get some sleep.

The NS, at least, has had a good year – so here’s a sort of selection box of some of the things the politics and web teams are most proud of this year.

The godfather of Brexit: When Patrick met Robert Kilroy-Silk;

“It always comes back to your childhood”: When Ailbhe met Emily Thornberry;

“These places honour the history of the migrant spirit”: Anoosh on finding her family at Ellis Island;

“Everyone in the media is chasing eyeballs, but not all of us are prepared to use bigotry to get them”: Jasper on the Spectator’s continuing employment of Rod Liddle;

“Dutch teen Noa Pothoven wasn’t euthanised. So why did the media say she was?” Sarah on one of the year’s creepier stories;

“Why I long to be vaccinated”: Hettie’s brilliant personal essay on the selfishness of anti-vaxxers;

“Millennial buys own home by cutting out luxuries and being the Duchess of Southwark”: my howl of rage about the frankly ludicrous way our media reports on first time buyers.

Thinking about Christmas because bloody hell there are only five days left and you’re not even close to ready are you? I bet you’re not.

Anyway: the NS published today one of my favourite pieces by one of my favourite NS writers, Eleanor Margolis. “It wasn’t until my teens,” she writes, “that I realised chopped liver is not a traditional Christmas dish… I’m not sure it had occurred to me that a day devoted to binge eating and arguments was anything other than extremely Jewish.” It’s a lovely piece, which you can read here.

Labour’s prospects in Scotland. Which is a problem as, without Scotland, it’s not easy to see how the party gets a majority in Westminster again.

Chris Deerin has written a great, if depressing, bit on Labour’s problem in finding a strategy. “The party cannot hope to be more nationalist than the SNP, or more unionist than the Conservatives, so it must find a distinct platform and language.” You can read it here.

“Seedy lists of party apparatchiks appointed by power hungry party leaders & insulated from any democratic pressure for 15 yrs? No thanks.”

Zac Goldsmith, tweeting about Lords reform in 2012. Goldsmith, who the voters of Richmond Park rejected for a second time last Thursday, has just been given a life peerage so that he can continue as environment minister in this Tory government, and thus will be insulated from democratic pressure from the rest of his life. Makes you proud to be British.

(Note: The original version of this wrongly said Goldsmith had been tweeting about the EU. My bad.)

Chris Cook’s deliciously damning retrospective of the legacy of David Cameron for Tortoise. “A soft-headed man,” he calls him. Elsewhere he notes: “In this, as elsewhere, he comes across as a dupe.”

Perhaps the most beautiful quote, though, is the one on the 18 pages of Cameron’s memoir concerned iwth the intervention in Libya. “Everything is going fine and enjoys Cameron’s firm leadership until the 16th page, when suddenly the verbs run passive as Libya descends into chaos over two pages. And then onto the next thing.” Ouch. You can read it all here.

A question posed by Sarah on Twitter: how much the editors of Vogue are paid. That’s because the day’s other big viral article is the absolutely baffling round up of where the magazine’s editors are spending Christmas, and how they will be dressed while there. The Cayman Islands! The French Alps! A seven day detox programme! The Sussex village of Rye, which has apparently been dubbed – I’m going out on a limb here and guessing, by the person who wrote the sentence claiming this fact – “London’s long-island”!!

I don’t wish to spoil the mystique but: these are not the sort of places the NS editors will be spending Christmas. I asked one yesterday and she said, “Acton”. I, by contrast, will be in my flat, at the other end of the Central Line, without a ski pole in sight.

If you want to send me a present, what I’d really like is for all of you to get, say, a dozen of your closest friends to sign up to receive the email too. Although my debut on the New Statesman’s TikTok channel suggests some other ideas.

This will be the last Evening Call of the year – I’ll be back in January, presumably grumpy because of whatever stupid diet I have decided to attempt for a fortnight before giving up and ordering a curry. Thank you for reading – I hope you have a lovely Christmas and a very happy new year.