National crises demand political unity. That helps explain why the tone in the House of Commons has been sombre and steadfast since Vladimir Putin’s brutal invasion of Ukraine. Gone were the explosive recriminations over Downing Street parties, and in came grave calls for solidarity with Ukraine.

For the opposition, the pivot from skewering a Prime Minister under police investigation to supporting the government’s response to a military crisis has been difficult. This was clear from an interview that Keir Starmer gave to the BBC this morning (6 March), in which the Labour leader equivocated over whether he stood by his previous calls for Johnson to resign immediately.

When asked whether he still thought Johnson should go, Starmer acknowledged that there was still an “issue of trust” for the Prime Minister but said that it was important “in our politics that we show the world that we’re united”, adding that “on this issue there is unity”. But shortly after the interview, a Labour spokesperson insisted: “our position is unchanged, we haven’t withdrawn our call for Boris Johnson to resign”.

Labour (and some rebellious Conservative backbenchers) seem to have paused their criticism of the Prime Minister until the police investigation finishes and Sue Gray is finally able to publish her full report into Downing Street’s alleged lockdown gatherings. It is focused on Ukraine for the moment but will restart its call for Johnson’s resignation if he is issued with a fine for breaching lockdown rules. But there is a problem for Labour and Johnson’s Tory opponents: what if the Ukraine crisis is even worse by then?

What we learned from the Labour Party conference 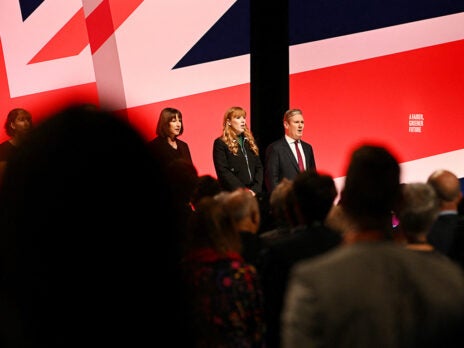