In 1 January 2014, I went to the local cinema to see The Hunger Games: Catching Fire and convinced the woman at the Ben & Jerry’s ice cream stand to pour hot fudge sauce directly on top of my popcorn. This isn’t something I’d normally be able to remember – let alone put an exact date to – were it not for my diary, a 253-page Microsoft Word document that I have maintained for six-and-a-half years.

I promise my diary isn’t always that banal. It began on 7 July 2013 as a way to record what happened to me every day. I didn’t want to pour my heart out on the pages, I simply wanted a place where I could record my memories, but within a few months my stoicism fell apart and I started divulging my feelings as well.

The early days of my diary are some of the most difficult times of my life – I was unemployed, suffering with depression, and in a messy relationship. One-line entries quickly made way for paragraphs of emotional diatribes denouncing boys, plus a few copied and pasted break-up texts. Still, though my experiences were undoubtedly painful at the time (26 December 2013: “He text me Merry Christmas and it made me want to cry”) they make for pretty funny reading now.

I prefer keeping a digitised diary. While paper pages may seem ultimately more romantic, a (password-protected) Word doc lends itself to easy rereading. My favourite thing to do before I write a new diary entry is use the keyboard command Ctrl + F (a shortcut for finding a particular word in a document) to search for the day’s date in previous years. It’s amazing to be able to look back at what I was doing on this day two, three, four, five, six years ago (even if it was watching mediocre teen fantasy movies while eating makeshift fudge popcorn). 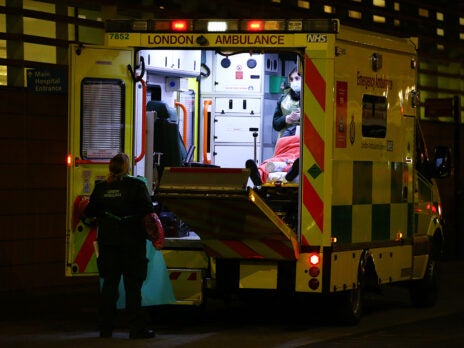 Being able to see how I felt, or what I did, a few years ago also helps me to keep my life now in perspective. “All things pass,” is a trite piece of advice I often find myself giving to pals, but keeping a diary helps me truly believe it. It’s a wondrous, laugh-out-loud thing to be able to see how something that was once Oh So Important is now Not Remotely Important At All (12 January 2017: “I was gutted. I thought I was going to cry straight away and I just had to look down at the nachos for ages.”)

As someone who berates myself a lot, and finds it difficult to reflect on my own progress, it’s also therapeutic to watch my professional development over the years. I can look back at how I used to sob over rejected pitches or have panic attacks over meetings and realise how far I’ve come.

But the best thing about keeping a diary in a Word doc is I can quantify every thought and feeling I’ve ever had. According to the Ctrl + F feature, I felt “sad” 325 times in the 2,354 days between 6 July 2013 and 16 December 2019. That’s not a bad rate – that’s once-a-week blues (or once every 7.24 days to be precise). As many might expect, happiness is rarer (there are 167 mentions of “happy”, making it a once a fortnight occurrence).

Of course, as a writer and lover of thesaurus.com, reality is a little more complicated than the picture those words paint. “Anxiety”, “depression”, and “panic” are mentioned a combined total of 204 times, and it can be heartbreaking to recall panic attacks in pub toilets or being unable to breathe as a deadline loomed. But how strangely beautiful it is to see my mental health progress in plain black lettering on a white screen: I can flip through every mention of “anxiety” in my diary and realise they petered out around the end of 2018 (amazingly, between September 2018 and September 2019 I didn’t type the word once).

Do we write diaries in the hope they’ll one day be read? Mine certainly contains lines that are so facetious (“not much else has happened except there are actual Nazis in America now”) and dramatic (“even though he tried to try to rape me and everything, talking to him was the nicest anyone has ever been to me in a long, long time”) that I’m sure I wrote them for effect.

There are also times I haven’t recorded thoughts and feelings and arguments on the off-chance someone might read them one day, or because they’re so painful (and I was – on the very rare occasion – so wrong) that I don’t want them making up the picture of my life.

As time goes on, I’ve got worse and worse at filling in my diary, and often write a bulk load of entries weeks after the events in question. I’m trying to get better at it because seeing gaps when I search for a date is ultimately disappointing, and I can’t help but wonder what I was doing (and feeling) on those mysterious days.

“The thought of my future makes me want to be sick and tear at my skin,” I wrote on 13 December 2013, just over six years ago. I want to hug that little idiot who hated herself, and I want to cry at her prophetic assertion that, “I only tell you the levels of my pathetic-ness because I imagine they will be somewhat hilarious in the future.”

How wonderful it is to see I made it through, and that one day I’ll be able to look back on today as well. And it’s just plain fun. Chips: they’re mentioned 77 times. Exercise: nine. I’ve been frustrated 40 times in the last six years. “Hate” gets a whopping 172 mentions, but don’t worry: love wins at 608.