The Department for Work and Pensions really like to prioritise one part of their name above the other. Mentioning pensions might draw attention to the fact that the grossly inflated social security bill they like to whine about is largely drawn up of well-earned pensions. The department bit brings to mind an office and with an office, organisation, and let me make it abundantly clear, that is not their strong suit.

No, the Department for Work and Pensions should strongly consider renaming themselves the Work for Work and Work because, if you’re still not with me, they really, really like work.

Time and again, the DWP – which we’ll stick with, as WWW has already been taken as an acronym – has posited work as not only a solution to the state of unemployment, but to all of society’s ills, both metaphorical and literal. Iain Duncan Smith wants sick and disabled people like me to work ourselves better. It’s an unusual approach to modern medicine, but if you can get homeopathy on the NHS, why not P60s too?

It troubles me that I’m about to launch into a paragraph I’ve launched into many a time before, which is this: I am not unable to work through lack of trying. This Conservative government have made my inability to hold down a job the major symptom of my illness, if not the root cause. Thus, every time I try and discuss my health, it is the context of my continuing unemployment. Being sick is bad enough, but I must also bear the burden of being sick and a drain on all you hardworking families. I cannot write about my health without emphasising how much I’d rather be working. I wouldn’t rather be working. I’d rather be well. 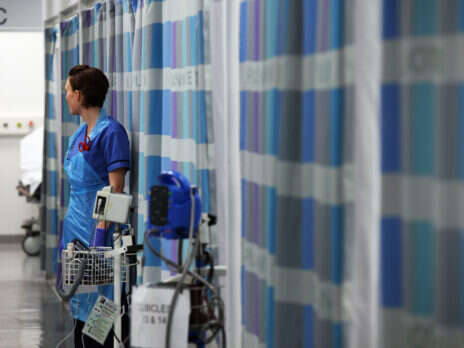 NHS workforce shortages may be even worse than official data suggests

However, writing about my health has, for me, turned into work. It’s a privilege and no small pleasure to be able to do so. And so, you would think that the DWP would be overcome with delight that I am following their advice, that I am working my way out of chronic illness.

Instead they have turned my life into a hellscape of bureaucracy and forms that have become so dishearteningly complicated that any kind of work is fast becoming not worth the bother.

If you receive Employment Support Allowance, like me, you are allowed to do ‘Permitted Work’ for a maximum of sixteen hours a week. There is also a financial limit, but since the form I received had a gap where this was amount was meant to have been filled in, who is to say what that is. If undertaking this Permitted Work, you tell the DWP what you do, how often and for how much money. For some people, I’m sure this works just fine, but for the many people like me, whose conditions and thus capacity for work fluctuate, they might as well be asking me to submit how many spiders I intend to eat this quarter for all the relevance it has to my life.

This all stems from the DWP’s fantasy world where one simply cannot move for flexible, part-time jobs with employers who are happy to make every accommodation to your additional needs. I need a job which doesn’t require any brain power and that I can sack off at a moment’s notice. Also I need to be able to do it from bed. (You may make your own jokes out of that.)

Sometimes I can work up to five whole hours in a week. Sometimes I can spend up to five whole days under a duvet, eating ready meals and ibuprofen. The DWP can’t accept the realities of illness, that a return to work, if possible at all, won’t look like their narrow view of what employment is. I have repeatedly explained the small amount of work I do on forms, in JobCentre interviews, in health assessments, but they simply can’t cope with what doesn’t fit into their box marked ‘Employment’.

If the DWP are really serious about enabling disabled people to work, they need to show the same flexibility that our would-be employers would be expected to. My illness greatly limits my energy and I shouldn’t be asked to expend it all on staring at forms and worrying about how to fill them. If I can’t use that energy to get better, how will I ever get back to their view of work?