Two weeks ago, we reported on the case of Kathleen Stock, an academic at the University of Sussex for 18 years until her departure last week (28 October) as a professor of philosophy. Stock left her post feeling that she had been forced out of her job after a years-long campaign to intimidate her and denigrate her work; a campaign that has been led as much by a handful of academics at Sussex as by disaffected students. She discussed the campaign against her in depth on Radio 4’s Woman’s Hour yesterday.

When we spoke three weeks ago, it was clear that Stock felt unable to continue in her role at Sussex, where she taught popular courses on ethics and feminist philosophy. “I just can’t do it anymore,” she told me then. “The tension is extreme.” She thought that she was letting down students on her course – “that is the major regret I have” – but she also felt she couldn’t stay at Sussex after the campaign against her restarted this term, following a year of remote learning. “The dam has broken,” she told me.

“Maybe a better person than me would have dealt with it,” she said, but Stock believed it was increasingly impossible to reason with her critics, describing them to me as like “a many-headed hydra: you deal with one and another just springs up”. (One group of opponents greeted her departure with a post proclaiming: “Ding dong the witch is dead.”)

The major problem that Stock faced at Sussex was a lack of institutional support, from colleagues who were privately supportive but publicly silent, and from senior managers who failed to defend her academic freedom internally or externally for many years (the campaign against Stock began in May 2018, after she published a post outlining her concerns over the campaign to introduce “self-ID” for trans people). 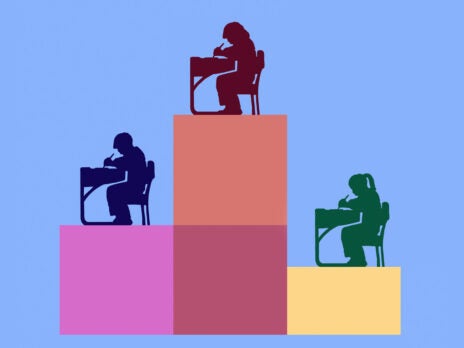 Why we need to scrap GCSEs

The University of Sussex arguably only defended Stock’s academic freedom in recent weeks after the glare of national media attention forced its hand.

Stock described to me a years-long atmosphere in which colleagues would send her supportive emails but never do anything practical to assist, such as raising support for her at departmental meetings. Many academics recognised what was happening to Stock, including a pair of (now former) colleagues of Stock whom I spoke with. Both described the campaign against her as a form of bullying. But they and others felt powerless to act.

Some of Stock’s colleagues perhaps have more to answer for than others. As I reported a fortnight ago, three of Stock’s four fellow professors of philosophy at Sussex told me that they supported her academic freedom, but would not say so publicly. They all told me they would regret her departure, but they have long missed the chance to defend Stock’s right to work without fear of harassment.

For Stock, the absence of discussion is the root of the problem. As she put it to me, “the young don’t understand this issue because their elders are not telling them about it”. (Some students would reject that characterisation.)

It is unclear what Stock will do now, although she told Woman’s Hour that she plans to write a second book on aspects of feminism (her first, Material Girls, recently sold out after breaking into the UK top 100 on Amazon).

Stock has endured a prolonged campaign against her. But hers is not a unique case. Other so-called “gender-critical” academics across British universities have also faced fierce opposition for their views.

Since 2018 Stock has been calling for greater debate of this subject. “Ideals of inclusivity and kindness,” she told me, “are so under-theorised and nebulous that they just end up being used as a way of shutting down discussion.” What is needed, she argues, is productive discussion: these issues are complex and deserve scrutiny. But productive debate of any kind proved impossible at Sussex – when Stock sought it, the university failed to ensure it happened.

[see also: The battle for Stonewall: the LGBT charity and the UK’s gender wars]

@harrytlambert
Harry Lambert is senior correspondent, politics, at the New Statesman. He has written cover features on universities, No 10, the BBC and Labour. He writes Morning Call on Fridays and tweets @harrytlambert.