The first (and I’m not prepared to say last) time I stood in an election, I was 17. The race for head girl at my state school was hard-fought, with candidates promising unachievable things all over the place: Friday afternoons off! Chips every day in the canteen! Bring back the vending machines! No more PE! In the end, I lost out by a narrow margin to a close friend, and we went on to form a dream-team ticket to rival Obama and Biden.

Of course, our newfound power turned out to be fairly limited: we were mostly wheeled out to toe the party line at open evenings and to represent the school at community policing meetings. To our constituents’ disappointment, the vending machines remained in exile. But the result of the election wasn’t really the point. The point was that some 20 teenagers wrote manifestos, ran campaigns and gave speeches in front of 1,500 of their fellow students, and that each of those fellow students cast their vote.

This micro-democracy was the creation of our head of history and politics, Mr Chick. Neither overly strict nor overly matey, he was one of those rare teachers who are universally respected and adored. To complement our yearly school official elections, he chose, from the GCSE curriculum, the Suffragettes – what better way to teach the students at a girls’ school the weight of their vote? On those lazy days towards the end of term, we’d play a politicians-only version of the Post-It note game. I still have the bright yellow sticker scrawled with “Vince Cable” that Mr Chick stuck to my forehead. (He was a staunch Liberal Democrat; this was before the coalition.) Once, for a class on British culture since 1945, when the CD of songs he wanted to play us wouldn’t work, he sang them to us instead.

I was lucky enough to be taught by Mr Chick for four years, and I left his tutelage with the firm conviction that I had a voice, that my vote was powerful, and that I must use both whatever the cost. But a decade later, having voted in four general elections and one referendum, and been disappointed each time, I find myself struggling to believe that. Walking home from the New Statesman election party on 12 December, I noticed a neighbour had placed their Christmas tree, stripped of all but a few stray decorations, out in the street for the rubbish collectors. It seemed a fittingly despondent image: what do we have to celebrate any more?

After nine years of Conservative government, 14.3 million people live in poverty in the UK, 34 per cent of whom are children. The Trussell Trust gave out 19 per cent more food packages in 2018-19 than the previous year, and 500,000 children still go to school hungry. The number of people rough-sleeping in England has more than doubled since 2010. NHS England reports a record high of 43,000 nurse vacancies. All the while, the richest 1,000 families in the UK have more than doubled their wealth since 2009.

The Conservatives’ reward for all this is resounding electoral victory. Despite the many complications of Brexit, anti-Semitism and Jeremy Corbyn, the Labour Party ran with a manifesto that I believe offered answers to many of the UK’s worst inequalities. Instead, the British public has granted the Tories their largest majority since Margaret Thatcher to Boris Johnson, a charlatan who hid in a fridge to avoid a TV interview and pocketed a reporter’s phone so he didn’t have to face a photo of a sick boy lying on a hospital floor.

It is easier to be a pessimist than an optimist, to say “I told you so” rather than “I hope so”. The pessimist is either right, even when the result is undesirable to them, or pleasantly surprised. As a naturally cautious person, I tend to lean towards the safety of pessimism. But then the gap in the polls narrowed, and people started using phrases like “within the margin of error” and “youthquake”, and Johnson’s seat in Uxbridge looked a little shaky, and my Twitter bubble turned red on polling day – and so I began to hope. This historic loss hurts all the more because of it.

But I can’t spend the entirety of this government as I began it: crying into my Marmite toast. The reality is that five years of Tory rule won’t be as dark for me as it currently feels, but for others who are less privileged – those without homes and employment and families and health – it will be far, far worse. The things that mattered in this election campaign matter even more desperately now. And so we have, somehow, to hope again. 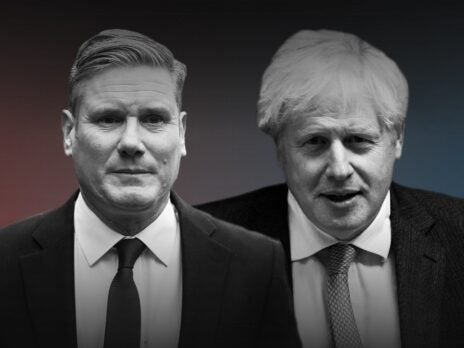 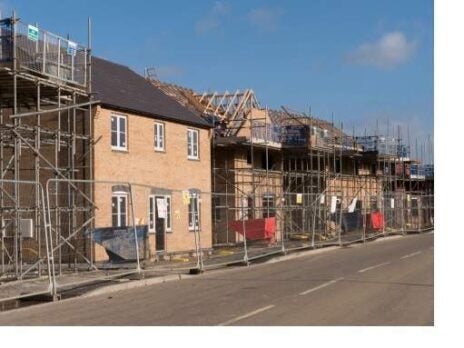 Regeneration, revenue and rethinking: the future of housing

I hope that, when Brexit is “done”, millions of voters will realise that the status quo they wanted to disrupt by voting Leave remains unchanged. Perhaps then we will see an election result that overturns the usual narrative of the victory of the powerful over the powerless. I look to the fact that 16 years elapsed between the 1929 Wall Street Crash and Attlee’s Labour landslide in 1945, and hope that when our next election comes around in 2024, 16 years after the 2008 financial crash, we, too, will see landmark change.

Most of all, I hope that the hyper-individualism of neoliberalism gives way to collective compassion. As a friend of mine wrote on Facebook on polling day: “Vote like you rely on the NHS and have too many complex health conditions to be covered by insurance in a private health-care system. Vote like you are the schoolchild whose free school meal will be their only proper meal that day. Vote like you are homeless and will be for Christmas. Vote like you work full time and are taxed at a higher rate than a multibillion-pound corporation. Vote like someone else’s life depends on it.”

Maybe that hope is idealistic and sentimental and naive, but I cling to it still, because what else is there?

@pippa_bailey
Pippa Bailey is chief sub-editor at the New Statesman.