Roman Road, or “the Roman” as it is known to locals, is an artery of history that runs through the heart of east London. It follows the route of the original road built by the Romans, which ran from London all the way to Colchester.

A hotbed of radical activity through the ages – from Victorian socialists holding political gatherings in its impressive number of pubs to clashes between police officers and suffragettes – its traditional market, which dates from the 1840s, still thrives today.

Since 2014, Roman Road has provided a different kind of haven for residents of the east London borough of Tower Hamlets. For seven years, a mental health charity called Rethink has run a small service there giving respite to people who look after loved ones with mental illnesses.

In the past two years alone, over 360 unpaid carers have used the service – based in an impersonal municipal building called Albert Jacob House – for one-on-one support, group sessions and social activities to bond with others in the same position. 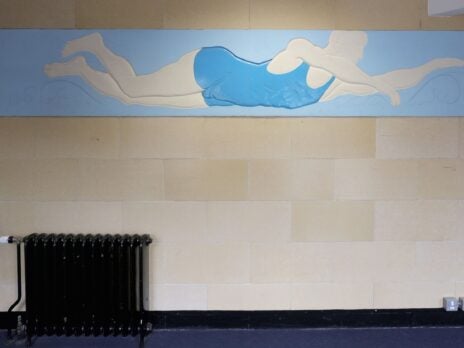 What happens when you lose a public swimming pool? 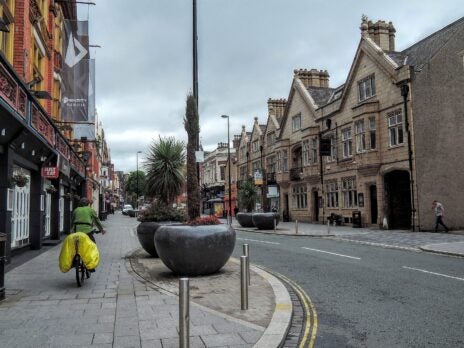 “These are the favourite days of my life”

From singing therapy, mindfulness, and cookery classes to a coach trip to Bruges, Rethink provides a place of companionship and fun for those whose lives are profoundly affected by mental illness.

One carer, who prefers not to be named, has been looking after her husband for 20 years as well as the rest of their family. She attends once a week and calls her visits “the favourite days of my life”.

“Every week, I go and see my other carer friends and we talk about problems and how to solve them,” she says. “It helped me think about myself for once, and not others.”

Yet these visits are about to end. Tower Hamlets Council has decided not to renew the contract for the service in its next budget, meaning it will close on 31 March this year.

Four members of staff face redundancy, and hundreds of people in difficult domestic circumstances will lose their sanctuary.

The contract is worth £150,000 – money the council is looking to save. A spokesperson for Tower Hamlets Council says it is working with Rethink to “identify the individual needs of each resident that currently uses this service to assess their needs, create personalised plans and identify alternative support”, claiming “every carer who needs and wants support will be able to access it from other services”.

They add: “We have a range of mental health support and services for carers in Tower Hamlets, which is the main reason we have made the difficult decision not to renew the contract with Rethink… We would like to thank Rethink for their work and dedication over the years. This decision is in no way a reflection on the quality of the service they have provided.”

Despite the council’s assurances that other support is available, for those affected, it is a devastating decision.

The spread of Covid-19 and ensuing lockdown measures have caused a “mental health pandemic” in the UK, as described by the charity Mind. The number of people suffering depression has doubled during the crisis, according to data from the Office for National Statistics (ONS).

Roger Evans, 68, a resident of Tower Hamlets since 1981, has been relying on one-on-one sessions with a Rethink support worker during the past three months. He cares for his civil partner, who is autistic, suffers from obsessive compulsive disorder (OCD) and depression, and has been hospitalised with psychosis in the past.

Evans helps his partner with “most practical elements of his life”, including getting out of bed and washing. Nevertheless, his partner was doing well before lockdown, volunteering at a local Oxfam shop and attending an English language course at the City Lit adult education centre in central London.

All that has stopped or moved online.

“It’s been quite tough for both of us living in a one-bedroom flat – I’m basically his full-time carer, he needs a lot of help and support day-by-day,” says Evans.

“He’s found the lockdown particularly tough mentally, it’s been a big strain on him. That’s led, of course, to be a big strain on our relationship, where I’ve been running on empty in recent months.”

Hour-long weekly phone calls with Rethink have made “such a difference” to Evans’ well-being. “I can have a bit of a moan and a groan privately, and feel as though I could say anything,” he says. “I’m so much more connected and focused, I’m being nicer to him, I’m not short-tempered and snapping when I’ve just been exhausted and worn out.”

Mareike Menzel, 48, a landscape architect and resident of Tower Hamlets for 15 years, has been caring for someone close to her (whom she prefers not to identify) with depression and anxiety for a decade. A year ago, “it was getting too much” and she contacted Rethink. She has been receiving regular support from one of its workers ever since.

“I just didn’t know what to do any more, or how to understand the person I’m looking after,” she says. “Emotionally and physically, it really drained me, and I just felt that if I can’t be strong enough for this other person, it becomes really difficult for both of us.”

“It defies logic to close it now”

The carers’ service was “a huge relief, knowing there are people who understand what you’re talking about, and giving you advice on what to do… it just makes you feel not totally isolated”.

Cutting this service during the pandemic “defies logic to me”, Menzel says. “It’s dreadful that these services are being shut down, because this is what a lot of people actually need. You see it in the news now; more and more people are suffering from depression, and these are the places we need more of, not less of.”

The charity is “extremely disappointed” about Tower Hamlets Council’s decision, and has written to ask for it to be reconsidered, says Richard Walsh, associate director of advocacy and community services at Rethink Mental Illness.

“It is needed more than ever as our carers face additional pressures due to the pandemic with increased caring responsibilities, challenges accessing services and deterioration in the health of their loved ones.”

The number of people providing care to a loved one since the start of the coronavirus outbreak in the UK has risen by nearly 50 per cent, according to research by the Carers Week campaign from last June. One in four adults are providing unpaid care to an older, disabled, or ill relative or friend.

Since then, a September 2020 survey by Carers Trust found over half of unpaid carers (54 per cent) had given up or reduced paid work because of caring responsibilities during the pandemic, while according to the charity Carers UK the majority (81 per cent) of carers have been taking on more care since the start of the pandemic and nearly two thirds (63 per cent) are worried about how they will continue to manage over the winter.

The crisis comes amid a rapid rise in unpaid care in the past decade – a trend that long pre-dates Covid. The number of unpaid carers today is more than double the 6.5 million carers recorded in the 2011 census, at around 13.6 million according to Carers Week.

Quietly, it appears the age of austerity continues to shape economic decisions during the pandemic. The cruellest aspect of this style of “coronanomics” is the impact on care.

In areas with high demand for social care, more than 12,000 people have had their care package reduced in value since March 2020, and 4,700 have had their hours of support from local authority-funded carers cut, as reported by the Guardian, which sent freedom of information requests to 19 English councils.

Only 12 per cent of unpaid carers say they receive enough support from the social care system, according to the September 2020 Carers Trust polling.

“If there isn’t the resource there, it’s going to lead to more people hospitalised”

In Tower Hamlets, 64 per cent of the council’s core funding has been cut since 2010. In its draft statement of accounts for 2019/20, it cites the need to save £44m by 2022 “whilst meeting increased demand in adult social care, children’s social care and housing”.

After a decade of cuts from central government, councils are being forced to spend more on social care as the pressure mounts from an ageing population and the growing number of working-age adults in need of such care.

Beyond emergency cash injections for Covid-19 response spending, there is no long-term plan for local government funding, and the “clear plan” to overhaul the social care system promised by Boris Johnson when he was elected has yet to materialise.

Even under these pressing financial conditions, closing care services is counterproductive.

Projections based on polling indicate that by November unpaid carers across the UK had provided £135bn worth of care since the start of the pandemic in March – equivalent to saving the state £530m every day in that period, according to Carers UK.

Organisations like Rethink offer a preventative service, supporting unpaid carers so that they can do their vital – and valuable – labour without reaching crisis point or involving other services.

“We should be strengthening support rather than cutting back on it”

Carers’ own mental health and well-being is at stake, as well as that of the people they look after: in October 78 per cent of carers said the needs of those they care for had increased since the pandemic began in March, over half (58 per cent) felt more stressed and almost two thirds (64 per cent) had been unable to take any breaks from their caring roles, according to a survey by Carers UK.

“If there isn’t the resource of Rethink there, it’s going to lead to huge problems with mental health issues, people being hospitalised, domestic abuse, drugs and alcohol issues,” says Evans. “I’m shocked by this, I just think it’s so counterproductive in the basic economic sense of costing and benefits. It’s not as though it’s going to save squillions of council money.”

In the new year, the government announced a “landmark reform of mental health laws”, focusing on the disproportionate detention under the Mental Health Act of people from black, Asian and minority ethnic (BAME) communities.

In Tower Hamlets, which has a 69 per cent ethnic minority population, the majority of people who engage with activities at Rethink are from BAME backgrounds. The irony is not lost on some locals.

“The government’s recent white paper proposed reforms to the Mental Health Act aiming to introduce more culturally appropriate support, yet this service [Rethink], which caters to one of London’s most diverse communities, is being closed,” says Apsana Begum, the Labour MP for the local constituency of Poplar and Limehouse.

“While both local and national government pay lip service to ending the oppression faced by BAME and disabled people, the reality of austerity is a deepening of structural discrimination,” she adds.

“The pandemic has placed huge pressures on those with mental illness. We must be strengthening their support rather than cutting back on it.”

[see also: The other epidemic: how coronavirus triggered a surge in mental illness]