I think European equities tick a lot of the right boxes right now. Economies are recovering – indeed the first quarter of 2017 saw Europe once more grow faster than the US, having outpaced the world’s largest economy in 2016. Valuations are not excessive, either relative to the region’s history or the US equity market. Like almost anything, I believe European equities also look compelling relative to bonds. The final part of the jigsaw puzzle might have been earnings growth, but here too Europe is, at last, getting close to achieving a gold star.

Most of this has been known for quite a few months now and is part of the explanation for the better performance of Europe year to date. Even the euro has strengthened against the US dollar, from about $1.05 at the start of 2017 to $1.12 at the time of writing. Politics looks more settled, after the surprises of the Brexit vote last year in the UK and the election of Donald Trump in the US Presidential election. Perhaps a comment I made at the beginning of 2017, that “by the end of 2017 the UK and the US might look to have been the exceptions” when it comes to successful populist votes, seems more prescient.

Now that the political backdrop is perhaps more settled, with the UK’s potentially tragic Brexit decision an exception, how long can a resurgence of interest in Europe last? One threat is the gradual move towards ‘tapering’ by the European Central Bank (ECB) of its unprecedented quantitative easing program, and the support this provides economies by injecting cash to drive down the cost of borrowing and increase consumer and business spending. But it is already clear that this will be a very slow process. The economic recovery in Europe remains quite slow and inflation, outside the UK, is well below the ECB’s target of ‘below or close to’ 2%. At the same time, the damaging effect of negative interest rates needs to be avoided. 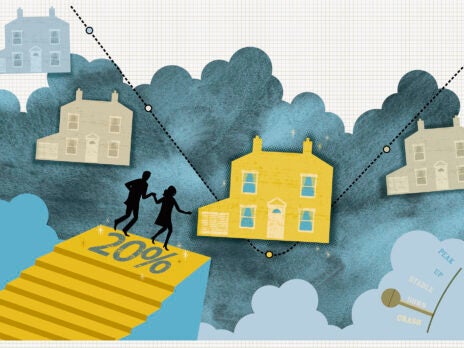 What could derail this market?

The one exception to what looks to be a relatively rosy scenario, in my view, remains the UK. The Brexit ball is rolling onwards, following the invocation of the now infamous Article 50, but the calling of a General Election was another distraction. The UK is still no closer to knowing what sort of Brexit is desirable, or more likely, economically feasible. Once the reality of debt, demographics and a weak currency become clear, I suspect that the UK market will continue to struggle against other European peers.

Elsewhere in Europe, economies look well set, and I suspect that more capital spending and investment are likely to be incentivised with tax cuts in Europe, again outside the UK. In this scenario, those capital investment-related names such as Siemens, Legrand and Atlas Copco should continue to do well. Luxury names, and auto makers, many of which have rallied hard so far in 2017, are likely to struggle due to subdued consumer demand. Financials have also seen mixed performance so far, with insurance underperforming banks. This seems an anomaly given the paramount importance of long-term savings to cater for retirement.

Before investing in an investment trust referred to in this document, you should satisfy yourself as to its suitability and the risks involved, you may wish to consult a financial adviser. The value of an investment and the income from it can fall as well as rise and you may not get back the amount originally invested. Nothing in this document is intended to or should be construed as advice. This document is not a recommendation to sell or purchase any investment. It does not form part of any contract for the sale or purchase of any investment. Issued in the UK by Henderson Investment Funds Limited (reg. no. 2678531), incorporated and registered in England and Wales with registered office at 201 Bishopsgate, London EC2M 3AE, is authorised and regulated by the Financial Conduct Authority to provide investment products and services.