With analysts predicting an exponential increase in demand for wireless data services, delivering future-proofed network infrastructure has emerged as a vital element in city planning.

Data consumption in Western Europe is set to rise from around 1.9GB per month to 18GB per month.

Millennials not only represent the workforce of tomorrow, they also represent a new generation of digital natives with no experience of a world without YouTube. Talk might be cheap, as the saying goes, but overuse of mobile data is not, which is why so many millennials – especially the 35% under the age of 25 – believe that paying for internet access is a thing of the past.

The way to avoid exorbitant mobile data fees is to switch to WiFi, but unless you have a serious caffeine addiction and are willing to sit in Starbucks or Costa all day, accessing consistent public WiFi remains a challenge for most. According to the Digital High Street 2020 Report, nearly 43% of UK consumers are frustrated by the lack of free, public WiFi networks.

How the Wolseley lost the battle for its soul 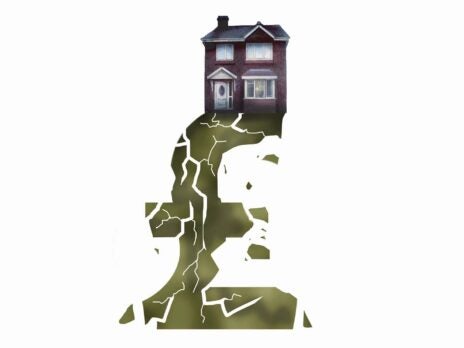 Who made more this year: you or your house?

Around one in four people (24%) would be more likely to stay longer in a town or city centre that offered access to free WiFi.

It’s clear that to attract digitally-engaged customers, especially the affluent under-35 millennial segment, city centres have to meet this demand for always-online connectivity. However, to be viable, free-to-use public WiFi is dependent on the quality of its underlying broadband infrastructure.

Since November 2016, residents, businesses and visitors in Edinburgh have been able to enjoy a new free-to-access public WiFi network across the city centre. It’s the result of a 10-year WiFi concession, agreed with intechnologyWiFi that has seen Council-owned street furniture made accessible for the new WiFi network.

In addition to providing opportunities for local advertisers to reach out to consumers directly, the new infrastructure has also helped to boost capacity on the existing 4G mobile data network and paves the way for the roll out of a future 5G mobile data network. So how has this been possible?

The answer lies beneath the pavements and roads of Scotland’s capital. Thanks to a collaboration between digital infrastructure builder CityFibre and local provider Commsworld, catalysed by the City of Edinburgh Council and driven by demand from local businesses, a groundbreaking 150km pure fibre optic network now criss-crosses Edinburgh. The resulting network establishes the city as the UK’s largest Gigabit City.

“It is a real coup for businesses and local services,” said James McClafferty, CityFibre’s Head of Regional Development in Scotland. “Since we launched the Edinburgh CORE network last summer we’ve delivered a truly transformational project.

“Future-proofing is key to all our Gigabit City deployments.” James continues. “When we build network, we are not just taking a single fibre into each site, we are laying down cables containing thousands of fibres, enough to meet the future demands of the entire city. What is more, with each new customer connection, we are extending the reach of our network to address even more sites across the city.”

That offer was further boosted in early 2017 with the opening of a 50-mile long dark fibre span linking the recently launched Fortis datacentre in North Lanarkshire and the Pulsant’s datacentre in western Edinburgh. This offers operating speeds of up to 100Gb/s between the two linked data centres. Businesses with offices in Edinburgh and Glasgow can now enjoy some of the fastest data connections in the UK.

The project started as a more humble installation, resulting from the UK Government’s Super Connected Cities programme. In 2014, when Commsworld first joined forces with CityFibre to deliver what was then a 40km-long network, The City of Edinburgh Council identified an opportunity to expand the network. A vision emerged to connect every school, library and Council-run site to the new fibre optic network.

“We wanted a network that could meet future need, enabling staff to be more mobile, paving the way for more online services,” explained Ritchie Somerville, Innovation and Futures Manager at The City of Edinburgh Council. “Edinburgh has always been at the vanguard of digital learning across our schools estate and we wanted to support that journey.”

The result is an education estate in which all secondary schools have access to a 1Gbps network, while all primary schools can access bandwidths of 100Mbps. Each system has full redundancy, with at least two fibres going into each school site. All Council libraries, a focus for community activity, are now on a 100Mbps network and Council offices across Edinburgh are also connected to the Edinburgh CORE network.

“We believe that Edinburgh now has the fastest school estate in the UK” says Ritchie Somerville. “Not only will our high schools be running on a 1Gbps service, they can dial that up to 10Gbps relatively easily in the future,” adds Ritchie. “That additional connectivity and flexibility is paving the way for the digital classroom of the future.”