I’ve lived in Britain for 14 years – first as a student, then as a university lecturer. But now it’s time to leave. This is no longer the country that I’d grown to love.

Back in my twenties, two things in particular shaped my decision to leave Germany and try my luck in Britain. For one, I admired British people’s ability to not take themselves too seriously and laugh at their own idiosyncrasies – a world apart from German rigidness and self-importance. I devoured British pop culture with excited disbelief. Never before had I come across anything like this. Brit pop bands sang about lazy Sundays and woodchip wallpaper, and a zombie movie saw the main characters take refuge in a pub, a quintessential British institution, only for almost everyone to die at the end.

The other pull factor was the British higher education system, which was not only world renowned for the quality of its research but, compared to Germany, also much more accessible, both for first generation scholars and postgraduate students wishing to pursue an academic career. I ticked both of these boxes and, when I first arrived, was amazed by how much time and effort was devoted by world-class researchers creating an engaging learning environment. In Germany, by contrast, universities are run by deity-like professors who typically rank their teaching duties very low on their list of priorities.

Tragically, however, things have changed dramatically in recent years. Not only has Britain’s narrative about itself dropped the uniquely self-deprecating tone, but the higher education system – once a source of pride – is losing its position as a global leader.

Brexit may yet force Scots to go it alone 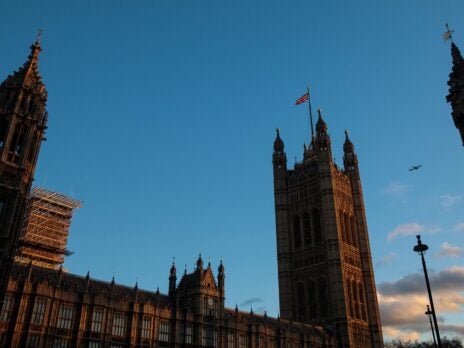 What does a meaningful parliamentary vote on Brexit actually look like?

I usually tell my students to be wary of oversimplified analyses. But let me tell you who, I think, is primarily responsible for these changes: a chummy right-wing elite that seeks to turn Britain into a neoliberal entrepôt economy, designed on the Singaporean model of deregulation and lax labour market policies.

The neoliberal project has been sold to British voters in a highly nationalistic language, promising the return of a Great Britain – a nation that once ruled the world and should be capable of doing so again. By harking back to past grandeur, British people are told to take inflated pride in their country, not poke fun at themselves. While large parts of society do not buy into this narrative, the truth is that these ideas of national superiority have intoxicated the political system and led to paralysing political polarisation.

Ironically, the result has been that Britain has become a laughing stock to the rest of the world. The way in which the political elite has handled the decision to leave the European Union, itself buoyed by the nationalistic “let’s take ourselves more seriously” narrative, is the object of global ridicule.

It’s not only the incompetence of the government but also the shenanigans of the opposition – paralysed by its leaders’ intolerance of dissent and passively watching the political system’s self-destruction from the sidelines – that leaves international audiences wondering whether they’re watching a particularly nihilistic episode of The Thick Of It.

Meanwhile, the neoliberal transformation of the higher education sector has reached an advanced stage, as universities have fully embraced managerial logics and business thinking. Most alarmingly, the interlinking of high-quality research and high-quality teaching – which is what set British universities apart globally – is being eroded in the greedy race for greater productivity and wider profit margins. Universities increasingly rely on zero-hour teaching assistants to cover the bulk of undergraduate courses, research time is being squeezed out of workload models, and marketing teams see students as customers rather than as members of a wider research community.

I’m sorry, Britain. You have been taken hostage by a self-interested neoliberal elite who has turned this country into a place I no longer recognise.

Last year, as an act of resistance against the toxic narrative of national pride, I produced a photography project that shows Britain as a crumbling island in the sea and its people as fragile, self-doubting humans. I approached the project as the British had taught me: don’t take yourself too seriously and use humour to “punch up” against ideas that tear at the social fabric.

But while I feel I’ve internalised some of the things that made me move to Britain in the first place, the country itself has changed significantly over the last fourteen years. I’ve tried hard to fit in, but neither do I feel welcome here anymore, nor do I want to see my job as researcher and educator being reduced to a set of key performance indicators.

Good luck, Britain, and I sincerely hope you get rid of those neoliberal bastards. But I’m off now.

Olli Hellman is a lecturer in politics at the University of Sussex.