Karen Bradley was on the opposite side of the EU referendum debate to Theresa Villiers and Owen Paterson, but all three have something in common.

The Northern Ireland secretary, like her predecessors, is neither properly respected nor held in high esteem by the politicians she deals with or the province’s public.

Mention Villiers in the company of a Belfast politician and chances are you will get a groan. Ditto Paterson, memorably described by Gerry Adams as a “complete tube”. 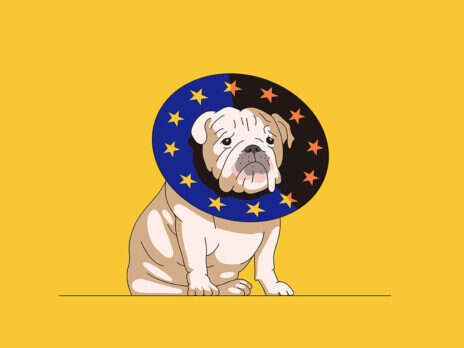 This analysis is easy. But it is also unfair. In reality, Bradley is one of the most important people in the cabinet, and to a government preoccupied by Brexit. To understand why, look to the European Research Group, and the launch of its proposals for the Irish border this morning.

It is the group’s most serious piece of work yet. Paterson and Villiers were front and centre, alongside David Davis and Jacob Rees-Mogg. Regardless of the (debatable) merit of the ERG’s plans – which propose solving the problem with customs co-operation, checks away from the border, data sharing and mutual recognition of standards – their prominence tells us something important about the Tory scrap over Brexit.

There is a reason that the two former Northern Ireland secretaries are wheeled out so often at times like this. It’s the same reason David Trimble, the former first minister and Ulster Unionist leader, was on the stage with them too.

Though it is seen as a peripheral brief for peripheral politicians, a Conservative secretary of state can speak to their party with almost unimpeachable authority on the issue of Northern Ireland.

Villiers was an asset to Vote Leave for that reason, and made its promise to keep the border open after Brexit. It is for the same reason that, as the cabinet wrangled over which customs model to adopt in May, Bradley was assigned by the prime minister to work on the Brexiteers’ favoured technology-based solution: it could not solve the border issue, was not wanted by Downing Street, and only she had the authority to kill it.

That should be a boon for May. The problem, however, is that her self-imposed red lines and lack of a majority give others else a veto over Brexit policy, regardless of how doughtily or successfully Bradley makes the case for what her leader wants.

Those others are the leaders of the DUP, who have helpfully endorsed the ERG’s plan. They have also demanded that there is no regulatory border in the Irish Sea, as well as no customs border. It holes Downing Street’s plans for meeting its red lines on avoiding a hard border, and maintaining the constitutional integrity of the UK, below the waterline. Months after it was thought to have been put to bed, Northern Ireland is back to add to May’s nightmare.