How did the Home Office get so out of control? How did a major department of state become so radicalised by the authoritarian right that it treats migrants like animals, expels British citizens, wastes public money on trying to defend these actions through the courts, and shows no apparent remorse over any of it?

The most obvious answer is that it’s learned behaviour: the department wins applause, from right-wing newspapers and politicians who seek those papers’ approval, every time it does something awful; it faces few consequences when it turns out that it’s got something life-ruiningly wrong, again. Unsurprisingly, with those incentives, the department has become increasingly hard-line.

[see also: Is Priti Patel making it illegal in the UK to rescue asylum seekers?]

So a few months ago I came up with a plan. To drag the Home Office back to the realm of sanity and decency, we should call for its abolition every time it does something terrible. By increasing the pain of doing racist things, we would give it an incentive to become less racist. 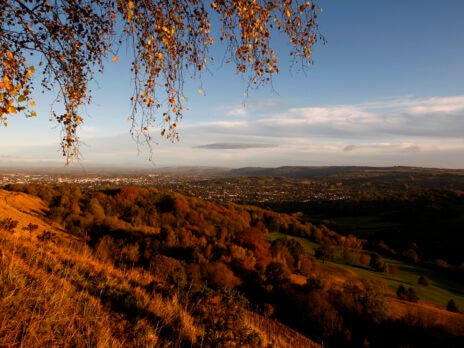 As it turned out, there were two problems with this plan. One is that shifting the Overton Window, by balancing existing extremism on one side with extremism at the other end of the spectrum, was pretty much my plan for fixing the housing market too, and look how well that’s gone. The other is that, the longer you look, and the more stories about Home Office cruelty and incompetence you read, the less salvageable it seems. Forget the rhetorical nonsense about incentives and the Overton Window: we actually need to abolish the whole bloody thing.

Here are some terrible things the Home Office has done over the past few months.

– It cancelled the UK passport of a 22-year-old cellist from Nottingham, Sheku Kanneh-Mason, who played at Prince Harry and Meghan Markle’s wedding, has appeared on Britain’s Got Talent, and in 2016 become the first black winner of the BBC’s Young Musician award, without bothering to explain to him why. (Both his parents are, in what I’m sure is a coincidence, immigrants.) It subsequently apologised.

– It refused to allow EU citizens travelling to job interviews to enter the UK, diverting them to immigration removal centres and then deporting them. A Home Office spokesman told the Guardian that “We require evidence of an individual’s right to live and work in the UK”, in direct contradiction of the department’s own advice that visitors without work visas may “attend meetings, conferences, seminars, interviews” and “negotiate and sign deals and contracts”.

– It told a man who was stranded in Jamaica for several years due to the Windrush scandal that, although his absence from the country was the government’s own fault, it would not be able to grant him citizenship because he hadn’t been in the UK for five years before his application.

– It has been so slow to process applications for EU settled status that half a million European citizens have been left in limbo, uncertain whether they will be granted the right to remain in Britain or not. These include a 45-year-old Spanish-born woman, who has been here since before her first birthday and has lost her job because the Home Office has left her unable to prove she has the right to work in Britain, and one of Britain’s last Holocaust survivors, who has been here for 73 years.

– It refused settled status to a ten-year-old girl, whose parents and brother have been granted it, due to a lack of evidence she was in the UK with them.

– It has repeatedly refused British citizenship to, and threatened the deportation of, a woman whose father came to Britain as part of the Windrush generation. The Home Office argues that she is not British, despite having a British father and five British siblings, on the grounds that she was born outside the UK – to be specific, on an RAF base in Germany during her father’s 13 years of service with the RAF.

Every one of these stories, incidentally, is from the past five months. Even Dominic Cummings, hardly free of authoritarian right-wingery himself, has come out in favour of Home Office abolition – although this also chimes with the “tear it all down and start again” agenda he’s followed for much of his career.

Anyway. The problem is not merely that the Home Office is cruel. Cruelty, to the sort of fundamentally amoral people that tend to become home secretary, clearly has a purpose, as a deterrent. No: the problem is that the Home Office pairs its cruelty with incompetence. Its cruelty is so scattershot that it’s often aimed at people who have a perfect legal right to be here and haven’t broken the rules in any way. If you can do everything right, and the Home Office might come for you anyway, then why bother sticking to the rules? Even from an amoral authoritarian point of view, it doesn’t stack up.

New leadership might help. Reform might help. But it’s hard to wade through that many stories of malice and incompetence and consistent inhumanity towards other human beings and conclude that anything less than a completely new institutional culture will be enough.

Abolish the Home Office; break it up for parts, transfer its functions to a new department or perform them elsewhere; then hold an inquiry into how a major civil service department became quite so in thrall to hard-right politics. By doing so, we’ll be creating a better country with a more competently administered immigration policy. And, perhaps, we’ll visit just a tiny fraction of the pain that the Home Office has caused other people upon the people who caused that suffering.