In just ten days’ time, the last vestiges of lockdown could finally be removed. The restrictions on our freedoms, introduced in March last year to combat the spread of Covid-19, have stayed in place for a lot longer than most of us seemed to envision at the time. (In a move that is, from at least some perspectives, hilarious, I wrote a “I am going slowly mad in lockdown” piece for the New Statesman a mere two days after the Prime Minister announced the restrictions.) But on Monday 19 July – “Freedom Day”, as the government is obnoxiously terming it, ostensibly because it already used “Independence Day” in June year – the last of those restrictions will be removed at last.

Sure, we can and should worry about whether this is happening too soon, whether enough of the population is vaccinated and whether the government’s gamble that herd immunity is finally on the horizon might turn out to be entirely wrong. But in the abstract, once the pandemic is behind us, and we can all agree it’s safe to ditch the restrictions that have ruled everything since spring last year, getting on with our lives will be universally seen as a good thing, right?

Wrong. Pollster Ipsos MORI asked some questions on behalf of the Economist and found that a significant minority of the electorate, far from being desperate to throw off the yoke of restrictions, want to keep them in place for as long as possible.

Some of the findings of this polling make perfect sense, by which of course I mean I agree with them. The polling finds hefty majorities in favour of keeping the requirement to wear masks in shops or on public transport, and maintaining contact-tracing to stamp on sudden outbreaks, until the pandemic is globally under control. 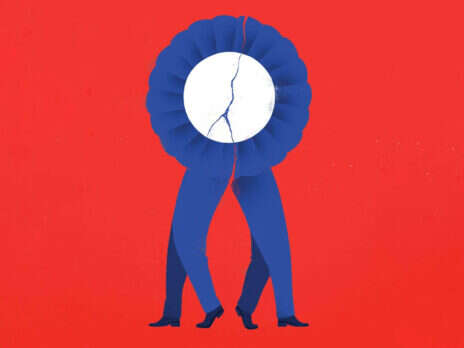 There are actually slightly larger majorities in favour of maintaining such measures “for a month after 19 July”, which feels a little arbitrary (who knows where we’ll be by mid-August?). But even if the pandemic is winding down here, the delightful way rich Western countries have hogged the vaccination programme means there’s no end in sight in much of the Global South, and we can’t keep restrictions in place forever. So perhaps “let’s wait a few weeks, see where we are then” makes perfect sense, too.

[See also: International coronavirus vaccine tracker: how many people have been vaccinated?]

The point when things get weird is when the pollster starts asking people if they think we should keep restrictions in place “permanently, regardless of Covid-19”. Some 40 per cent of the electorate support maintaining mask requirements for the foreseeable future, and approaching half think foreign travel should be for the vaccinated only. The latter feels, at first glance, like a good bit of carrot and stick to makes sure people get their jabs, but a) there’s very little evidence such incentives are needed, the vaccination programme has been hugely popular, and b) in a theoretical world where the pandemic is over, why would this be necessary?

More bizarrely still, 26 per cent of the great British public are in favour of closing nightclubs and casinos down forevermore, and 19 per cent back a permanent 10pm curfew. At this point it’s hard to see what Covid-19 has to do with these policy preferences at all: it’s just that a significant minority of the British population are ideologically opposed to fun. (Some genius – forgive the interruption, but I’m an absolute sucker for a decent pun – has given the chart showing the results of this polling the headline, “Sealing clubs”.)

Or more likely, they’re ideologically opposed to other people having fun. I may be about to jump to conclusions here, but it seems highly unlikely that the average 22-year-old tropical house fanatic is going to be telling a pollster they’re happy permanently shutting everything down at 10pm so they can have a nice cup of cocoa. More likely, I suspect, the people in favour of closing down the night time economy are those who never used it in the first place – perhaps because it’s noisy, perhaps because they’re several decades past the point when it was relevant to their lives, perhaps because they’re just plain mean. I may be being terribly unfair, but I look at that 19 per cent, and I see the same curtain-twitching, fun-hating, young-despising fear of change that has guided far too much of our politics these last few years.

Well: no. Absolutely not. It may be that we are unlocking too quickly. And it’s at least plausible that the government is about to make a terrible, costly mistake (have you seen their record lately?) But none of this changes the fact that the young have sacrificed a lot to protect their elders and, as soon as it’s safe to do so, they have a perfect right to stay out as late as they damn well please. The minority of the population that feel otherwise have no more right to reshape the world to their whims than they did before the pandemic.

And if you don’t like it? Tough. Other people exist, not all of their lives are like yours, and they have as much right to life and love and fun as you do.