We will likely remember the 2020 US election as “the coronavirus election”: the campaign season when the usual pageantry of rallies, conventions and canvassing evaporated into the air we were all suddenly fearful to breathe. Instead, campaigning has been relegated to the airwaves and the internet. And as people consume more information online, the pandemic is not only changing the geographical and physical manifestations of politics; it is pushing American discourse deeper into the depths of disinformation that threaten democracy itself.

In 2016 one or more hackers, thought to be Russian, stole Democratic National Committee emails and passed them to WikiLeaks, which published them online in July that year. In October 2016 thousands of pages of emails from the personal account of John Podesta, the head of Hillary Clinton’s presidential campaign, were published by WikiLeaks; US officials alleged that Russia was responsible. “I love WikiLeaks!” the then candidate Donald Trump said, following the breach.

Four years later, the government has still done remarkably little to tackle potential foreign interference. US officials, including the President, with his 85 million Twitter followers, spread disinformation – false or misleading information shared with malign intent – including Russian narratives about Joe Biden’s work in Ukraine that US intelligence agencies have labelled propaganda designed to denigrate Biden.

Possible foreign disinformation campaigns, such as Russia’s alleged interference in 2016, though corroborated through independent academic research, have become political footballs. The President lambastes politically inconvenient investigations as “fake news”, rendering the phrase meaningless and normalising similar attacks on the press by leaders in countries such as Poland, Brazil and the Philippines. 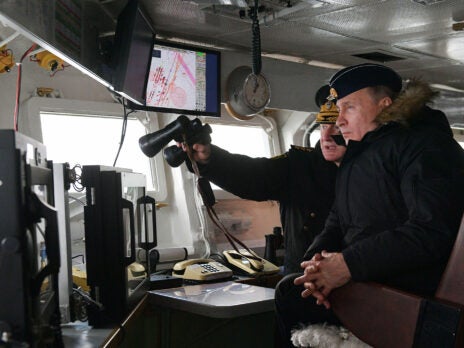 Putin’s aim is unchanged: to destroy the Ukrainian state, or turn it into a failed one 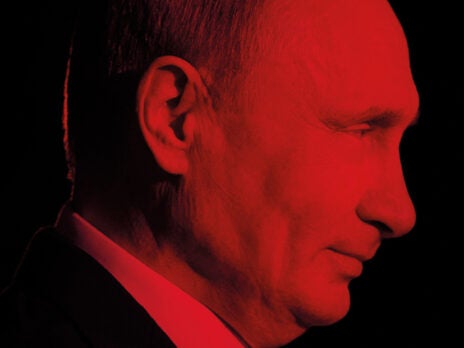 Leader: The West must stand up to Putin 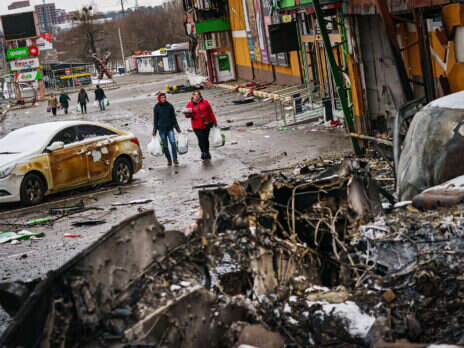 Dispatch from Kyiv: the madness of Putin’s war

Perhaps most disturbingly, Trump has, on multiple occasions, shared disinformation about the safety of mail-in ballots. The President’s claims that mail-in voting will lead to massive fraud, potentially involving foreign states, are false, and sharing them leads to increased distrust in the infrastructure of US democracy.

What could these disinformation campaigns – from Trump, Russia and elsewhere – mean in practice for the 2020 election?

Immunocompromised voters, unable to go to the polls in person and worried or confused about the security of their mail-in ballot, may decide not to exercise their civic duty. A foreign adversary, intent on creating chaos on election night and casting doubt on official results, might seed a narrative on social media that a swing-state election commission’s databases were hacked. An American fringe media outlet would likely pick up the claim, and the story would spread across networks of conspiracy-prone Facebook groups faster than election officials’ statements that the claim is fabricated. Americans’ belief in democracy and our trust in institutions, already faltering, could plummet.

So what can be done to protect the integrity of information surrounding the upcoming vote?

In the months before 3 November, Congress will likely not pass major regulations regarding online political advertising, let alone a counter-disinformation bill that governs how social media platforms and government entities respond to such campaigns. Social media companies will likely not suddenly develop the technologies or muster the volition to ferret out every foreign fake (they continue to struggle to moderate domestic disinformation, particularly when it comes from the President). Finally, Trump himself will likely not decry foreign interference, nor take a pledge against the use of disinformation at home, as former vice president Biden has done.

That leaves individuals as the first line of defence this election cycle. Recognising that disinformation runs on emotion, voters can practice “informational distancing” when they feel themselves reacting to a piece of content they encounter online; rather than immediately rage-sharing, they should give themselves the physical and temporal space they need to process that information and avoid being manipulated.

Voters should also not expect instantaneous results on the night; official results might take days to tally given that an unprecedented number of votes will be cast by mail and social distancing will slow down in-person voting. In that time, voters should seek and share information from official sources – state and local election commissions – and avoid politicians and punditry as much as possible.

The 2020 election will be an election in which disinformation dominates, but individuals can slow its spread.

Nina Jankowicz, the author of How to Lose the Information War: Russia, Fake News and the Future of Conflict, studies disinformation at the Wilson Center