The top one per cent are more likely to believe they achieved their status because of hard work than other socioeconomic groups, according to a new report by the Sutton Trust, a social mobility charity.

Using data from the Great British Class Survey and academic research, the report entitled Elites in the UK: Pulling Away? (which mainly explores the way London has become the “epicentre of the elites” in the UK), finds that the most economically privileged are most likely to cite “hard work” and other meritocratic narratives to explain their success, rather than luck or family wealth. 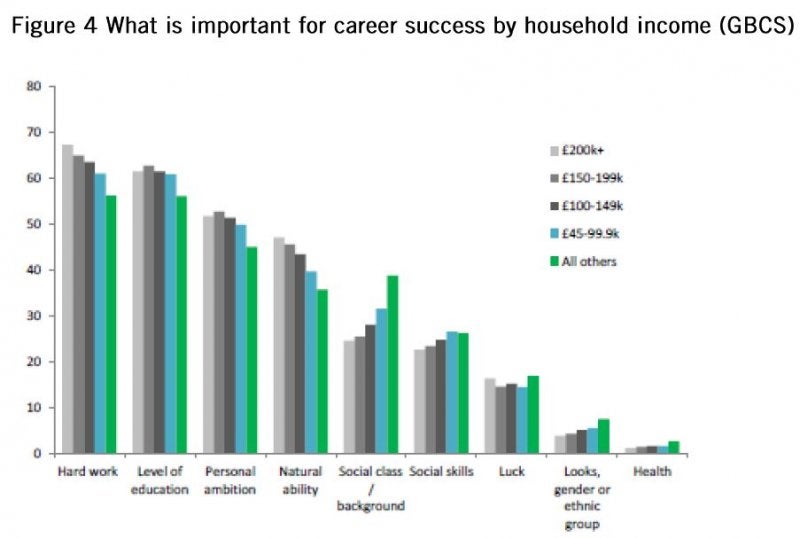 A majority of those among the top 1 per cent viewed high incomes as “meritocratically deserved”, according to the report. This means that the more economic advantage individuals have, the more likely they are to believe it is earned through hard work, natural ability, personal ambition and other forms of individual effort, than to believe that some people are born or brought up with more advantages.

“A much larger proportion believes that ‘hard work’ is essential or very important, than ‘coming from a wealthy family’,” reads the report’s analysis of other survey data on self-perception and belief in meritocracy from the 2009 International Social Survey Programme. 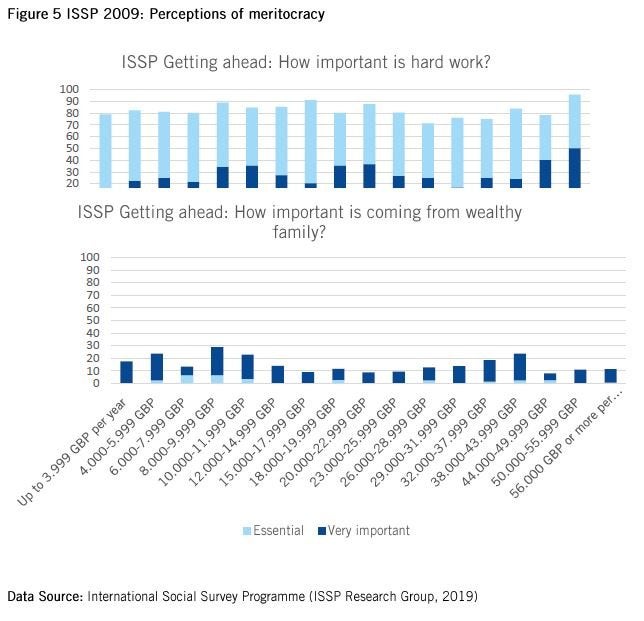 People with the highest family income were much less likely to consider a wealthy background as essential or very important for getting ahead than all other income groups – demonstrating that they are more likely to hold meritocratic views. 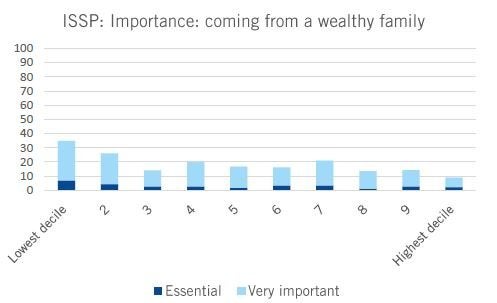 About two-thirds of people in the top 1 per cent of highest earners and the top 1 per cent of wealth distribution “explained top income shares with reference to meritocratic narratives”, when interviewed by one of the report’s authors, Katharina Hecht, postdoctoral fellow at the Andrea Mitchell Center for the Study of Democracy at the University of Pennsylvania.

Indeed, other research by Jonathan Mijs of the London School of Economics (LSE) shows that despite rising income inequality, this has not been accompanied by a rise in concern over inequality – this “inequality paradox” is also seen in internationally comparative data that shows meritocratic beliefs are stronger in more unequal countries.

A potential explanation for the lack of awareness of the role of privilege among the upper echelons is offered by Leeds University’s Dr Daniel Edmiston, who writes of the “poor ‘sociological imagination’ of the rich”. His findings suggest that “affluent individuals are less likely to acknowledge systemic features shaping socioeconomic life”, which may be because of the different experiences of the rich and poor – with the latter more likely to encounter structural constraints in their daily lives.

Nevertheless, the Sutton Trust paper shows that most of the public believe in meritocratic explanations of economic status – not just the 1 per cent. “It’s still very important to say this doesn’t make them distinctive in their beliefs, they’re actually very much in line with the general population,” Hecht tells me.

This is a helpful indication of why tax-the-rich and bash-the-billionaires rhetoric hasn’t proved electorally fruitful in the UK, as in the case of last year’s general election. During that campaign, a man on Question Time earning £80,000, who believed he wasn’t in the “top 50 per cent” of earners, let alone the “top 5 per cent” who Labour intended to tax more, symbolised the reason why these policies don’t appeal.

The British public are likely to misjudge where they sit on the socioeconomic scale – according to Hecht’s research, a majority of UK-based top income earners did not see themselves as belonging to the “top” group in society. This lack of awareness, coupled with a widespread belief in meritocracy, means politicians trying to reduce inequality in Britain will need to develop a different message.