A few years ago, Dr Adrian Massey was sitting in his clinic. His next appointment was with a couple: a husband and wife who worked in the same organisation had been jointly referred to him by their employer.

Dr Massey, 44, who had spent six years working mainly in A&E in the Midlands and the south of England, remembers the referral being “a bit vague”. The employer had told him that this couple simply wasn’t very well, and seemed under strain. “They were sick, they were sick,” is how he recalls it.

Dr Massey was shocked at the “inhumanity” of their employer, shoving their staff onto the occupational health treadmill when it was clear they were experiencing the most traumatic experience of their lives.

“Managers should be thinking: I have a husband and wife, who are bereft, and I don’t think a sickness policy is the right way to deal with it,” he tells me. “Why would you treat these people as sick? They’re not sick. It would be aberrant if they were at work, acting as if nothing had happened.”

Having qualified as that rare breed of doctor, an occupational physician, Dr Massey was witnessing first-hand what he describes as our “medicalised society” in his new book, Sick-Note Britain.

His controversial argument, from 17 years of helping people signed off work, is that doctors aren’t always the best judge of sickness – and that they too often debilitate people by unnecessarily classing them as ill. “Absentees who have been away from work for two years are more likely to die or retire than to return to work,” he writes.

“We have to be very careful about turning people into patients. It has an effect. And we need to be mindful of it,” he tells me. “I want to disavow people of their excessive confidence in the ability of doctors.”

In Sick-Note Britain, he laments that the antediluvian myth of the mystical, all-knowing “medicine man” has carried into modern life. “This faith in the capability of doctors is a comforting belief system,” he writes, and part of our “cultural heritage”. This is stopping society – our families and friends, neighbours, communities and, most importantly, our employers – from intervening when people suffer, and pushing it to doctors.

It’s an ironic argument, given we meet in Dr Massey’s clinic, where he spends most of his days calling and meeting patients alongside 20 other doctors. He works at Duradiamond, an occupational health company based on an industrial estate in deepest darkest East Sussex.

It’s not your average doctor’s surgery. A black Labrador called Humble paces around the office, poking his nose suspiciously through the door into the sparse boardroom, where we sit down for our interview. Clemmie, Dr Massey’s six-month-old golden brown Cockapoo, diligently chews the toggles on my coat as her master tells me about their workplace. 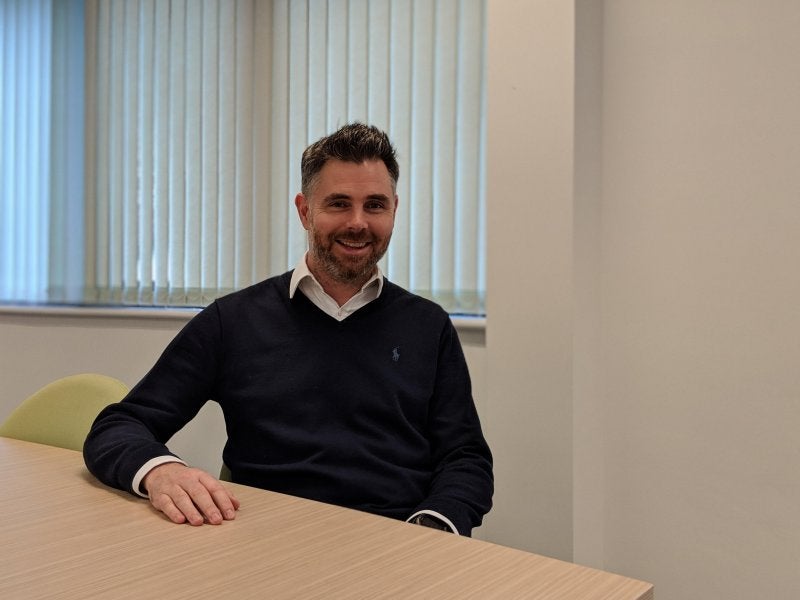 Most consultations are over the phone, usually over 45 minutes, rather than your average GP visit of less than ten minutes. Patients do also visit though, and doctors see them at offsite clinics or at home.

Now it takes 13 days on average for a GP appointment, Dr Massey’s clients sometimes come to him for primary care instead of leaving their workers to wait. “If people need some CBT [Cognitive Behavioural Therapy] or a knee MRI, for example,” he explains.

This is just one way the stretched NHS is shifting the burden onto other services. Another big area is mental health.

“NHS mental health services have been under greater and greater strain, employers have been signposting people to confidential counsellors at work, and that’s not always the right thing because people are too poorly for them,” says Dr Massey, who often finds workers being bounced from the NHS to occupational health when they are really too ill to work.

You may only associate it with someone readjusting your computer chair and teaching you how to sit, but occupational health is an under-explored and vital area of medicine. There’s no state provision, despite its pre-dating the NHS to the Industrial Revolution – when factory workers were physically suffering – and only around 400 accredited specialists like Dr Massey are in practice. And that’s for pretty much the UK’s whole workforce, other than hospitals and other workplaces that have their own occupational health and wellbeing provision.

From signing employees off with sick notes to the government’s notorious Work Capability Assessments for benefits, doctors – according to Dr Massey’s book – can be very little help. He wants to scrap GP’s responsibility for supplying sick notes, and fit-to-work benefit assessments, which he says “are harming people [and]… causing awful division in society”.

This is because the cases he so often faces require a societal, rather than medical, solution. To illustrate this in his book, he devises a new measure of hardship (the “Job scale”, after the Biblical figure associated with suffering): “1.4 Jobs for a kidney stone, 3.4 for an acrimonious divorce, 5.2 for someone feeling exceptionally depressed”.

After coughs, colds and aches and pains (musculoskeletal problems), the majority of people taking sick days are experiencing what he calls “pure stress” – unrelated to pre-existing mental illnesses.

“What you don’t want to do in medicine is end up treating the symptoms and not the cause,” he warns. “And there’s evidently something going awry in modern western life, because we’re seeing epidemic levels of mental ill health.”

Dr Massey sees the recent government pledge for social prescribing – referring patients to non-medical activities or wellbeing-based community support – as a good start. Yet still finds it an indictment of our society and health system.

“It’s a shame we’ve got to the stage where people whose main disadvantage is that they’re isolated and lonely need to be signposted to other people in their community by doctors,” he says. “Something’s gone wrong there.”

In Sick-Note Britain, Dr Massey describes a shift from the straightforward work-related diseases of our industrial past – like “vibration white finger, occupational cancers, deafness, people who couldn’t move quick enough out of the way of a steam hammer” – to modern psychological distress.

“The 21st century is radically different. It doesn’t fit a ‘disease model’,” he argues. “So in a work context, it doesn’t work to manage those things by traipsing people through medical assessments: you need to be more holistic in your approach and enlightened and understand that a lot of this is the environment the person’s in.”

He also sympathises with employers who cannot do everything to accommodate workers with disabilities or chronic illnesses, and politicians linking lower productivity to a greater proportion of disabled people in the workforce – a line that doesn’t fit with his identification of a wider malaise affecting workers in general.

Concerned about rising prescriptions of antidepressants, he asks whether doctors are over-diagnosing, or if people really are falling sick more often despite healthcare improving. (His conclusion? Yes, there is some excessive medicalising, but “there genuinely is now a lot more psycho-pathology”.)

Though controversial, his analysis stems from witnessing people suffering in a broken system – and he wants to change it. Accusing Ted Heath’s Conservative government of hiding unemployment figures with Invalidity Benefit (by classing out-of-work people as sick instead of jobless), he decries successive governments using this trick to disguise the ravages of deindustrialisation.

“They’ve caused intergenerational harm to people in the mining villages and the northern towns, which has gone on for generations,” he tells me.

Hence his argument to scrap benefits which are tied inhumanely to “health-related capacity for work”; and to direct those funds into more generous disability benefits available on demand, and unemployment benefits, where there’s no need to involve a doctor.

“There is a great responsibility on doctors to be sensible about the limits of their usefulness,” he says. Clearly his hope is that this message is useful, especially when coming from a doctor.

Sick-Note Britain: How Social Problems Became Medical Issues by Dr Adrian Massey is published by Hurst. He will be discussing the NHS with Molly Case and the New Statesman’s Phil Whitaker at Cambridge Literary Festival on 7 April. Book here.