MPs will have endured five long days of Commons debate on the Brexit Withdrawal Agreement before it is put to a vote on 11 December. As illustrated by our rolling list of nearly 100 Conservative MPs who have signalled they will not back the deal, the government is certain to lose.

Not that Downing Street is admitting this. Two cabinet ministers have been assigned to speak from the dispatch box on each of the five days of debate, three of which will be themed by policy area, according to a list circulated by opposition whips and seen by the New Statesman.

The first two themes chosen by the government – security and immigration, and the economy – are the areas on which the government believes its hand is strongest. The third, the Union, is arguably the subject on which has caused the most discomfort on its own benches for reasons of principle and political expediency, and that which will need the most work.

Of the nine ministers listed to speak, only three are Brexiteers: Andrea Leadsom, who will lay out the timetable at its outset, and Liam Fox, who will close the debate on the economy for the government. 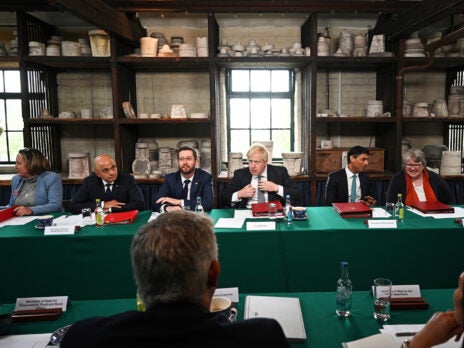 On Tuesday 4 December, Leadsom will bring forward the government’s Business of the House Motion, which will outline the timetabling and procedure of the vote. This will itself be subject to a debate before its approval. It is amendable, and sources close to the Commons leader fear that an amendment tabled by Dominic Grieve and sponsored by 15 other Conservative MPs – which would give parliament the right not just to vote on but change the government’s plan should the withdrawal agreement be voted down – could pass.

The government’s speakers for the subsequent debate will be Theresa May and Steve Barclay, the Brexit secretary.

On Wednesday 5 December, Sajid Javid will open the debate on security and immigration, with Jeremy Hunt closing. Diane Abbott and Emily Thornberry will respond for Labour.

On Thursday 6 December, Philip Hammond will open the debate on the economy, with Liam Fox closing. John McDonnell and Barry Gardiner will respond for Labour.

On Monday 10 December, David Lidington will open the debate on the Union, with Karen Bradley closing. Jon Trickett and Tony Lloyd closing.

The government is yet to confirm who will speak on Tuesday 11 December, the final day of debate before the vote itself, but the Prime Minister is likely to close.