The i newspaper today ran a story about the resignation of Kate Osamor, Labour’s former shadow international development secretary who was accused of misleading the public over her knowledge of drugs charges against her son, who worked for her.

But its picture above the story is not Kate Osamor. Instead, as spotted by talkRADIO’s political editor Ross Kempsell, it’s the Labour whip and Peterborough MP Fiona Onasanya standing with Jeremy Corbyn.


The caption on the picture? “Jeremy Corbyn with Kate Osamor, who is accused of threatening a reporter”.

Your mole has had a sniff around and discovered this image of Corbyn and Onasanya is the first that comes up when you search “Kate Osamor” on the stock image site for journalists Getty Images. 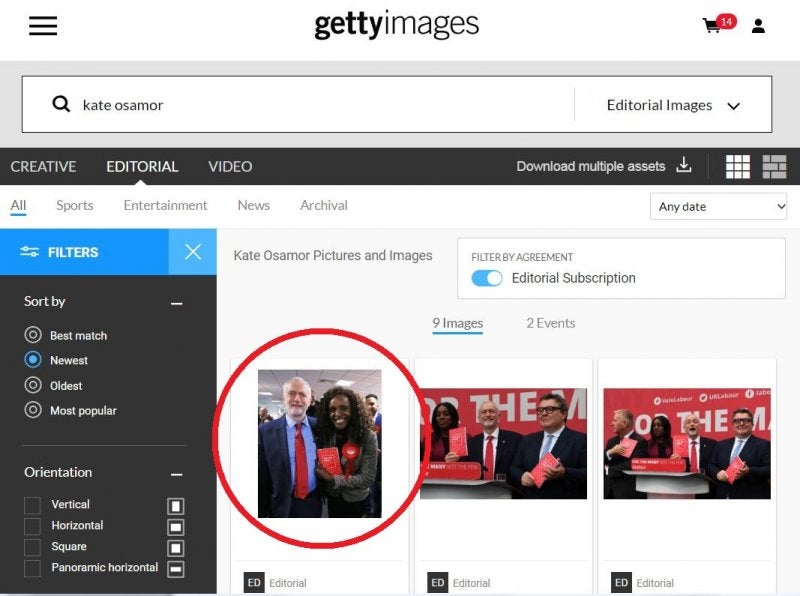 There is now a note on the picture, taken by a photographer for the news agency Agence France-Presse, instructing picture editors to “immediately remove the erroneous mention[s] from all your online services and delete it (them) from your servers”, as there are “erroneous mention[s]” in the metadata of the photo of Kate Osamor, rather than Fiona Onasanya.