It’s a Friday afternoon on Abington Street in Northampton. Snaking out from behind the grand Victorian Gothic arches and spires of the Guildhall, which houses the borough council, the town centre’s main thoroughfare is busy with shoppers.

Barely a ten minute walk away looms the glassy, angular edifice of One Angel Square, a modern office space clad with an armour of copper panels. It’s the now notorious home of collapsed and disgraced Northamptonshire County Council, which had to sell its shiny £53m new HQ – just four months after it opened – since it was effectively declared bankrupt in February. It now leases it from the buyer.

This building has become a symbol of the profligacy and poor management decisions of a county council that faced a £70m funding shortfall this year – and has cut its services to a “bare minimum”. It’s now only attempting to fulfil its legal requirements to vulnerable people.

Banned twice from further expenditure since February (by being issued two “Section 114” notices), it’s the first local authority in almost two decades to be officially ruled unable to deliver a balanced budget.

Following the advice of a damning government inspection, which found years of reckless budgeting and poorly managed outsourcing, the council voted to scrap itself last week. Northamptonshire will be run by two unitary authorities from 2020, instead of the current “two tier” model of a county council and seven district and borough councils.

It’s a move welcomed by Andrew Lewer, who has been MP for Northampton South since last year. The 47-year-old from Burnley, Lancashire, came up through local government, having served as the youngest council leader in the country from 2009-13 when the Conservatives led Derbyshire County Council. 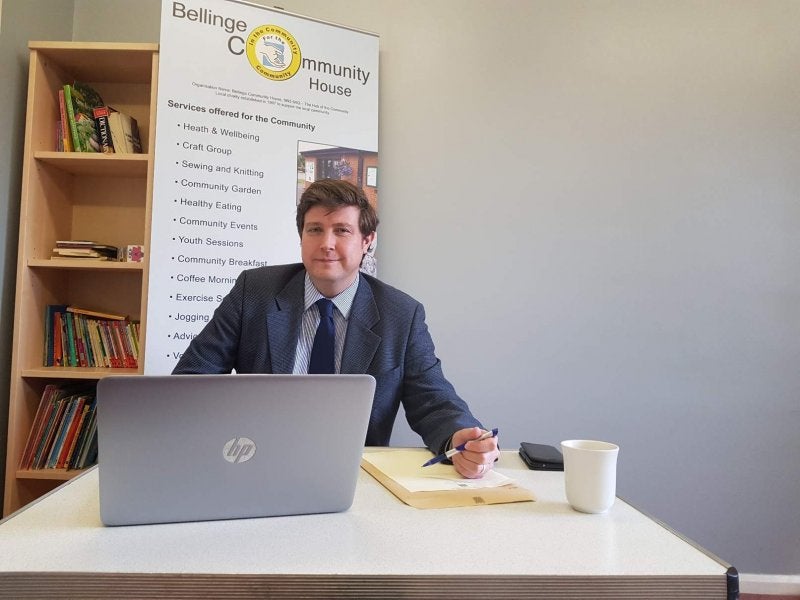 Representing the East Midlands in the European Parliament from 2014-17, Lewer knows the region – and its problems – all too well. So when a Local Government Association report on Northamptonshire’s financial woes came out last September, declaring “time is running out for Northamptonshire County Council”, Lewer was on high alert.

“Oh my God, this is really, really – it’s a terrible situation!” Was his reaction, he says, holding his head in his hands in mock-horror when I meet him in a café on Abington Street. He wears a tweed jacket with a stripy green shirt and spotty green tie to match. Over-caffeinated from a morning of meetings, he sticks to tap water for our interview.

Lewer recalls that very soon after, he and his fellow Northamptonshire MPs (all seven in the county are Conservative) – including Leader of the House of Commons Andrea Leadsom, Culture Minister Michael Ellis, and now Brexit Minister Chris Heaton-Harris – were condemning the Tory-led council. They released a joint statement in February saying, “the County’s financial problems are self-inflicted”.

The council’s years of incompetence are indeed a major factor in its downfall. One previous worker told me it had “passed the point of no return” over three years ago.

But the government’s haste to blame its collapse solely on mismanagement unique to this individual county council “glosse[d] over” its own role in local government crisis, according to Simon Edwards, head of the County Councils Network (CCN).

Lewer also warns this isn’t simply a Northamptonshire-specific problem – breaking from the government and his fellow MPs’ line on the crisis.

Lewer says councils that were “prudent” and have so far “managed to cope” will follow Northamptonshire.

“Bits have fallen off, there’s been problems, but most of them have held it together. But they’ve reached the end of the road with that now.”

Almost all county councils in the UK are Conservative-run. They are feeling the pressure, as they face a funding gap of £3.2bn over the next two years alone. East Sussex County Council announced last month that a cash shortfall was forcing it to cut services to a “core offer”.

“It’s Conservative authorities that are in the frontline for this,” says Lewer, who calls Northamptonshire the “early warning”.

“Two-tier, predominantly rural county authorities, whose funding model has not been as generous historically, certainly since the 1990s, are the ones that are in the frontline for this,” he says, arguing that a unitary system should replace the two-tier model. 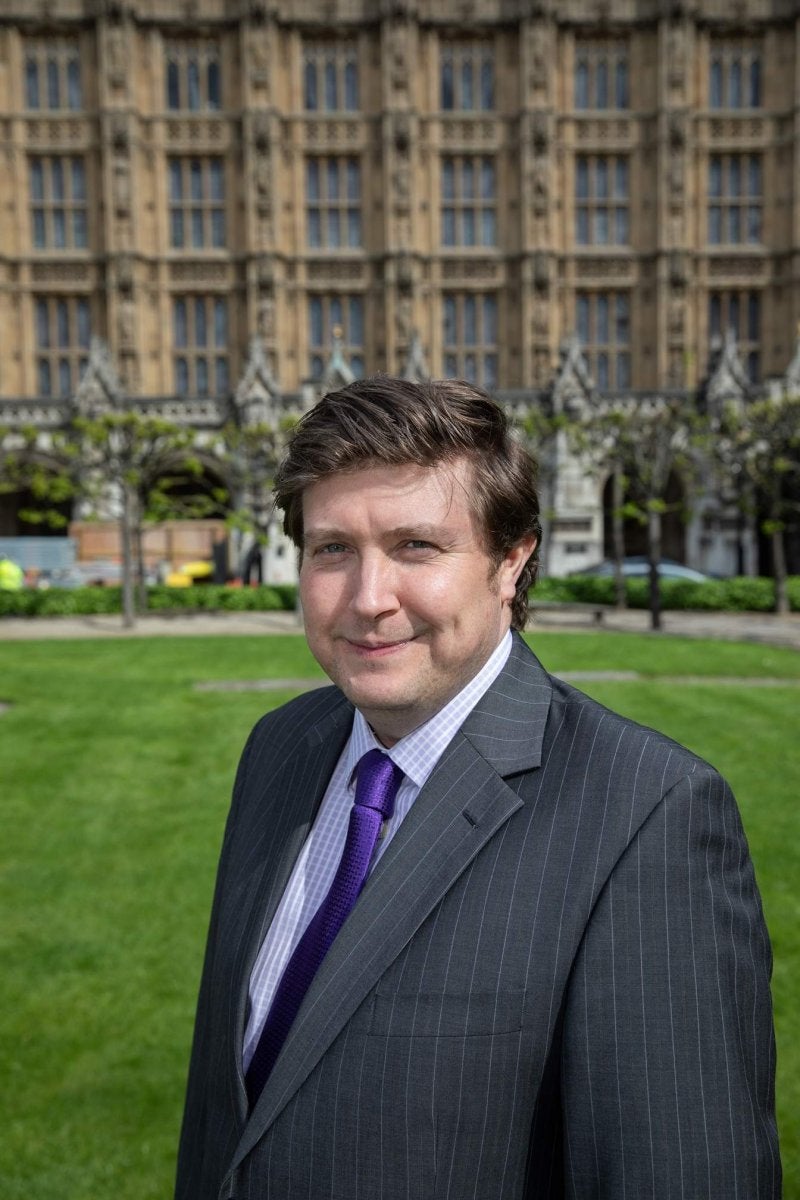 Lewer believes that the rising cost and archaic structure of adult social care is unsustainable. As a member of the Housing, Communities and Local Government select committee, Lewer was involved in the inquiry into long-term funding of adult social care, which reported in June.

This report highlighted rising costs and demand pressure from an ageing population, as well as reduced spending due to austerity. Since 2010, local authorities have suffered a 49.1 per cent real-terms reduction in core funding from central government.

Real-terms spending on adult social care has fallen by 5.8 per cent since 2010, and English councils are expected to cut nearly five per cent of the total budget in 2018/19. This is at the same time as rising demand: the number of people in need of care aged 65 and over increased by 14.3 per cent from 2010-17, and the number of adults with learning disabilities rose by around 20 per cent in 2009-14.

“It was clear that adult care costs were going to balloon,” Lewer says. “And if we weren’t careful how we funded adult care, and how local government was structured – and that’s how we fund it and not just levels [of funding] – then it was actually going to crowd everything else, almost like a balloon in a cardboard box that you blow up and it just squeezes everything else out.”

“I don’t think this can wait much longer”

Lewer warns that unless adult social care is radically reformed – his preference is for a Germany-style insurance scheme – then other services will suffer.

There’s a “danger of it crowding out all the other areas of local government expenditure altogether, and therefore degrading the public realm and preventing councils from doing anything else interesting or creative in their areas because they’ll be completely consumed in time but particularly in resource – with this and nothing but this.”

The government was due to publish a green paper on reforming care and support for older people this summer. There is still no sign of it.

“If [ministers don’t] come up with anything that’s particularly radical or exciting, then people like me – a member of the governing party – are going to have to stand up and say this isn’t good enough,” Lewer warns.

“I know we’re mired in Brexit and it’s difficult to do anything else, but I don’t think this can wait much longer.”

A Brexiteer himself, Lewer is not considered to be on the left of the Conservative party. Without being one of the so-called usual suspects, he hopes his intervention may make fellow Tories – and the government – take notice of the domestic crisis on their doorstep.

Last month, he wrote to Local Government Secretary James Brokenshire and Health and Social Care Secretary Matt Hancock to discuss the council funding crisis and urge that the true lesson of Northamptonshire is heeded.

“I think I’ve a useful role in that because I’m not on the soft left, Sarah Wollaston [the pro-EU health select committee chair] branch of the party who might be expected to say stuff like this,” Lewer tells me. “I’m in several other policy areas quite the other side of things. And therefore if she and I are saying this isn’t very good, I think people can probably conclude that it isn’t very good.”