What springs to mind when you think of Soviet gulags? Employment rights, freedom of expression and amateur theatre, surely?

This is the nostalgic alternative reality voiced by the students who run the official Twitter account of the LGBTQ+ Society at London’s Goldsmiths University. Your mole assumed it was a parody account at first but as it is followed by other Goldsmiths accounts, has since locked itself, and hasn’t defended itself thus, it so far appears to be legit.

In a surreal thread on the social media platform yesterday evening, the account published an eight-part thread “clarifying” what gulags are for those followers who had only ever of them as a “buzzword”.

Its defence of the brutal forced labour camps under Soviet rule – a penal system favoured by Stalin that killed nearly 2 million – came after it was condemned for joking about sending an online critic (who accused the account of sounding “a bit fascist” in a previous row) “to the gulag”. 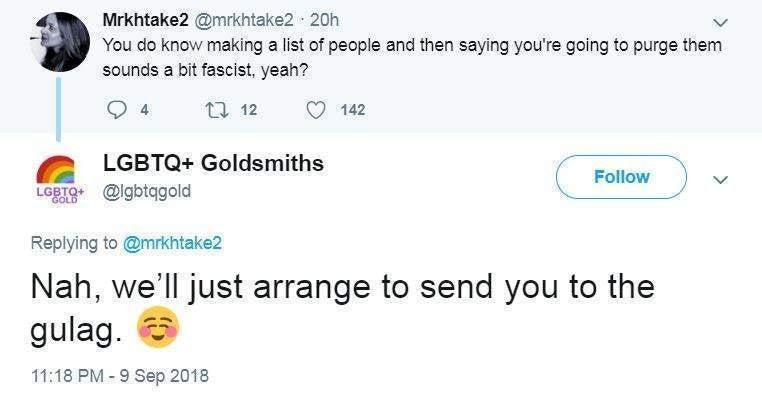 The next morning, the account launched into an extraordinary apologia for the dictatorship’s prison camps: 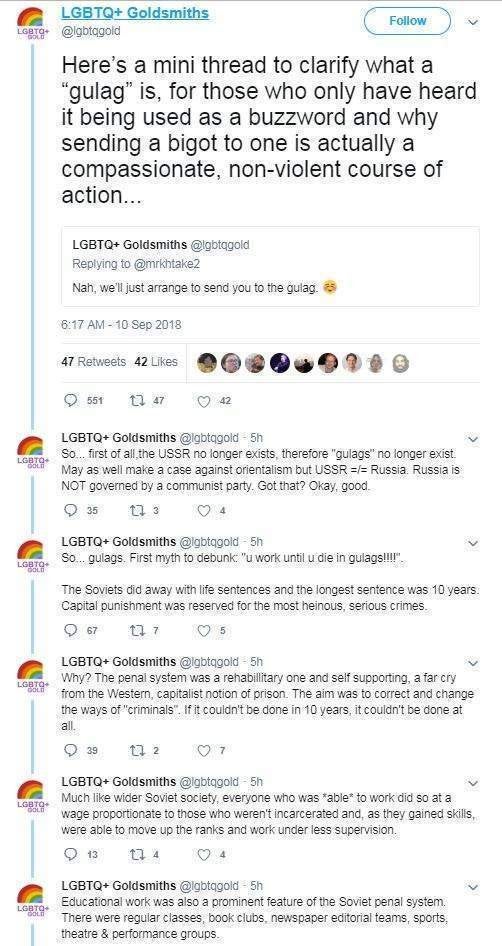