The longest bull market of all-time was recognised on 22 August by a number of institutions, including Bank of America Merrill Lynch and S&P Dow Jones Indices, edging past the previous record set between 1990 and 2000. Some disagree with the definitions of bull and bear markets, so the goalposts change depending on your view, but either way it has been an extraordinary period for US equities. Now, however, there are clear signs that we are entering the latter stages of the business cycle, which means a bear market is probably close.

For example, the S&P 500 Index is very close to its all-time record high of 2,872 set on 26 January this year, as illustrated in Chart 1. The pattern resembles what is known as a ‘double top’, which many analysts interpret as preceding an immediate or long-term reversal in price. That’s not always the case, but you wouldn’t be alone in taking on a bearish attitude as a result of this information. 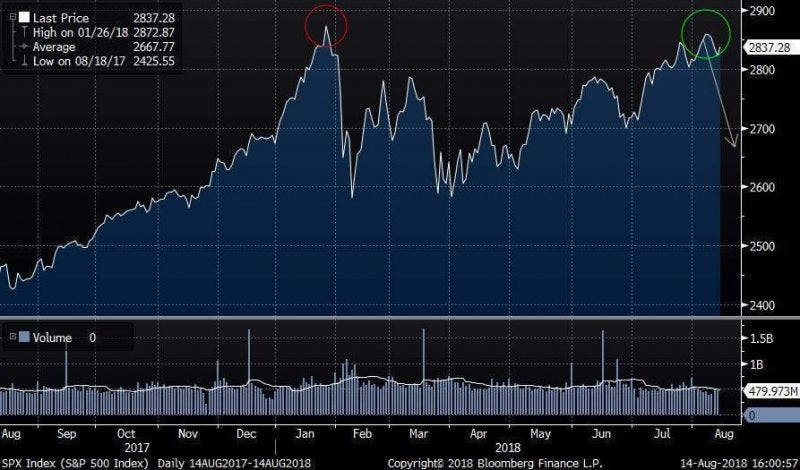 Rishi Sunak, the man who isn’t there

For investors and the companies they invest in, there is also an unsettling undercurrent of structural changes in society to contend with, including changing demographics, consumer behaviour, low-growth economics and technology-driven disruption. It might be fitting that this bull market breaks the record during one of the longest and hottest summers on record, but to quote the decade’s most popular TV series, Game of Thrones: “winter is coming”.

As bond and equity investors, we have to be very mindful of secular trends and structural changes, and be careful to accept the disruption that is going on. Technology is developing at a phenomenal rate and some of the numbers around this are scary. 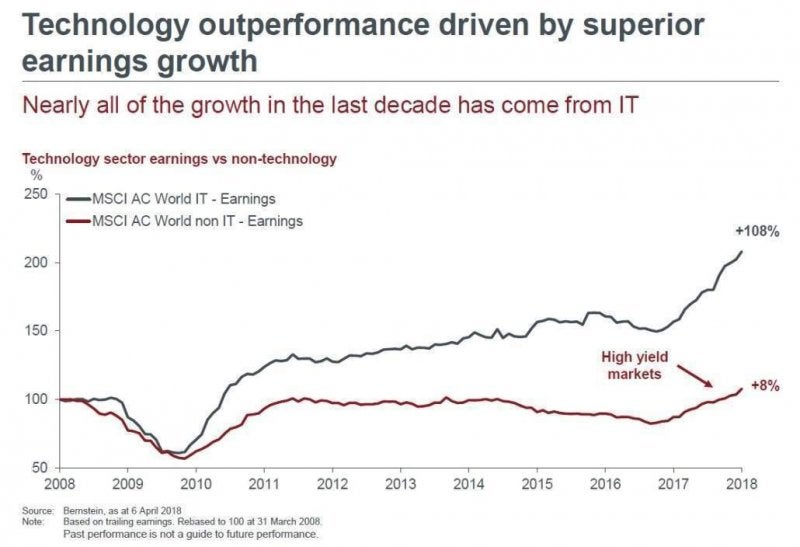 Chart 2 highlights the vastly superior earnings growth achieved by information technology (IT) firms since the last financial crisis, which has turned start-ups into behemoths with almost all of their valuable assets being intangible, digital and intellectually-based.

Information technology has powered almost every form of growth and development in the past 10 years. There are so many billion-dollar companies that did not exist 30 years ago, but the FANG stocks (Facebook, Amazon, Netflix and Google – now Alphabet) are probably the most well-known. And among them, the story of Amazon is perhaps the most impressive.

The e-commerce giant started life in 1994 as an online book store and has evolved into the second-largest retailer in the US, after Walmart. The company has gradually eaten into the market share of traditional retailers and entered markets no one would have thought about. Its membership programme, Amazon Prime, is an awesome customer acquisition tool with discounts on Amazon products and discount partnerships at various other outlets. Prime has a household penetration rate of between 40 per cent and 60 per cent in the US, according to Wall Street analysts, which only adds weight to Amazon’s frightening disruptive capability.

For example, Amazon announced it would enter the home security market with its February acquisition of Ring, which offers a do-it-yourself, state-of-the-art home security system, Ring Alarm, that undercuts similar products offered by market leader ADT and Google’s Nest Secure product. ADT floated in January with an initial price of $14 per share, but fell as low as $7 in the aftermath of Amazon’s announcement and now the company faces a daunting battle against a serial disruptor.

We owned ADT bonds before Amazon entered the market; and we thought the company was a relatively unexciting, low-margin, defensive business. We struggled to sell the bonds, which were long-dated, but we did buy protection against defaults using credit derivatives. Eventually we found someone more optimistic than us to buy the bonds from us, and now we are net short on ADT. That means we are now positioned for ADT to fail because we would make more money for our clients should the spreads on ADT bonds widen.

Another recent example of Amazon’s frightening reach across industry came in June when it revealed its intention to acquire US online pharmacy PillPack for a reported $1bn. Soon after the announcement, some $14bn was wiped from the market cap of the US drug distribution industry, according to analysts at Reuters. These are simply the most recent examples of Amazon’s disruptive reputation, there are plenty more to tell and we’re pretty confident there will be plenty more to come, too.

The point is that this is all massively deflationary. Economies of scale, whereby behemoths like Amazon use their might to undercut rivals in new markets, means the prices of goods comes down. We are all used to seeing reduced prices or deals whereby you can buy a number of goods for a similar price to a product on its own.

We are used to disinflation (slowing down of inflation) and sometimes deflation (opposite of inflation). We live in a world where people expect a discount, are given a discount or where retailers will throw away their margin and just give you a discount sometimes without anyone asking for it; and that is a generational change.

For these reasons, we are very wary of value investing, which means investing in assets that appear under-priced; we think a lot of value businesses are cheap for a reason – they are value traps and are probably going bust. Value managers will give you a different take but we think there are structural changes going on in the economy and disruption is one of them, which would explain why quality growth, we think, will dominate for a few years. That’s another way of saying we think bond yields will remain quite low going forward and would favour a growth strategy.

If you’re in the other camp, you think reflation is coming, in other words inflation is rising and interest rates are rising in a cyclical upturn and you would expect value to start outperforming, but we see scant evidence of that. That’s a very important point for how we frame our arguments in the bond world – with an occasional equity hat on.

Henderson Diversified Income Trust’s (HDIV) net asset value per share (NAV) has come under pressure in 2018, which is typical of the latter stages of the business cycle. It’s a tough period for bond investors with yields generally low, but we are positioning the portfolio to be resilient under market stress.

That means we are avoiding industries and sectors in the crosshairs of disruptive enterprises; and companies operating in the spaces where economic and demographic shifts could pull the carpet from under their feet.

The average maturity of our fixed income portfolio is between 6.5 and 7 years, which is long relative to historic levels but it’s what you want in a deflationary environment; and we have reduced the portfolio’s net gearing as we are mindful of being too highly leveraged heading into a bear market. Loans have outperformed high yield corporate bonds this year. About 9 per cent of the portfolio is invested in loans, but increasing that exposure would have meant cutting the Trust’s dividend, and our priority is providing a diversified income stream for our shareholders.

Our strategy rests on buying long durations in high quality companies that have a good reason to exist; which are typically non-cyclical, large cap companies that will pay a reliable, sustainable and realistic coupon. We are keeping our eyes open to the structural changes shaping the world’s developed economies and we are confident the Trust is well positioned to thrive as these changes take effect.

Bull market: A financial market in which the prices of securities are rising, especially over a long time. The opposite of a bear market.

Bear market: A financial market in which the prices of securities are falling. A generally accepted definition is a fall of 20% or more in an index over at least a two-month period. The opposite of a bull market.

To hear more about the disruptive influence of Amazon and the changing shape of consumer economics, you can listen to John’s latest podcast here.

Before investing in an investment trust referred to in this document, you should satisfy yourself as to its suitability and the risks involved, you may wish to consult a financial adviser. Past performance is not a guide to future performance. The value of an investment and the income from it can fall as well as rise and you may not get back the amount originally invested. Nothing in this document is intended to or should be construed as advice.  This document is not a recommendation to sell or purchase any investment. It does not form part of any contract for the sale or purchase of any investment.